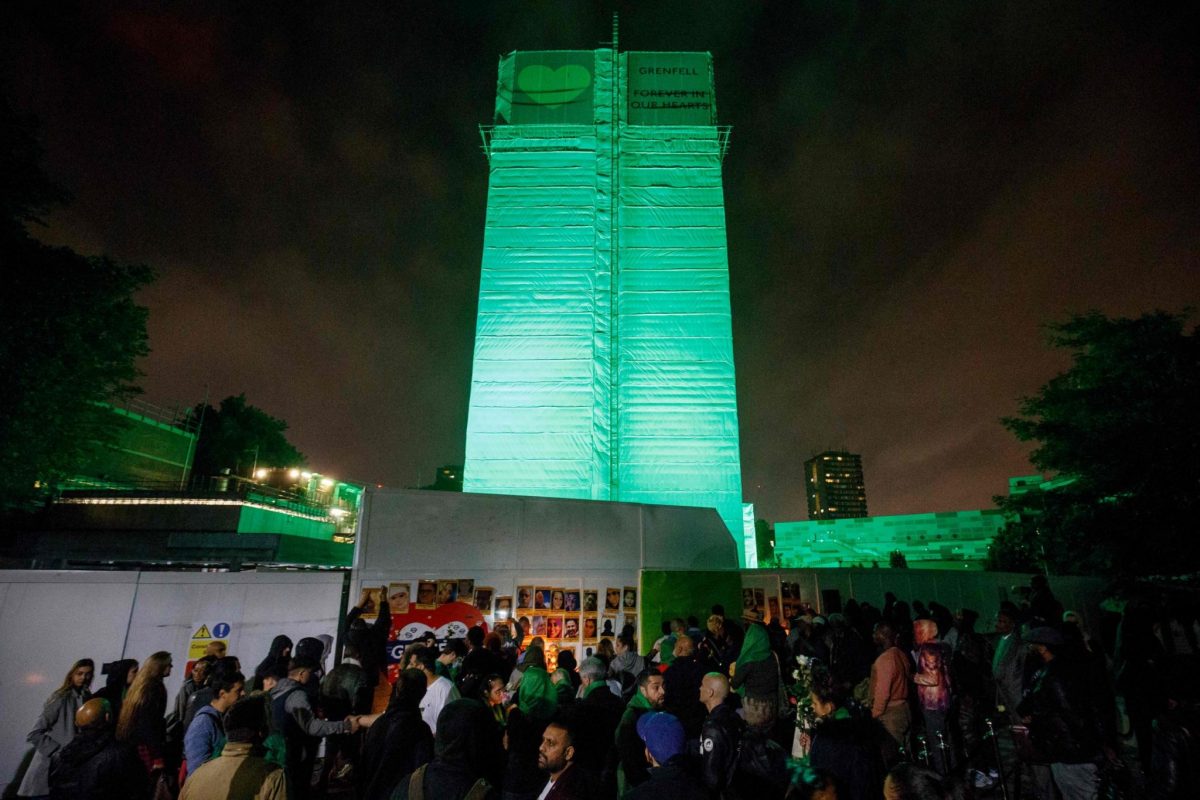 Hundreds of people have taken part in a silent procession, to honour the 72 people who lost their lives in the Grenfell Tower fire a year ago. This follows the memorial service held at St Helen’s Church in west London.

Labour MP David Lammy said it was ‘bittersweet’ that the community had celebrated their unity but mourned those they had lost. A 72-second national silence was also held at midday. The silence was mirrored across the country, through government buildings, Parliament and by the Queen and the Duchess of Sussex on a visit to Chester. Bereaved families were invited to light candles in memory of those they lost in North Kensington Church. Everyone who attended wore green, a colour that was adopted by survivors and relatives of those who died.

Mayor Sadiq Kahn and the Duke of Kent laid wreaths during a service, with singers Stormzy and Adele attending the event also. Names of the victims were read out at 01:30 BST during another service in the area, in St Clement’s, where people fleeing the blaze at Grenfell gathered on the night of the fire. Theresa May wrote on Twitter that she wanted to ‘pay tribute’ to the ‘family, friends and loved ones for the strength and dignity they have shown’.

One survivor, Natasha Elcock, who was one of the last to be saved, praised the response from the community. Speaking to BBC Radio 4, she said: