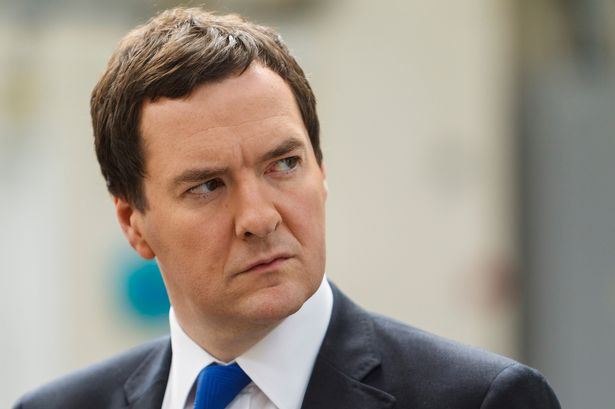 Former Chancellor of the Exchequer George Osborne has proven that he is indeed omnipresent.

It was announced yesterday that Osborne is to become editor of the London Evening Standard newspaper, adding an extra £200,000 to his income according to reports.

The problem is not that he’s got himself another job. The problem is that he now has six jobs and is editing one of the UK’s most influential newspapers while still being a Conservative MP.

When asked about concerns about political neutrality, he said he will be “independent” and “fearless” in speaking up for Londoners’ interests while editing the magazine.

Opposition MPs (believe it or not, they do exist, regardless of what it appears to look like in the mess that is currently Parliament) are outraged by the appointment with Jeremy Corbyn (yes – he is still leader) branding it as a “joke” on Twitter.

Osborne’s new job will take up four days a week and allow him afternoons off to spend time voting in Parliament and spending time in his constituency of Tatton, Manchester.

It was said today too that the 45-year-old is “London through and through” – something he has admitted to himself – which obviously contradicts what I’ve just said. His constituency is in Tatton, but he cares about Londoners’ interests so much it’ll mean four days a week being spent on them.

Now, here’s the part you’ve been waiting for: his five other jobs:

He earns £74,962 a year for this and would have a sliver of a chance of deserving it if he actually put some effort in.

3. Chair of the Northern Powerhouse Partnership

Okay, so this one is unpaid. But it’s not working, is it? Look around us in the north east. Where is that northern powerhouse at? I don’t see it anywhere…

4. Kissinger Fellow at the McCain Institute

Another £120,212 stipend to cover travel and research costs for Mr Osborne. I wonder how he’s going to do all of this work, especially as being an MP is enough work at the best of times…

Finally, we’ve reached the end. For this one, Osborne has been paid nearly £800,000 for engagements since July last year. It’s actually madness.

So, young people, next time you’re off to work and slaving your guts out for something other than the Living Wage, remember that the man who played a part in “compassionate Conservatism” is getting paid £650,000 a year for two days’ work.