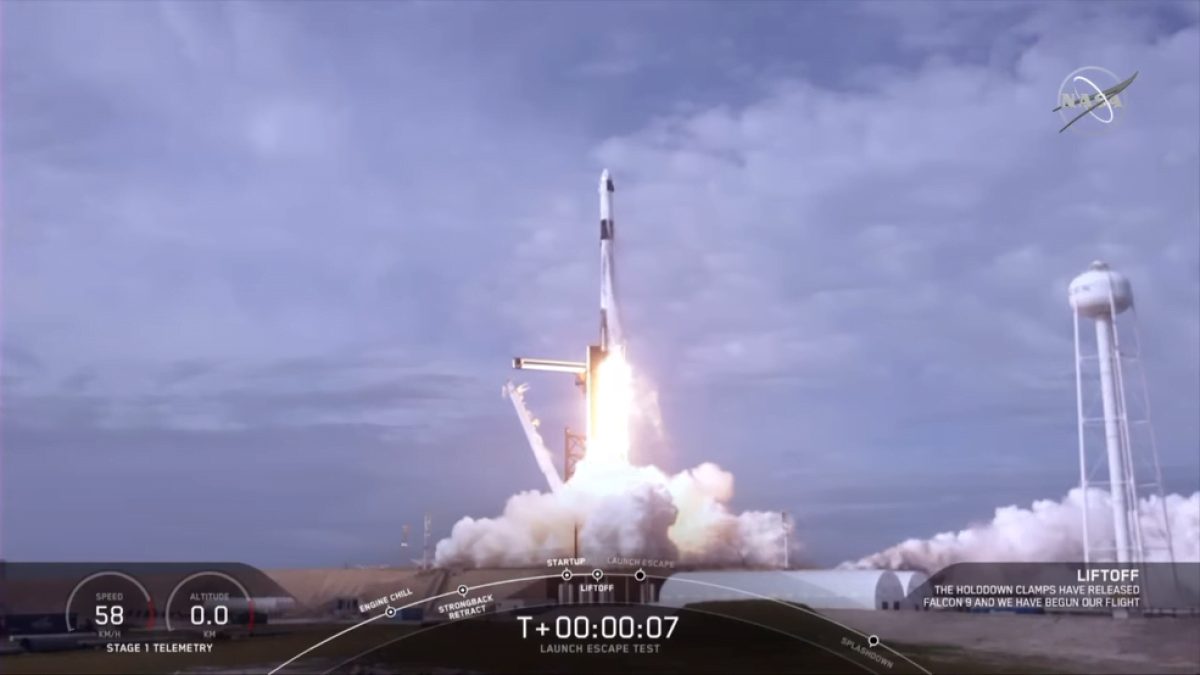 On January 19th 2020, SpaceX had their second “Crew Dragon” demonstration mission, launching a Falcon9 rocket whilst carrying the Crew Dragon capsule. However, this particular launch was unlike any other that SpaceX has done before. One minute and 37 seconds in, the Falcon rocket exploded. Now, SpaceX is no stranger to “ rapid unscheduled disassembly “ as Elon Musk called it a few years back, but this was not unscheduled. Instead, it was a planned detonation to prove safety for SpaceX passengers on their way up to space.

To begin with, it’s not a far stretch to ask how on earth blowing up a rocket mid-flight could prove the safety systems of the Falcons and make astronauts more comfortable with their ride to space. So to understand this we need to differentiate the Crew Dragon from the Falcon 9. The Crew Dragon is the door to SpaceX’s plans on a commercial ride to space. It is designed as an upgrade to their Cargo hold (“Dragon 1”) which will allow for a manned flight to the International Space Station. This is in contrast to the Falcon 9, which is a booster for the Dragon and has the ability to propulsively land. The Crew Dragon system is also a testing ground for SpaceX, as they have plans of earth-to-earth travel with rockets. So to begin with they are making a smaller, and more typical system for transport

So why did SpaceX blow up their shiny new Dragon? To answer, they didn’t and this was the whole point of this mission: to demonstrate the Dragon’s in-flight abort system. It’s no secret that rocketry is dangerous, considering a rocket engine is a controlled explosion pushing on the rocket with extreme forces. It’s no surprise that there is always a chance for failure, and this is where Launch Abort Systems arise. Instead of crossing your fingers when you launch, engineers have designed systems to protect astronauts from the risk of an explosion below them.

In the case of the Falcons, this is in the form of eight liquid-fueled mini rocket engines called “SuperDraco”s. These engines are able to lift the Dragon extremely quickly away from the Falcons in the event of an error. And this mission was a demonstration that the Dragon 2 would be relatively unscathed in this event. With a follow-up, demonstrating the water landing procedures of the Dragon, along with the teams in place to rescue any astronauts in the event of an abort.

Some other details about the launch are that this was the fourth flight for this Falcon Nine booster. SpaceX has a program where they launch, land and relaunch booster, this particular booster was reflown three times before its inevitable and intended death. This fourth launch, even though short, demonstrates further SpaceX’s plans for reusability. Whereas other companies would have needed four individual boosters, SpaceX was able to launch three missions and a demolition test all with one 90 million dollar booster. This requires little to no maintenance other than safety checks.

Under a decade ago it was deemed impossible to land an orbital class rocket, now when one is destroyed after merely three launches, it seems wasteful. As companies such as Blue Origin and Rocket Lab turn their attention towards reusable systems, it’s becoming clearer that Space Travel is entering a new wave of progress, as we move away from water pollution and waste.