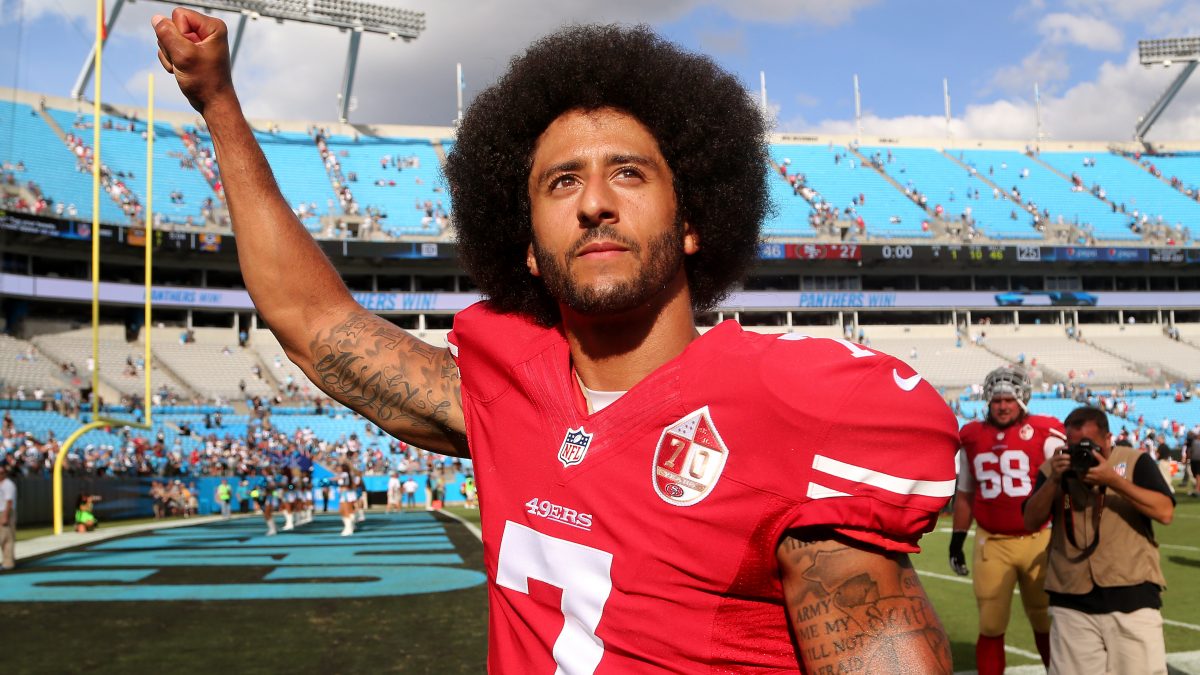 But like, actually awarded. Not just a pat on the back.

Yes, 2016’s hot topic American football star Colin Kaepernick has been awarded the Sports Illustrated Muhammad Ali Legacy Award. He won by using his position to promote change, given that he sat during the US national anthem last year to protest over the ongoing racial injustices black and POC still face.

Beyoncé said: “[Kaepernick] took action with no fear of consequence or repercussion.

“[His] only hope [was] to change the world for the better. To change perception, to change the way we treat each other, especially people of colour.”

He promoted a surge of people, celebrity or otherwise using the hashtag #takeaknee. Trump threatened NFL players that they would be fired should any of them stand (or kneel) with Colin. Kaepernick was dropped by the San Francisco 49ers earlier in the year and has yet to find a team since.

He was even given a line in Eminem’s spoken word attack on Trump.

I appreciate you @Eminem ✊🏾 pic.twitter.com/nwavBwsOkQ