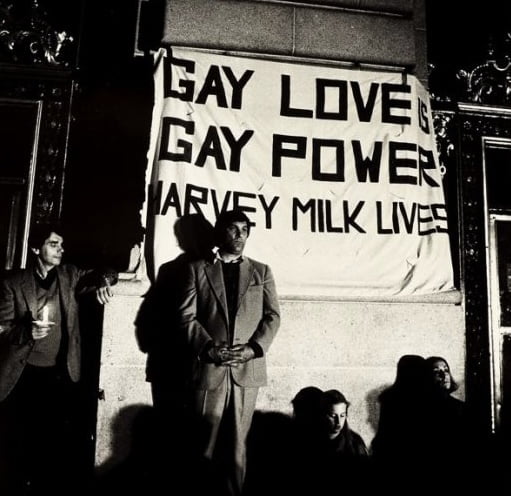 Harvey Milk was elected as an official for California in 1978. He was the first openly gay man to achieve this and, as a result, Milk encouraged people to come out and be proud of their sexuality.

He was a pioneer for equal rights, but was assassinated in the same year he was elected.

And because of the normalised homophobia of the time, Harvey Milk never received the justice he was owed, and his successes have been lost in the pages history.

Milk lived a life dedicated to equal rights. His short time in office was spent helping to defeat the homophobic and discriminative Proposition 6 – an initiative which could have allowed schools to fire gay teachers simply for being gay.

As a politician, Milk also took part in setting up day cares for mothers, converting military facilities into low-cost housing, and advocated for safe neighbourhoods with better policing.

Due to Harvey’s refusal to hide who he was, he faced death threats daily and he knew that it was a very real possibility that he could be murdered.

In November 1978, when Dan White snuck into the San Francisco City Hall and assassinated both Harvey Milk and Mayor George Moscone, many Americans were outraged.

That same night, thousands of people marched to the City Hall and held a candlelit vigil in honour of the man who had made such an impact on the lives of so many. 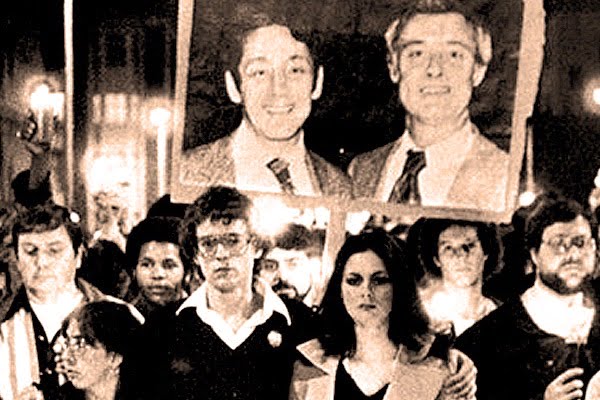 Milk had recorded a video tape in case of an assassination, in which he encouraged people to come out. His teenage nephew, Stuart, and countless others, announced their sexuality after hearing the news of Milk’s assassination.

There were gay rights marches that followed – and a particular march in DC included the chant: ‘Harvey Milk lives’.

The politician helped countless of people feel comfortable with their sexuality and highlighted the importance of taking action on the issues you are passionate about. He not only inspired the LGBT community, but also women and minority groups.

Yet justice did not follow the murder and Dan White was charged with manslaughter, sentenced to just seven years in prison. His attorney argued that White could not be held accountable for his killings as he had eaten too much junk food on that day.

Given that he assassinated government officials, it is clear that the sentence was light because of homophobic prejudice towards Harvey Milk. What followed White’s prison sentence was the White Night Riots. Enraged citizens stormed the City Hall and police cars were set on fire. Officers responded by vandalising gay businesses and beating gay people on the streets.

Harvey Milk’s assassination was not taken seriously because he was openly gay and was a serious threat to the homophobic agenda at the time, promoted by the likes of Anita Bryant and their anti-gay proposals.

Since then, Milk’s courage has been praised by Barack Obama, who awarded him a Presidential Medal of Freedom posthumously.

Harvey Milk Day is now celebrated on his birthday every year, 22nd May.