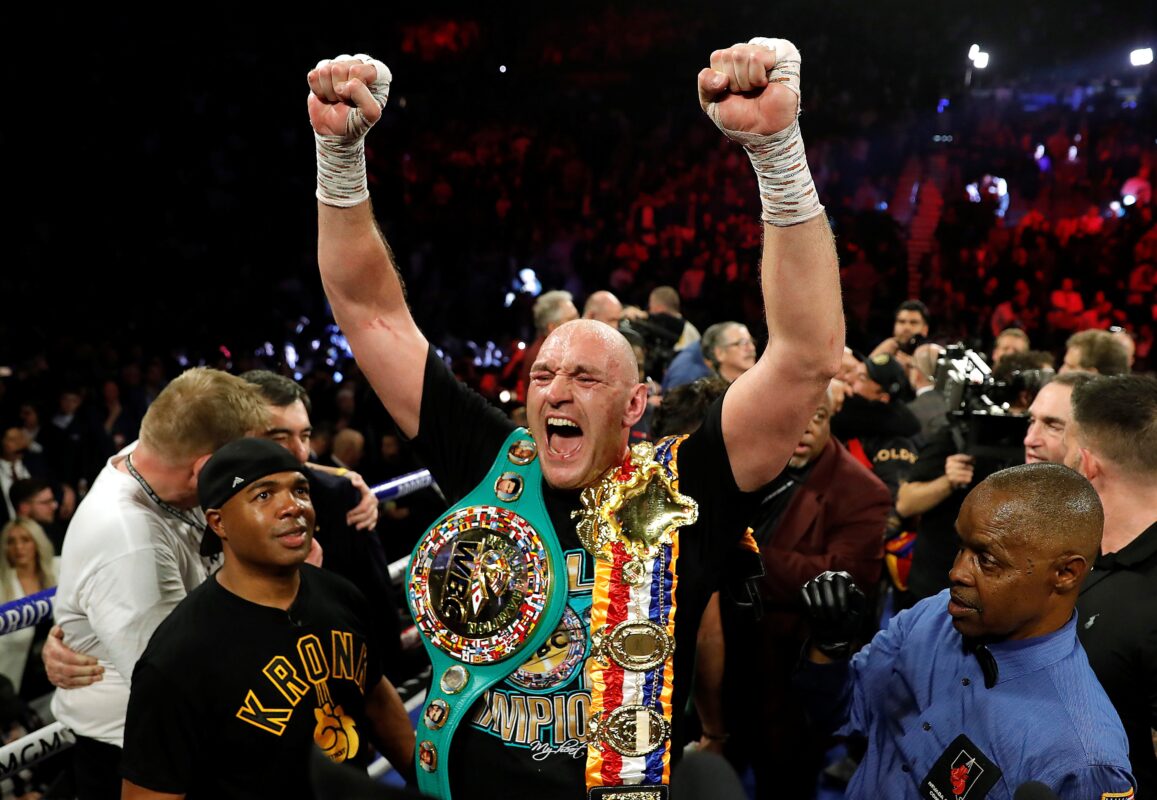 Tyson Fury is without a doubt one of the most loved sports figures in the UK. From his stellar in-ring performances to his advocacy for mental health awareness, he has become a household name. While currently experiencing a career-high, Fury’s life has had both ups and downs.

Born on the 12 August 1988, Tyson Fury’s life began in adversity. Born premature, he was not expected to survive. Despite the odds being stacked against him, Fury’s father named him after Mike Tyson (the then heavyweight champion of the world), believing he would be a fighter. 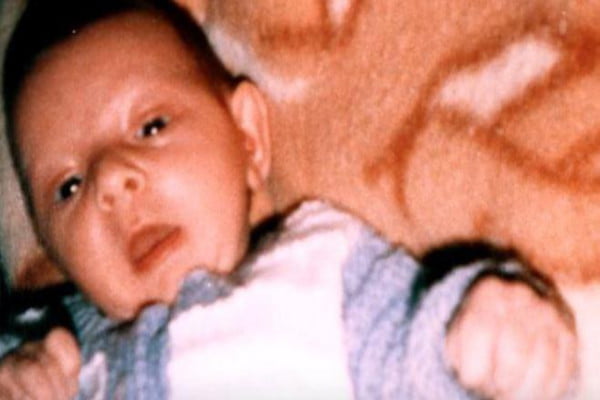 Tyson was raised in Wilmslow, Cheshire, attending Styal Primary School. From a young age, he was trained in the sport of boxing by his father alongside many other relatives who were involved in the sport.

With his father John Fury’s history in boxing, as well as being from a lineage of fighters, Tyson was almost certainly destined to follow in their footsteps. 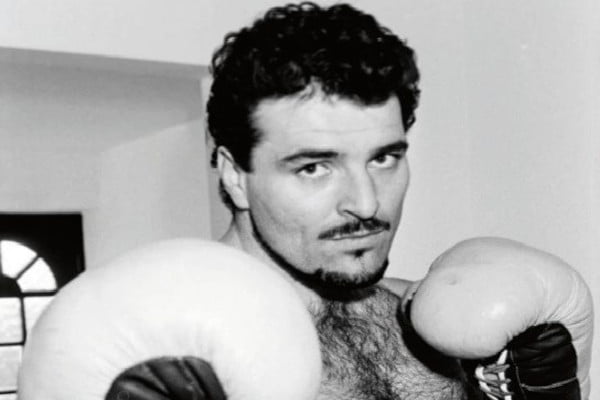 Fury made his professional fighting debut at the age of 20, winning his first confrontation by TKO against Bela Gyongyosi. Following on from this initial professional fight, Fury continued to climb through the heavyweight division collecting wins.

Fury’s first title bout came in 2009, beating John Mcdermott to claim the English Heavyweight Championship. Despite winning, this match was shrouded in controversy. Poor refereeing awarded Fury a victory which by all accounts shouldn’t have been awarded. 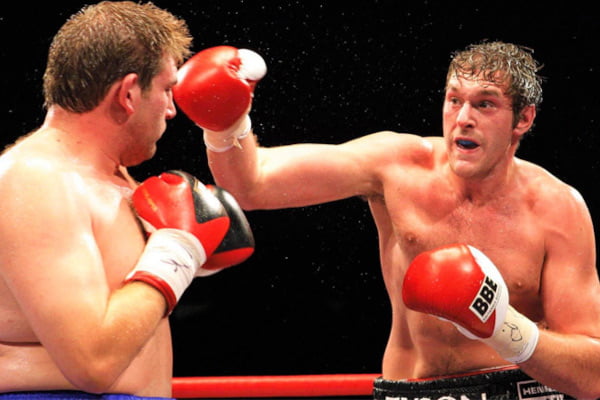 In the wake of this controversy, the British Boxing Board of Control introduced rules for all English title bouts to be officiated by three referees. Mcdermott was also awarded a rematch for the title however Fury convincingly defeated him this time.

With Fury now reaching the peak of the heavyweight division, he set his eyes on Wladimir Klitschko. 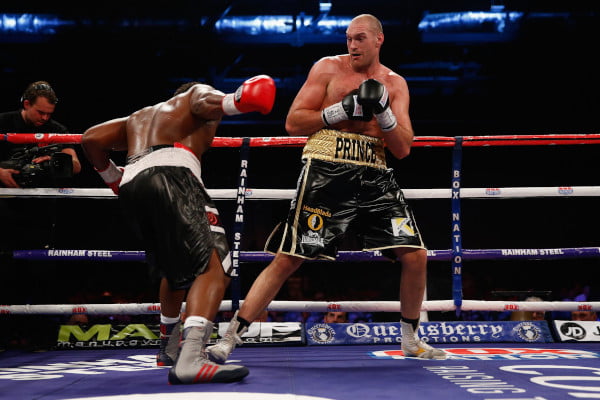 Defeating Christian Hammer between fights, Fury and Klitschko were now on an unstoppable collision course. By this point, Fury’s boxing record stood at an impressive 24 wins and zero defeats.

Despite being considered the underdog due to his lack of experience on the biggest stages, Fury remained confident in the build-up to the fight. Arriving at press conferences dressed as Batman, it was clear Fury wouldn’t change his persona when facing the greatest heavyweight in the division. 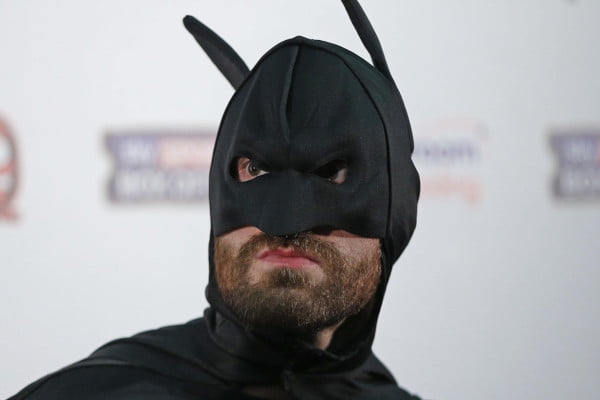 Despite setbacks in the build-up, Tyson and Wladmir finally faced off on the 28 November 2015. Against the odds, Fury navigated the 12 rounds expertly, earning a unanimous decision victory.

Now at the peak of his boxing career, it was expected Fury would go on to face Klitschko once again however as the match drew closer, Fury’s mental health spiralled out of control. 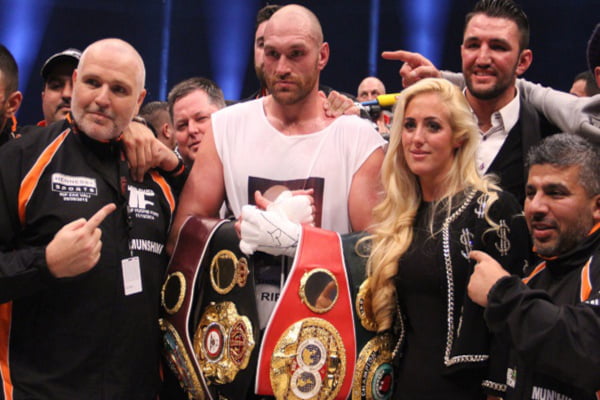 Mental health issues and drug abuse issues derailed Fury’s career and his life completely. With his lifestyle causing his weight to increase to 400lbs many people thought that Fury’s career as a boxer was over. Despite reaching lows in his battle with mental health, Tyson knew he had to be there for his family.

Making his comeback in 2018, Fury set his eyes on American boxer Deontay Wilder. Regaining his form with a set of warm-up fights, Fury and Wilder finally began their trilogy at the end of 2018. The trilogy opened with a draw, a disappointment for Fury who many acknowledge should have won the bout.

Despite this disappointing result, Fury returned in 2020 defeating Wilder via TKO before settling the trilogy in 2021 with a devastating knockout for Wilder. 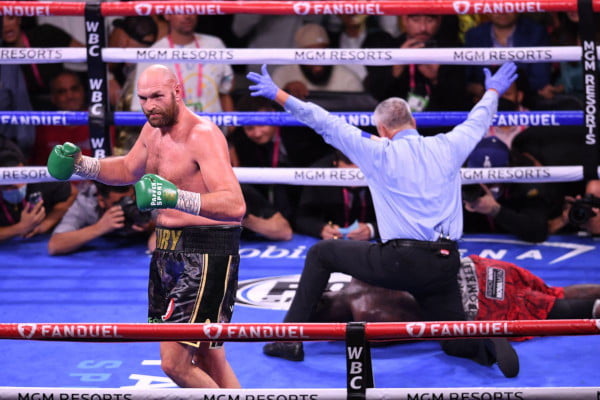 Tyson Fury’s career has been filled with highs and lows. With global respect for his boxing talent and style alongside the open and outspoken discussions of his struggles with mental health, he is without question one of the biggest sports personalities today.

With the Wilder feud now behind him, many people will be heavily anticipating what comes next for The Gypsy King.