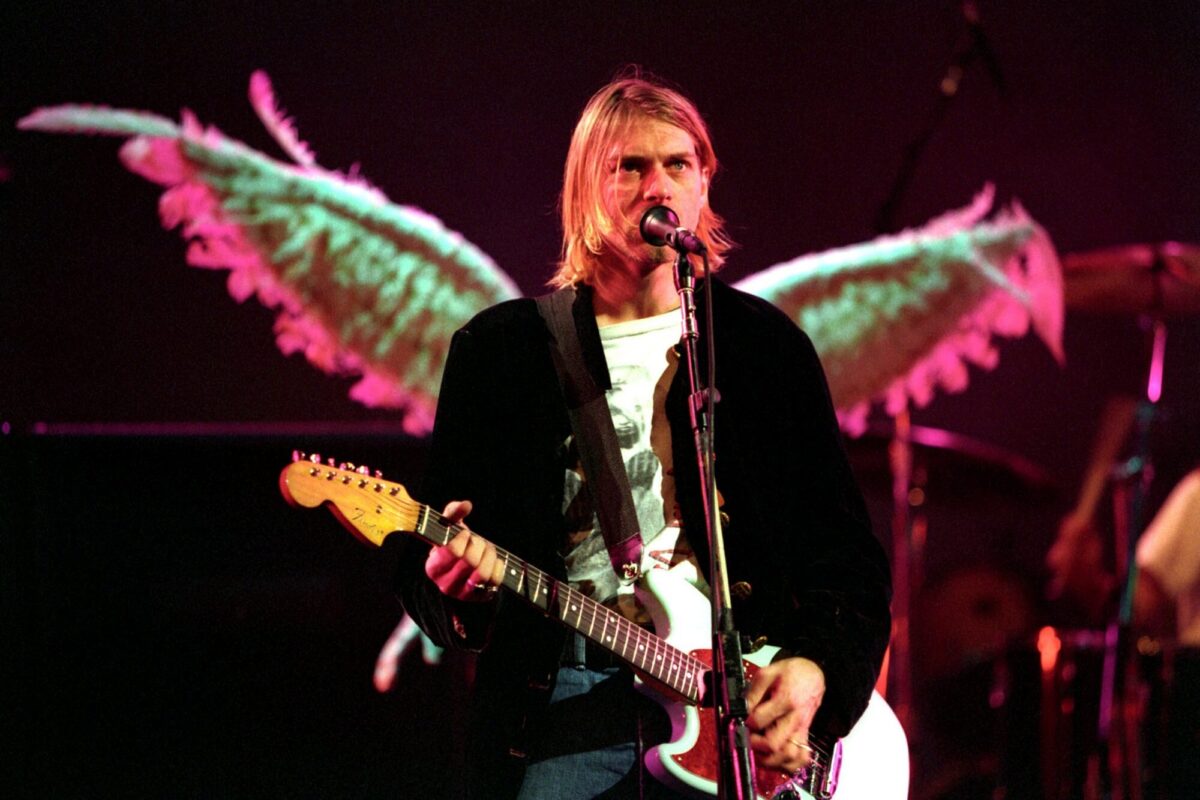 From his early days in Washington to his meteoric rise into the mainstream of music, Kurt Cobain is renowned as one of the greatest artists of his time. Here, we will explore Cobain’s life from the early days to his tragic death.

Born in Aberdeen, Washington, on the 20th of February 1967, Kurt Cobain had a difficult childhood. Between the divorce of his parents and his school life, a large percentage of Cobain’s youth was spent in rebellion.

While often in trouble, the one constant in Cobain’s life was his love of art. Between both drawing and music, Cobain consistently showcased a passion for art from an early age. 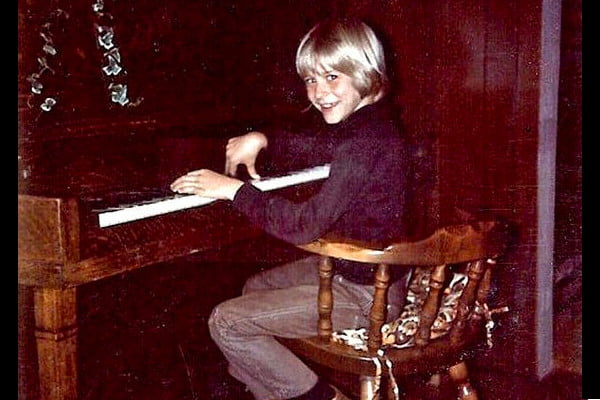 As a result of his parent’s divorce, Cobain felt that he was different from his peers. Reflecting on his childhood Cobain noted that: “I remember feeling ashamed, for some reason. I was ashamed of my parents […] I couldn’t face some of my friends at school anymore, because I wanted – I desperately wanted – to have the […] typical family.”

“Mother, father. I wanted that security, so I resented my parents for quite a few years because of that.”

Cobain’s struggles with his family life and his involvement in things such as vandalism ultimately took an impact on his school life. By the time it came to graduation, Cobain had not achieved significant credits to graduate.

His failure to graduate resulted in his mother kicking him out, during this time he often slept with friends or even underneath bridges on occasion. This lifestyle ultimately inspired the lyrics behind Something in The Way. 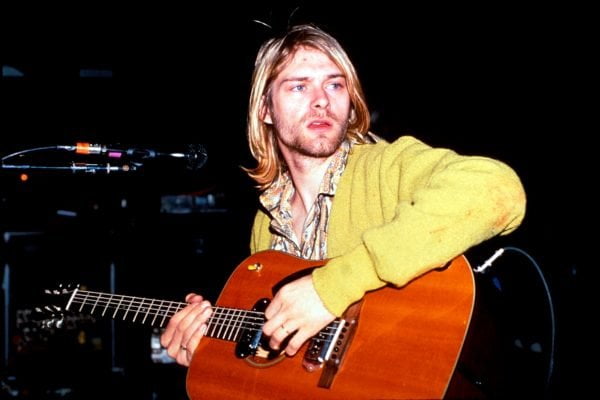 Eventually moving into an apartment, Cobain began to frequent musical shows integrating himself into the scene. During this time, Cobain embarked on various musical projects however none of these projects took off.

In 1987, Cobain and former high school friend Krist Novoselic came together to form a band. The band eventually settled on the name Nirvana. This was due to Cobain’s deep interest in topics surrounding religion.

The band cycled drummers during its early formation before settling on Chad Channing. The band’s first release Bleach became popular on college radio stations across the country granting them some exposure as up and coming artists.

Unimpressed by Channing’s ability, Cobain and Novoselic pushed him out of the band following Bleach ultimately discovering Dave Grohl as their replacement.

With Grohl as the drummer, and a new record label Nirvana released the album Nevermind. This album exploded into the mainstream in a large way and became an instant classic. The difference in popularity compared to Bleach was immense.

The success of the album stemmed from heavy coverage from channels such as MTV and furthermore, the single Smells Like Teen Spirit essentially became an anthem for the younger generation. It was almost impossible to avoid the song due to its popularity. 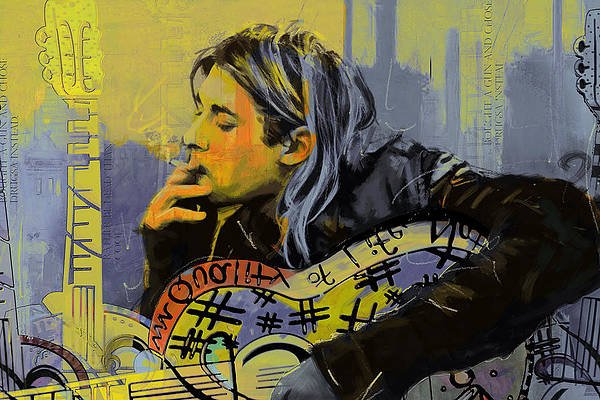 During this time frame, Cobain’s life had been marred by drug addiction. Cobain had become a frequent heroin user by this time and his newfound stardom coupled with this addiction likely created a huge amount of stress for Cobain as the new face of alternative rock music.

Following the release of Nevermind, Cobain married fellow musician Courtney Love and the two had a child, Frances Bean Cobain.

The success immediately inspired efforts on a follow-up album In Utero. This was a deliberately less refined album, returning to the roots of what Nirvana wanted their music to be. Despite this sound, the album once again exploded on release.

The commercial success of this album was once again massive and Cobain further grew as a public figure. 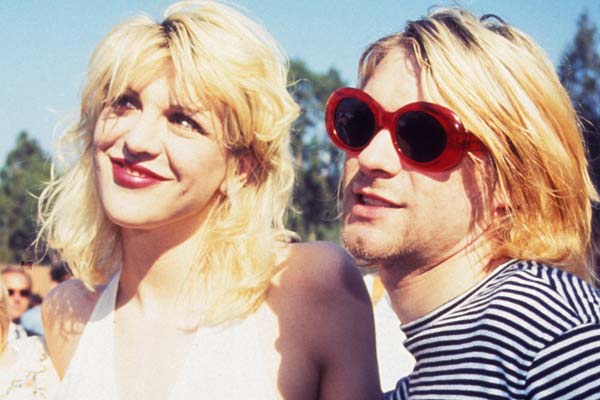 The success of In Utero however took a great toll on Cobain. Between his relationship with Courtney Love and his substance abuse issues, Cobain’s life began to spiral. Kurt was eventually enrolled in a rehabilitation centre , which he later escaped.

Tragically, Cobain was found dead a month later as a result of a self-inflicted gunshot wound. His death stunned the music world and many people recognised the tragic loss of an artist who had so much more to give.

Despite his short career, Kurt Cobain is recognised to this day as one of the greatest lyricists to ever exist and his contributions to the evolution of alternative rock music are undisputed.