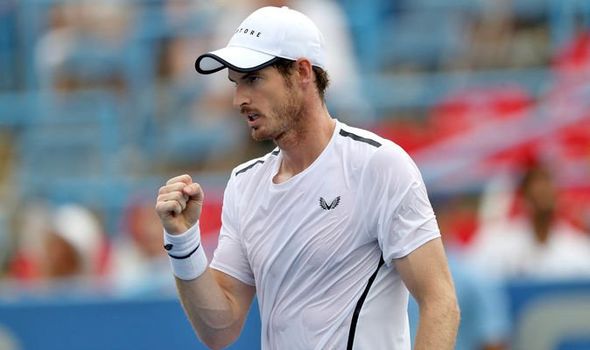 From a British point of view, we’ve had little to cheer about of recent times where tennis is concerned, due to several factors. However, the youngsters who have broken (literally) onto the tour this summer are injecting some life into British tennis, and as a nation, this is promising.

For over a year now, former world number one Andy Murray has been away with an injury that came about at the 2017 French Open. This has kept him out for so long that he lost his title as the best in the world, unable to back up his impressive 2016 season.

Hence, there has been little activity from tennis players who have British nationality. Until January this year, when 23- Kyle Edmund, out of nowhere, made a semi-final run in the Australian Open, losing to the world number three. This, in itself, was very sudden and gave the South African-born the attention that his idol Murray formerly had.

Kyle Edmund is now sitting at 13th in the world, where he secured a seeded position for many tournaments this year, including on home soil at the prestigious Queen’s Club Championships and at Wimbledon.

Additionally, the season, which is predominantly played in England at the height of summer, riled up an exciting flurry of female youngsters this year who all made their debuts in local tournaments. This is due to the ability of the wildcard, which can give lesser-ranked players an opportunity to test their tennis against the top dogs.

One example the talented Katie Boulter – a tall, right-handed big-serving player who made a worthy showing of herself at numerous tournaments. The Leicester born 22-year-old made a quarter-final appearance at the Nottingham Open, beating a former top ten player, and a grand slam champion along the way. The confidence only gained momentum for Boulter who has since made another quarter-final on the WTA tour and set the standard for what was a promising 2019, where she paired with fellow Brit Cameron Norrie in the Hopman Cup in Perth.

The shoes of Andy Murray are yet to be filled. However, Murray did return to the sport in Eastbourne to play his first competitive match 11 months and again in the mixed doubles at Wimbledon. Fans from all over the UK showed their excitement by selling out all tickets for the ATP 500 tournament, which started the week before Wimbledon. This was a perfect opportunity for Murray to get some point- based action that he has surely been missing.

Excitement evidently is growing for the 2.5 million Brits who rate tennis as their preferred sport, prompting talks regarding the extension of the season entirely on both the men’s and women’s tour.

CEO of the WTA Steve Simon has talked about this, saying in May: “Tennis in England over the past five years is growing, with ticket sales selling out in all three of our British grass tournaments in Nottingham, Birmingham and Eastbourne. This is supported by the dedication of the British Tennis Association which is successfully attracting new players into a sport where both women and men are equally televised, which sets an example for other sports around”.

Britain is yet to experience a player of Roger Federer or Rafael Nadal’s quality step onto the court. However, the paving stones for a successful tennis future, fit for all ages, have been laid.