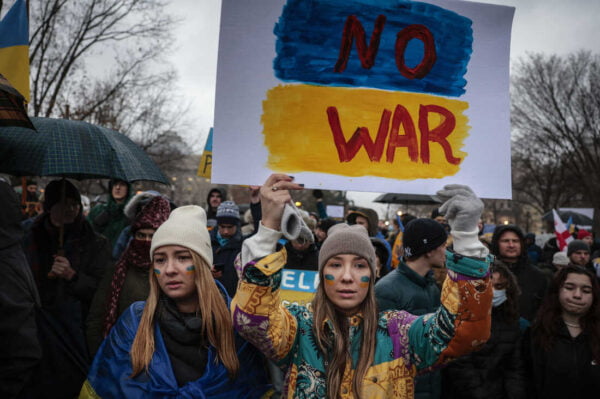 We are six days into the invasion of Ukraine by Russia. While a lot of effort is being made to help Ukraine – from economic sanctions to aid – some efforts have been rather unhelpful.

The British Home Office is not waiving visa requirements for all Ukrainians fleeing the conflict, which isn’t surprising. But they did light up London monuments in blue and yellow, so… solidarity?

I suppose the current Home Office only know how to block and deny visas.

But what has also been scary to see is racism – both in the press and across Europe. 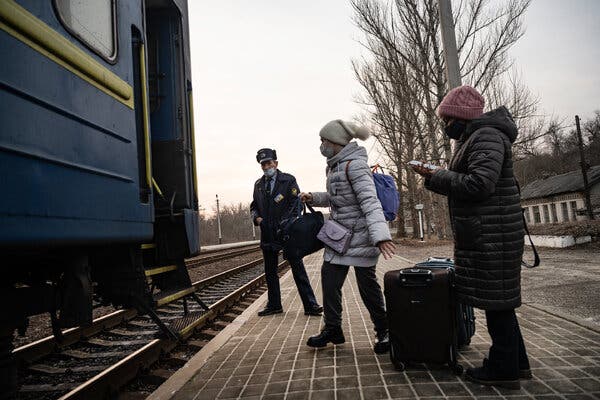 There have been reports of black and brown students not being allowed to cross into neighbouring countries for safety, or being helped by the government.

Videos allegedly showing Ukrainian guards preventing black people from getting on trains to safety are harrowing.

I do love Europe’s ability to be racist in a crisis. With all this reminiscing of WW2, we should also remember how current times are an interesting parallel.

And of course, the press has finally been saying the quiet part aloud: this shouldn’t be happening here because we’re a “civilised” continent. And white. Their argument is: this isn’t supposed to happen to white people. 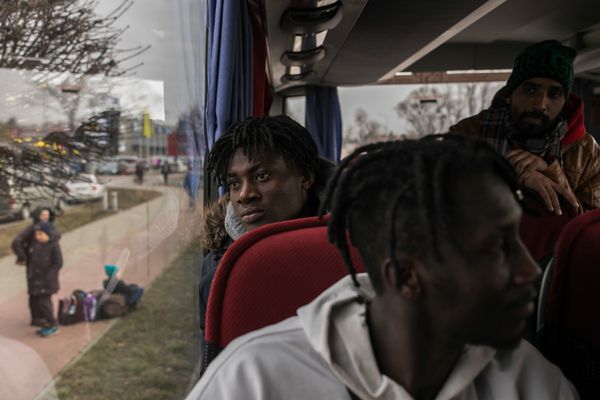 In an ITV report, the reporter expressed surprise at the invasion: “This isn’t a third world country, this is Europe.”

In The Telegraph on Sunday, Daniel Hannan wrote: “War is no longer something visited upon impoverished and remote populations. It can happen to anyone.”

But there isn’t this level of horror when lives are taken in Iraq, Afghanistan. Journalists were rarely deploring the way these countries too had been torn apart by bombing and gunfight by and – let me check my notes – the Americans and the British.

And anyone who did was seen as unpatriotic. This is a conflict that has been brewing for eight years since Crimea was annexed in 2014. This shouldn’t be a surprise to anyone that it is happening but we should feel sympathy and help people fleeing Ukraine and those staying to fight for their homeland.

But the dehumanisation of people of colour and conflicts they have been involved in, often involving so-called civilised countries, is abhorrent. It finally demonstrates what activists and civilians have been screaming for years.

Let’s not forget that it wasn’t too long ago when the poor treatment of Eastern Europeans, particularly those of Roma and Traveller communities, was acceptable.

And many will argue that this isn’t the time to discuss this. But if not now, then when? If anything, this is the perfect time for institutions, governments, and people to look at themselves and discuss past actions and recognise their hypocrisy and racism, nothing changes.

I have two hopes: an end to the invasion and suffering of the Ukrainian people, and for Europe to show the same level of sympathy and concern for other countries and people in the same situation.