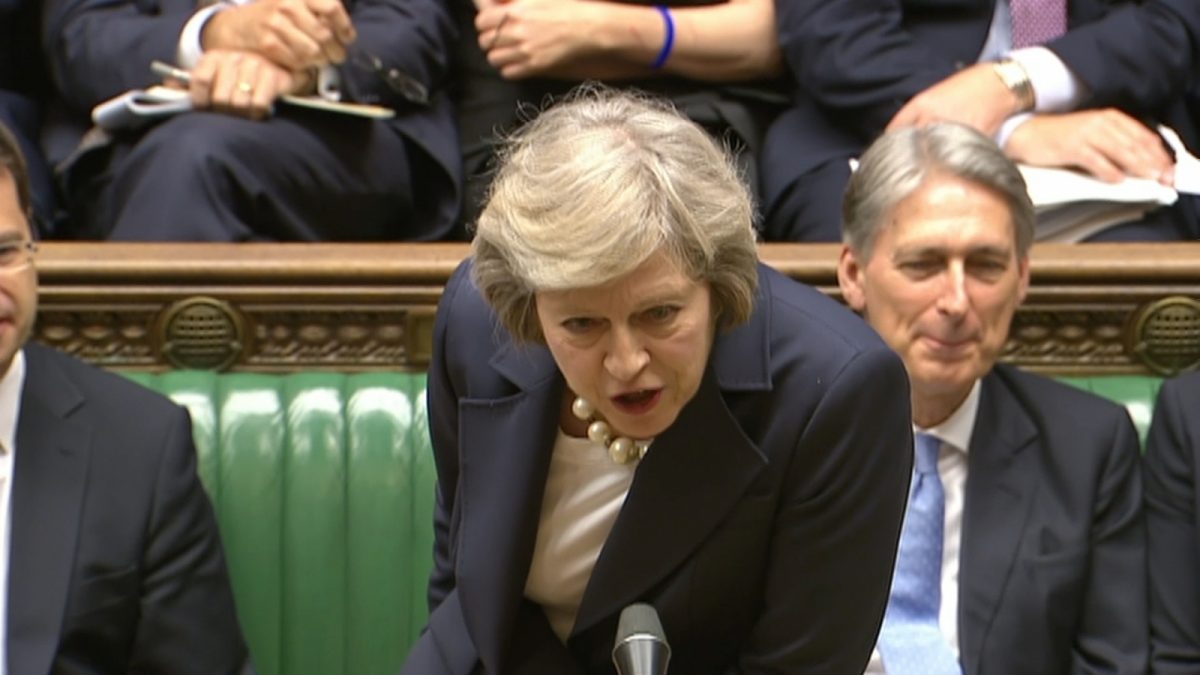 Prime Minister Theresa May has condemned the forced separation of migrant children from their families at the Mexico border by US officials but has dismissed calls to cancel the president’s trip to the UK.

The PM stated that the images of children in what appeared to be caged were ‘deeply disturbing’ and ‘wrong’. But she said Trump’s visit next month should go ahead to ensure ‘shared interests’ would be discussed. What these ‘shared interests’ are we’re unsure.

She would tell Trump what they disagreed on when the time arose. Theresa May was challenged in the PM’s Questions, by SNP’s Ian Blackford and Labour MPs including former leader Ed Miliband. May said she was ‘clearly, wholly and unequivocally’ clear that she disagreed with the policy. She said:

‘On what we have seen in the United States, pictures of children being held in what appear to be cages are deeply disturbing.’

The ‘zero-tolerance’ policy, brought in by Attorney General Jeff Sessions last month, means for families coming into the US are placed in custody and face criminal prosecution for illegal entry. The result?

Hundreds of minors being separated from their parents, in detention centres.

On Tuesday, Trump said children would be taken from their parents had they entered illegally. US immigration officials say 2.342 children were taken from 2,206 parents between 5th May and 9th June.

Trump’s visit is scheduled for the 13th of July.