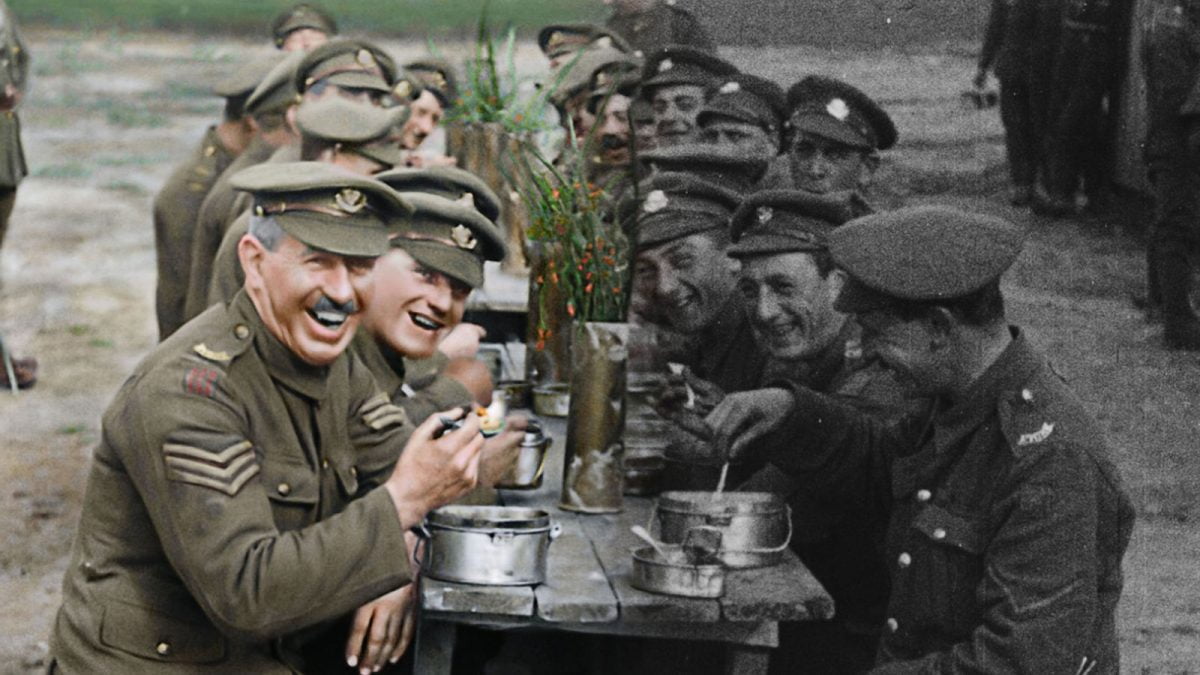 Peter Jackson’s ‘They Shall Not Grow Old’ makes for stirring television. It was public broadcasting at it’s finest designed to showcase the harrowing experiences of nearly six million Brits in a more intimate manner than ever before. Jackson’s film – four years in the making – was by no means a history of the first world war. Front and centre were the stories of almost 120 veterans recorded in the 1960s and 70s.

‘They Shall Not Grow Old’ brought us the horrors of the battlefield as seen through the soldier’s own eyes. We saw the injured, the dead and the dying through a somehow deeper perspective courtesy of the films colourisation. The terrible force of artillery shells pulverizing the battlefields, the desperate whines of horses and the trepidation faced by men waiting to ‘go over the top’ was laid bare. Forensic lip readers also worked to immortalise the words spoken in the trenches. Despite the killing, there was an air of normality about things – soldiers made crude jokes, shared stories and drank tea together.

In an interview before the film’s release, Jackson posited that our society has come to victimise the British Tommies. These young men didn’t think of themselves as victims – in their own words “There was a job to be done and you just got on and did it”.

And, in spite of the devastation, they were faced with, a great many of the veterans recorded went on to say “it was terrible at times, but I wouldn’t have missed it”.

‘They Shall Not Grow Old’ is a triumph because it does not get lost in facts and figures. It makes for straightforward viewing with a straightforward aim – to share with us the highs and the lows of four years of war, through the eyes of the men who were there.