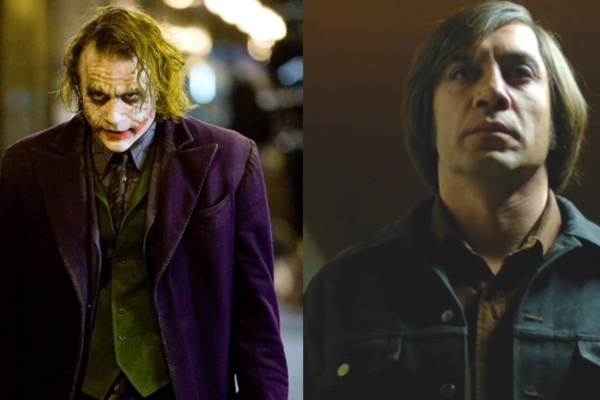 A story is only as good as the villain who drives it along. They can be some of the most interesting, complex and entertaining aspects of any film, and we have no shortage of incredible bad guys.

These are the five male villains who I believe shine above all else in their field. 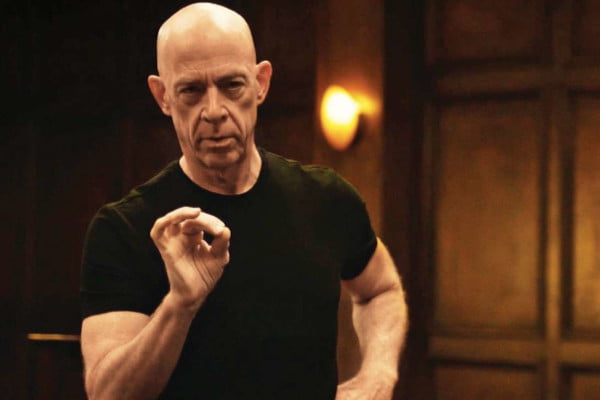 A ruthless and savage musical instructor, Fletcher uses any method he can, including physical and mental torment, to bring out the very best in his students.

The debate about whether Fletcher’s actions were justified rages on to this day, as protagonist Andrew Neiman’s journey into greatness comes at the expense of his soul and psyche.

We remember Fletcher for his outbursts, creative insults, and anxiety-inducing presence but it’s the effect he has on how we see the price of glory that makes him truly great. 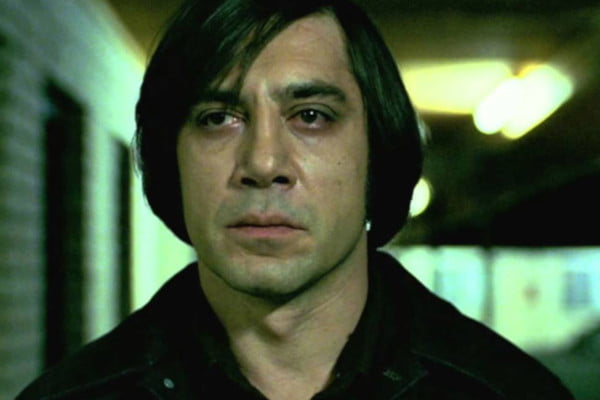 Anton Chigurh is the human equivalent of the T-800, a remorseless killing machine with no empathy or humanity. This makes him even more terrifying than the T-800 because of how startling it is that any living person can function this way.

Academically confirmed to be the most realistic portrayal of a psychopath on film, Anton has a nihilistic outlook that allows him to approach horrific deeds like murder with such apathy and disregard.

To Anton, human beings are simply insects that he can squash at any time to complete his objective. He is borderline unstoppable, and what’s worse, if you meet him, he will find a reason to kill you. He has a set of morals, ready for him to manipulate when he pleases. 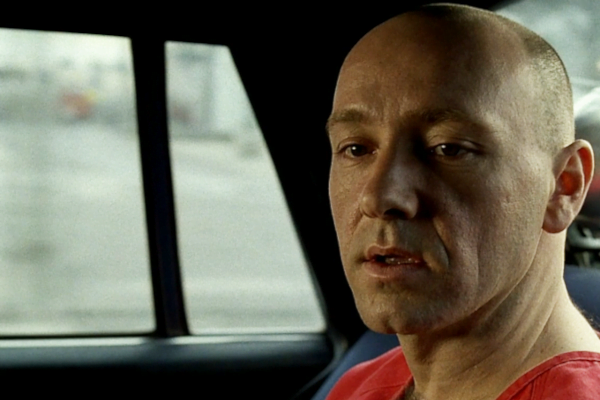 Despite only appearing in the last third of the film, the impact that John Doe leaves on Se7en is resonant throughout.

Responsible for some of the most grisly acts of violence ever put on screen, this sadistic villain’s hatred for society and the crimes he commits as a result of it pushes our detective heroes to their very limit.

Most of this pressure is performed by his off-screen actions, building up his eventual reveal to unreal anticipation. Does it pay off? Absolutely.

The last twenty minutes of Se7en is some of the best filmmaking in history. Everything Doe sets up falls into place in one of the most thrilling, disturbing, and memorable sequences you will ever see. 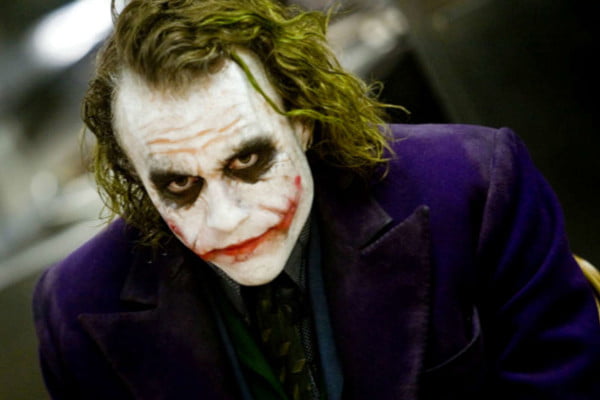 Heath Ledger’s iconic portrayal of the clown prince of crime has cemented itself in cinematic history. A villain who exploits the hero’s weaknesses in the most piercing of ways yet has plenty of memorable lines and moments that have burned themselves into pop culture forever.

The Joker will always be important, yet Ledger’s portrayal may be the greatest rendition of the character we will ever see.

His horrifying actions and fractured mind are brought beautifully to life by the late, great Ledger, as he remains one step ahead of Batman the whole way, and whose philosophies impact Gotham City forever. 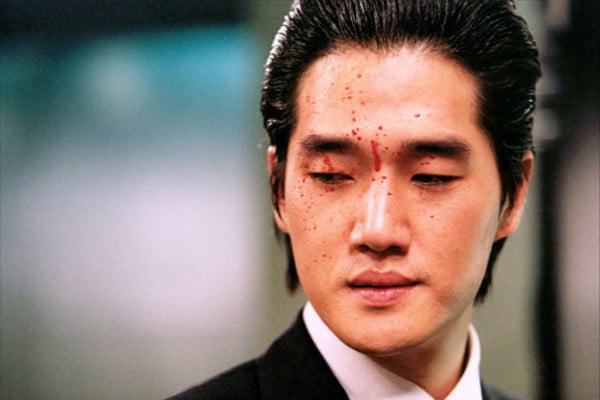 The Korean masterpiece, Oldboy, is a revenge film that inverts on itself. The protagonist spends the entire film trying to enact vengeance only for it to be flipped around on him in the most powerful of ways, all anchored by Lee Woo-Jin, who may be the greatest film villain of all time.

Woo-Jin is an insane, delusional, and ruthless madman yet at the same time, you somehow manage to feel pity for him. He does such an amazing job of shifting responsibility for his actions that you can’t help but be entranced.

His elaborate plan culminates in the most soul-crushing revelation you might ever see in film, one that cements Woo-Jin’s status as a villain for the ages.