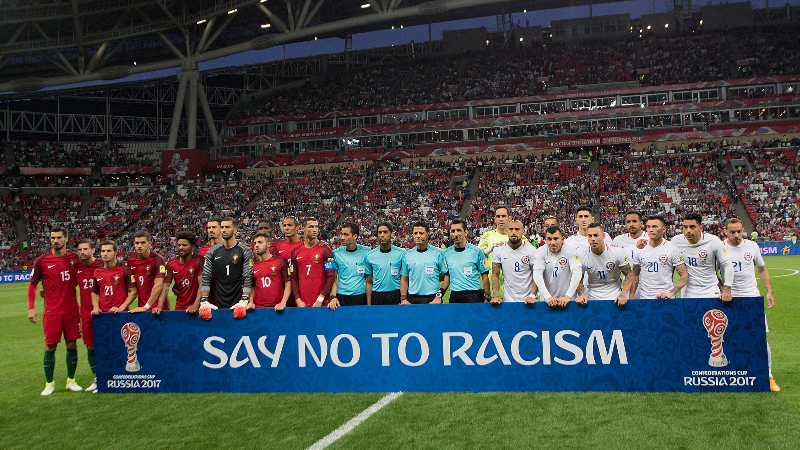 Racism is growing rapidly in football, with a 15% increase of reported incidents from 2016 to 2018. It is an issue affecting not just the players of the game, but also the many fans of it too.

The main cause of the rise in racism is the high profile football federations like the FA, UEFA and FIFA. Their response to incidents of racism has not been as strong and practical as it could have been. Instead of failing to act, they should take a stand and issue warnings, fines and potential lifetime bans to the public who commit the disgusting offences.

But these “bosses” of football have done little to nothing about the racism in their sport. National teams, football clubs, and even players have taken the problem into their own hands. England captain Harry Kane said on the issue: “I will walk the England team off the pitch if players face more racism”.

A recent incident of racism in sport happened involving Leonardo Bonucci and Moise Keane. Both of these players play Juventus and on 2nd April 2019, when the team played Cagliari in a league, Moise was racially abused for the whole match by the Cagliari supporters. As soon as Moise scored in the 85th minute, he celebrated in front of the Cagliari supporters. This aggravated the fans and increased the racial abuse.

After the match, Leonardo took part in an interview in which he said that “the blame is 50-50”. When this news broke out, thousands showed their support on social media, inclduing Raheem Stirling who has been racially abused during games in the past.

In my own personal experience, I have been racially abused in sport. I play under 16s rugby for my local team, Blaydon RFC. The traumatising incident happened on 7th January last year. It was the first match after Christmas break. Everyone was in high spirits. We were playing against Carlisle RFC. As the end approached, the match got a bit heated on both sides. A few words were exchanged and then it hit me – the racial abuse. I have was called “MC Punjab”, “chocolate pudding” and “dirty p*ki”. I reported the abuse to the RFU and they did something immediately.

A two-season ban for the players who were involved was handed out by the RFU. This is the right way to stop racial abuse.

The overall opinion is that the hierarchy in football should take a stand on abuse of the players. There needs to be justice for these players. They should not be abused in their workplace, and if it continues, racism can result in them quitting, and in the worst of circumstances, it may take a toll on their mental health.