In the world of television, HBO is without question one of the most respected companies. While they are best known for their drama productions, many people overlook the wealth of comedy content the company has to offer. Silicon Valley is arguably one of the best pieces of comedy offered by them.

Silicon Valley focuses on the technology industry and culture within a parody version of Silicon Valley. Following a small start-up company trying to navigate the tech industry, Silicon Valley opens viewers up to the world of tech start-ups in an easy to digest way.

Throughout the six-season run of the show, we watch fictional company Pied Piper grow from a small company to one of the most promising start-ups in the industry. As a result, with each passing season, the stakes grow for the team.

Arguably one of the best aspects of the show is its accessibility. While the majority of tech media can be off-putting due to the sheer amount of jargon and complex subjects, Silicon Valley threads the needle perfectly bringing in recognisable elements of pop culture and using non-tech related humour.

While expectedly the show still retains a large amount of tech-related humour, these jokes always feel like they would be accessible, even to someone with very little knowledge of computers. While some additional appreciation can certainly be found by tech enthusiasts, everyone can enjoy the comedy. 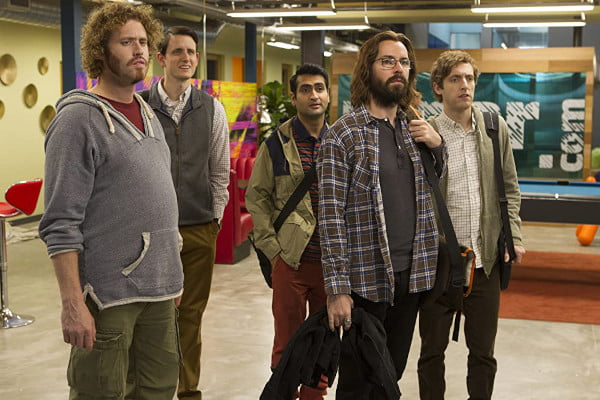 Another hugely positive aspect of the show is its duration. While many shows tend to drag on beyond their welcome, Silicon Valley knew when the show had a natural conclusion and ended on a high. The quality of the show from season to season remains equal, even as the series develops.

Acting performances also help establish the greatness of this show. Thomas Middleditch, T.J. Miller, Martin Starr, Zach Woods and Kumail Nanjiani among others all put in exceptional performances as leads of the show. The chemistry between the group works extremely well and helps sell the comedy perfectly. 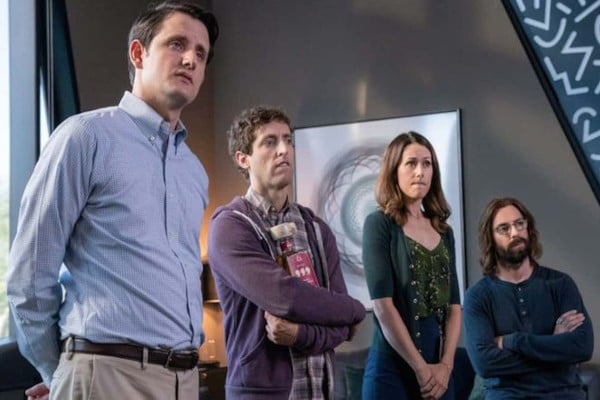 With all the twists and turns sprung up by the narrative of the show, Silicon Valley never fails to keep you engaged up until the closing moments of the series.

Furthermore, thanks to providing a satisfying conclusion to the show, it is easy to recommend a viewing to anybody.