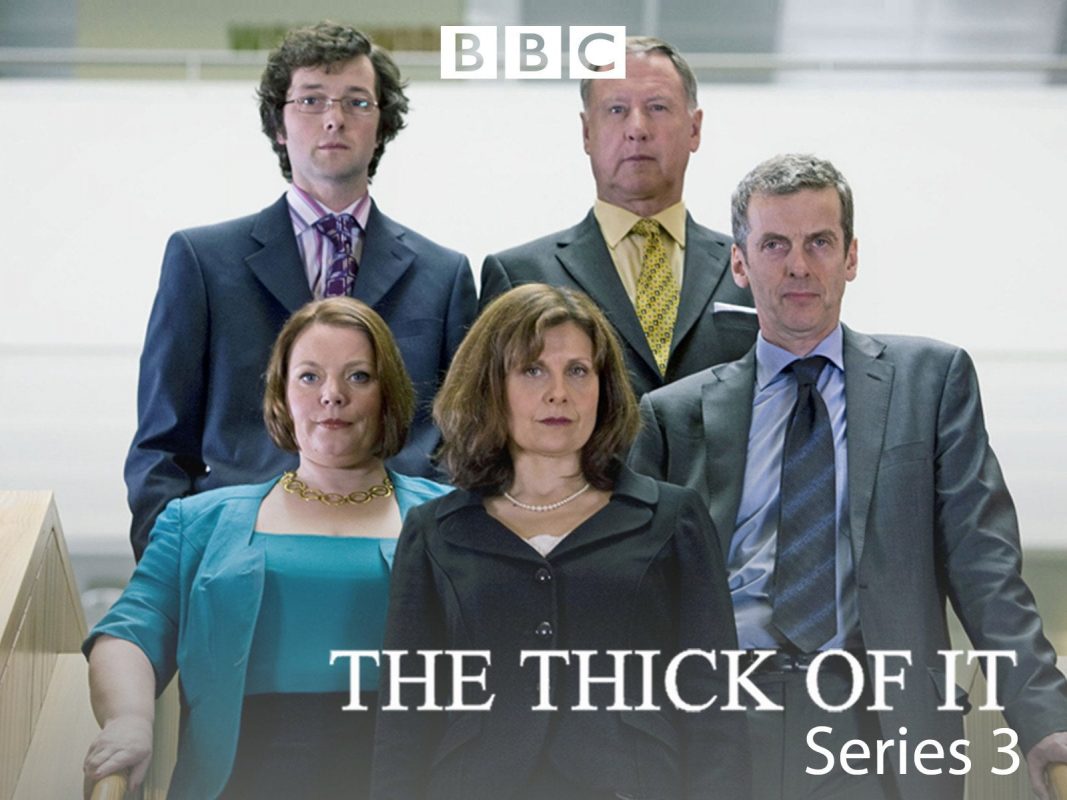 Not since David Mitchell and Robert Webb’s Peep Show have I laughed so much watching a TV series as I did The Thick of It. This BBC comedy is set in Whitehall and follows the bumbling workings of a fictional government department – scandals and all.

The Thick of It is absolutely hilarious. This is, of course, mainly down to Malcolm Tucker, the Alistar Campbell-based character played effortlessly by Peter Capaldi. Yes, the Doctor is a foul-mouthed director of communications for the government who says in the show: “don’t you dare call me a bully. I am so much worse than that.”

From start to finish, the fictional Department of Social Affairs and Citizenship is shown to have cock-up after cock-up, and the civil servants (and Mr Malcolm Tucker) are left to clean up after their mess. The first couple of series of the show sees an incompetent and personality-less minister in before he is eventually booted out and replaced by yet another incompetent minister – Nicola Murray, played by Rebecca Font.

Each character working in ‘DOSAC’ is terrified of Tucker. Terri Coverley (Comms), Oliver Reader and Glenn Cullen are all reduced to silent heaps when they receive a ‘Tuckering’. His verbal beratings are filithy, threaten them with sorts, and, in any workplace, are outrageous. But they are outrageously funny – and Capaldi deserves all of the awards in the world for his performance in the show. No matter how cruel he is to them all, you can’t help but love him to bits.

The Thick of It is British satire at its finest – and something the BBC should be proud of. It is scary how something designed to be so unreal in politics has become pretty close to reality now.

Never again will there be a series quite like it.