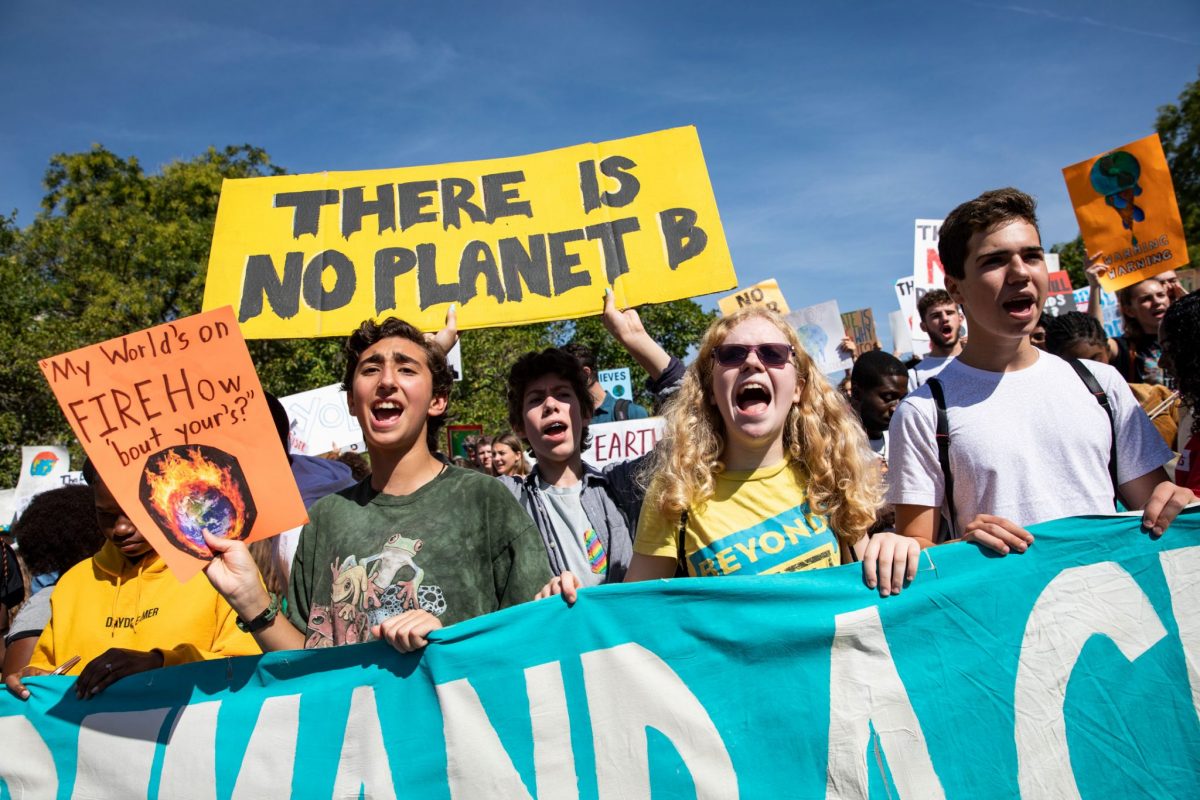 Besides the murder, corruption and countless other happy goings-on in the world, two words seem to stand out. By now, they are words capable of striking fear into the hearts of even the youngest children. Words describing something that, according to some, is going to wipe us from the face of the earth in just 12 short years. Those two words? Climate change.

One would be hard-pressed to find people who genuinely deny the fact that the Earth’s temperature is rising. Scientific reports and observations widely affirm the fact that human activity is a great contributor to rising temperatures. However, the subsequent hysteria following these findings, heightened in recent years alongside the fame of public figures such as 16-year-old Greta Thunberg, is somewhat misinformed, in my opinion.

Most of those who disapprove of the approach taken by the likes of the recent Extinction Rebellion are not oblivious to, nor wilfully ignorant of, the effects of global warming. I am perfectly aware that action should be taken but am of the persuasion that spreading further panic is not the answer.

The first issue I have with recent climate activism is the hysteria it generates, especially amongst the young and impressionable. In an article for the Scientific American, marine scientist Sheril Kirshenbaum writes that “Earth isn’t ending in 12 years. It didn’t end at Y2K or when the Mayan calendar predicted the collapse of civilization in 2012.”

While this prediction of us being at the beginning of a ‘mass extinction’ is more science-based than, for example, the Mayan calendar prediction that caused mass hysteria back in 2012, it is still not without its flaws.

In his video, Lomborg also cites two recent papers published by Chinese and American scientists which found that while sea levels are rising, the rate at which they are rising is not accelerating.

Many people are also uncomfortable with so much of the debate being centred around children, which can come across to some as exploitative. Despite the likes of former President Barack Obama labelling Thunberg as “one of our planet’s greatest advocates”, some take issue with the potential for emotional blackmail, and a given reluctance to argue against a teenager.

I want to make it clear that this is not to criticise Greta herself – on the contrary, I find it encouraging to see such a passionate young person. It is no secret that she has Asperger’s Syndrome, which she herself claims is some sort of “superpower”. While it is encouraging to see a young person redefine what it means to have a disability and take ownership of their condition, there are undoubtedly some issues to consider.

According to the Asperger & Autism Network, a common symptom of the condition is having “fight or flight emotional responses that seem extreme for the situation-but are often due to underdeveloped coping skills and an unpredictable or overwhelming environment.”

The ‘fight or flight emotional responses’ part of this observation refers to the extremely binary way in which many of those on the autistic spectrum can see issues that matter to them (in this case, climate change). This is something she also admits herself in her book.

While Thunberg clearly makes a wide variety of important points to consider, her approach has drawn criticism from world leaders such as French President Emmanuel Macron for oversimplifying several issues concerning the environment.

The ‘unpredictable or overwhelming environment’ aspect also means Thunberg’s role is often met with concern. Such a prominent place in today’s limelight can be extremely stressful for anyone, let alone a young girl with a condition capable of heightening her own stress levels. Allow me to reiterate: I am not suggesting Thunberg’s opinion is any less valid due to the fact she has autism.

Thunberg’s recent speech at the UN Global Climate Action Summit made waves back in September when she condemned world leaders for their failure to act. Having recently appeared on The Ellen DeGeneres Show, Thunberg admitted she would not, if given the option, meet with President Trump to discuss climate change. This seems counterintuitive, considering Thunberg has been so vocal about the ignorance of world leaders, yet she would seemingly pass up on the opportunity to educate the single most powerful man in the free world.

I should also point out that I do not believe that the likes of Trump’s recent sarcastic tweet directed at her was appropriate.

There was clearly a lot of distress caused by the recent Extinction Rebellion protests throughout London. A video from the tube shows commuters turning on a protestor refusing to allow a train to move.

While causing such disruption in the country’s biggest and busiest city will certainly lead to more discussion, I don’t see how preventing hardworking commuters with families to support from going to work will get more people on your side. A poll conducted by YouGov found that just 13% of the British public sympathised with the protestor in the video, which is no doubt a damning reflection of the glaring disconnect between the goal of the movement and the way in which it conducts itself.