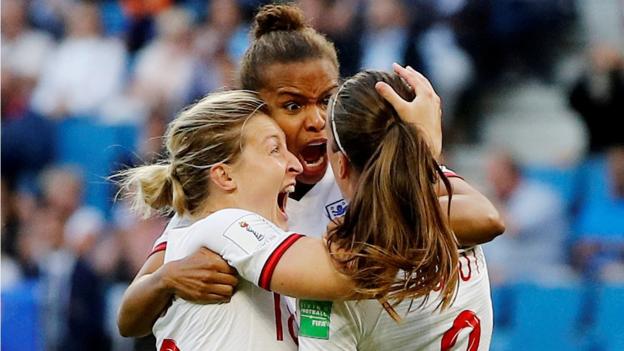 Sadly, it has been proven that girls are giving up football when they hit puberty – 75% more than boys do. As you can guess, this is a very upsetting issue for people who want to play and support girl’s football, and it needs to be sorted out straight away. Even though we lost out to the USA last night in the World Cup semi-finals, women’s football has never been more enjoyed. So why is it that girls hang up their boots when puberty strikes? Here are some suggestions as to why it could be happening:

Because of a lack of positive female role-models, many girls feel, even though they enjoy football, that there is not much in it for their future career or job. Therefore, they feel the need to prioritise their education more than football and sometimes this can mean that they are forced to give it up.

Another reason is that there is a lack of clubs that they can go to in their locality. There are a lot of boys clubs but there are not as many for girls and the ones that are there don’t offer coaching as often, so even if they wanted to attend, they may not be able to because of this.

Girls can also be a lot more self-conscious than boys about the way they look and the way people think of them. They may want to give it up because they feel like they looked stupid doing it, or they weren’t slim or muscular like the other girls on their team.

One of the more obvious reasons that girls give it up is just that they feel that they don’t belong and want to try something different, that they would enjoy more. Sadly, some girls do feel that no matter how hard they try, or however long they do it for, they will never be good at football and it’s just not their personal talent.

Another reason that they give up football is because their close friends at school and at home are not interested in the sport. They may be doing other things so, the footballers end up wanting to do those things as well so they “fit in”.

However, if more girls get interested in the sport then it would most definitely get a lot more publicity and soon, female professional footballers will get paid the same as men; just like what has happened in South Africa. Plus, even if you don’t want to go play professionally then you can still go for fun as this is a great way to exercise. Go, girls!

By Eve and Rachel