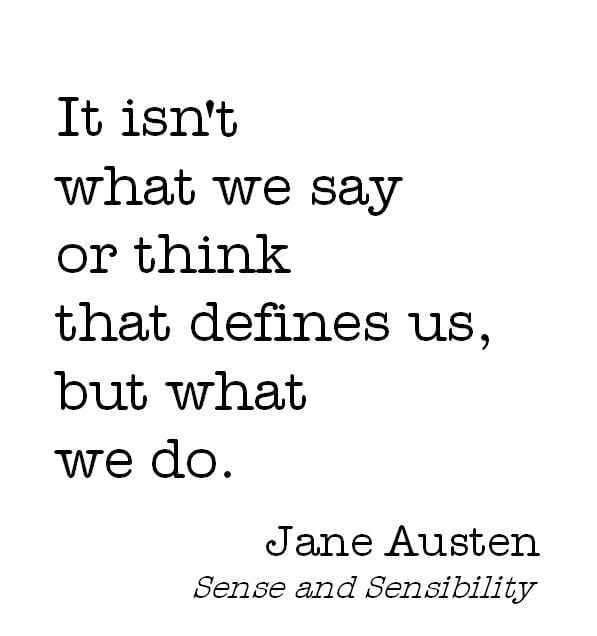 Ever heard someone’s apology so many times you think you’re falling asleep? Yep, that’s when you realise that actions speak way louder than words.

The first apology is always taken in good confidence that they mean it and that things will change. Then, when things don’t change, sometimes you blame yourself. Well, news flash: it’s not your fault.

Then the second apology comes and you’re slightly hesitant, but you believe it anyway. Wrong. You shouldn’t have because they still go on taking you as a mug.

Finally, the third apology comes. That’s when you get really sick and tired. Believe me, I have been there.

You always hear the phrase “actions speak louder than words” and it never really registers. I used to think I’d quite like people to still be nice to me and not just do random things to ‘show’ it. But once you’ve had someone who’s been all words and no action, you realise just how true that often annoying phrase really is.

Until someone changes their actions, they’re a hypocrite. So, something to remember is that a true apology or true promise must always be followed up by a change in behaviour. Otherwise, you may as well be talking to a brick wall.

See you next week.