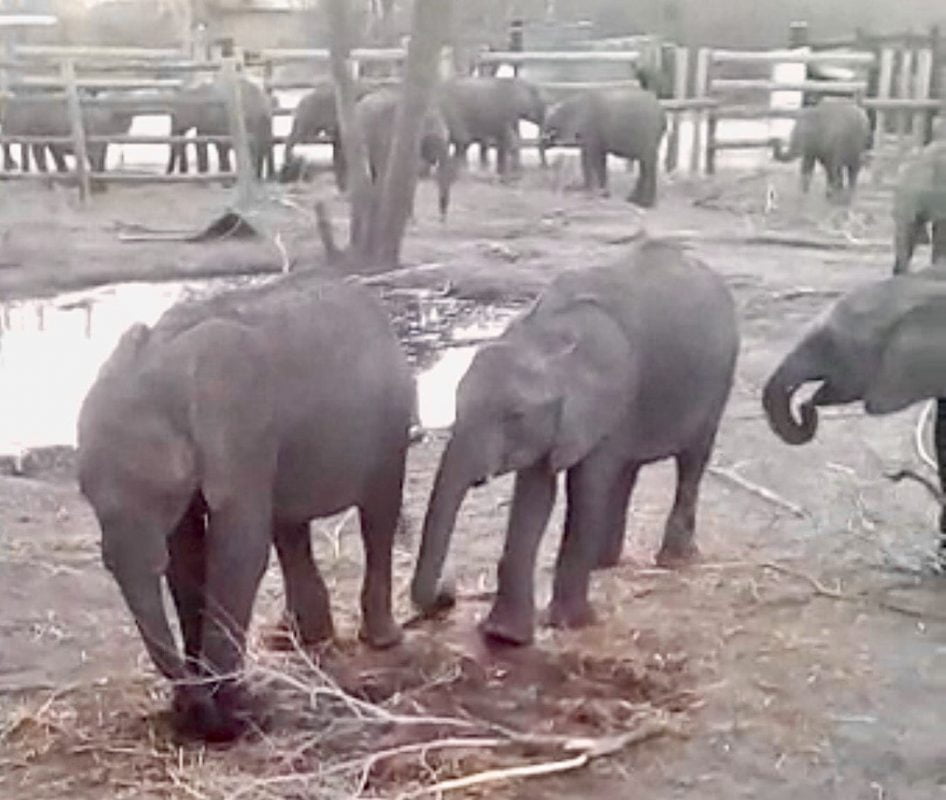 After the recent droughts in Zimbabwe, over 50 elephants starved to death due to severe food shortages in national parks. The biggest drought in years has come at a bad time, with the economy of the Southern African country collapsing right before our very eyes.

In the midst of it all, further controversy has surrounded the elephants as it has been discovered that 30 baby elephants have been shipped over to Chinese zoos in total secrecy after being removed from the parks. This has caused uproar within animal rights communities all across the world.

Elephant biologist Audrey Delsink, Wildlife Director at Humane Society International Africa, says: “We are left feeling outraged and heartbroken at this news that the Zimbabwe authorities have shipped these poor baby elephants out of the country.

“Zimbabwe is showing total disregard for the spirit of the Cites ruling as well as ignoring local and global criticism. Condemning these elephants to a life of captivity in Chinese zoos is a tragedy.

These young elephants are believed to have been separated from their parents at a young age, and taken to national parks for tourists to see. However, the recent droughts have caused the conditions of their habitat to decline.

The shipping of these animals overseas opens up an interesting debate, as it could be argued that a ‘sheltered’ life is better than no life at all. After all, many of these national parks are overcrowded, which was incidentally why just a week ago, many calves died.

Zimbabwe has sold other animals as well as elephants in the past to Dubai and the US in order to raise funds for the conservation of the national parks, as there is very little government funding supporting them.

Tourism in the area is on the rise, however seasonal packages mean that only a few months in the year are constantly busy. Other countries with a better reputation for taking care of their wildlife, such as Tanzania, are more popular amongst tourists.

Others have taken to Twitter to vent their frustrations of this: