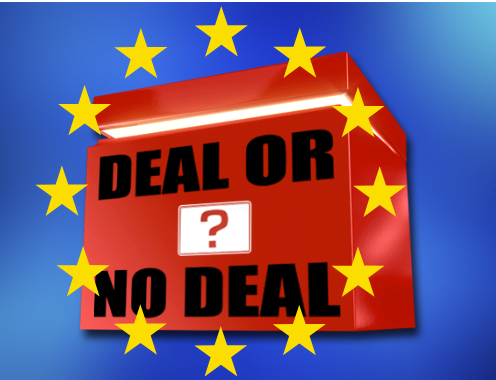 Last night Prime Minister Boris Johnson travelled to Brussels to meet Ursula von der Leyen, the President of the European Union. It has been viewed as a last-ditch attempt to secure some kind of deal between Britain and the EU as negotiations reach yet another sticky point.

There’s the issue of fishing to begin with. The fish in the waters between France and Britain are up for real debate – yes, we are literally arguing with the European Union about which fish belongs to which economy. Nevertheless, it’s an important issue for a lot of people, and one of the reasons many fishermen (about 92%) voted to leave in the first place. As part of the EU, we share fish as we have the right to catch them in each other’s territories. This is part of the Exclusive Economic Zone – and it’s something the EU wants to maintain, but the PM wants to escape.

Related: What is the European Parliament?

Then there was the issue of the UK breaking international law. Mr Johnson insisted that he would push on with his Internal Market Bill, even having it passed in the Commons overwhelmingly. But the law-breaking clauses of the Bill were removed in subsequent negotiations between Michael Gove and Maros Sefcovic, the co-chairs of the EU-UK Joint Committee which oversees our transition out of the European Union. This sticky issue would have allowed the British government to override the Northern Ireland Protocol, which is in itself a complex issue. I wrote a little about this here, a while back.

The final and stickiest issue is what they call in business a ‘level playing field’. Basically, it’s an agreement that businesses in one area don’t have an advantage over businesses in another. As a result, the EU wants the UK to stick very closely to many of their regulations on workers’ rights and environmental legislation. Leaving these regulations behind is what the government argues is the whole point of Brexit. After all, Mr Johnson was the key ‘take back control’ figure in the referendum campaign. He believes that ‘taking back control’ involves moving away from the rules of the EU. But this means for the EU that Britain would be able to undercut production standards and costs, selling cheaper goods to within its own economic areas. This poses the largest sticking point we have as neither side is keen to back down.

So, you may be asking what the likely outcome of the negotiations are. Well, the Prime Minister and the EU President have said they will speak again on Sunday to come to a conclusion on where negotiations are, and how likely it is that any resolution of these issues will be reached.

What’s clear is that there is a large gap on key issues, which both sides acknowledged in their statements last night. The likelihood of these issues being resolved, I think, is slim. If we leave with a deal, it will have been a feat of real negotiation power. And given that it has taken us over four years (and a second prime minister) to negotiate an almost-deal-ish, this is unlikely.

In my view, as the days trudge on, we are heading closer to a no-deal Brexit. If Boris Johnson returned to Parliament with what many in his Party believe to be a ‘weak’ deal, he will face serious anger and lose a lot of support. If support from his MPs fades, so does his power as PM and as Leader of the Conservatives, as Theresa May learnt rather quickly.

Yet despite all of this, Mr Johnson insisted in this week’s Prime Minister’s Questions that he has already delivered an oven-ready deal, as he promised this time last year.

I’ll let you be the judge of that.