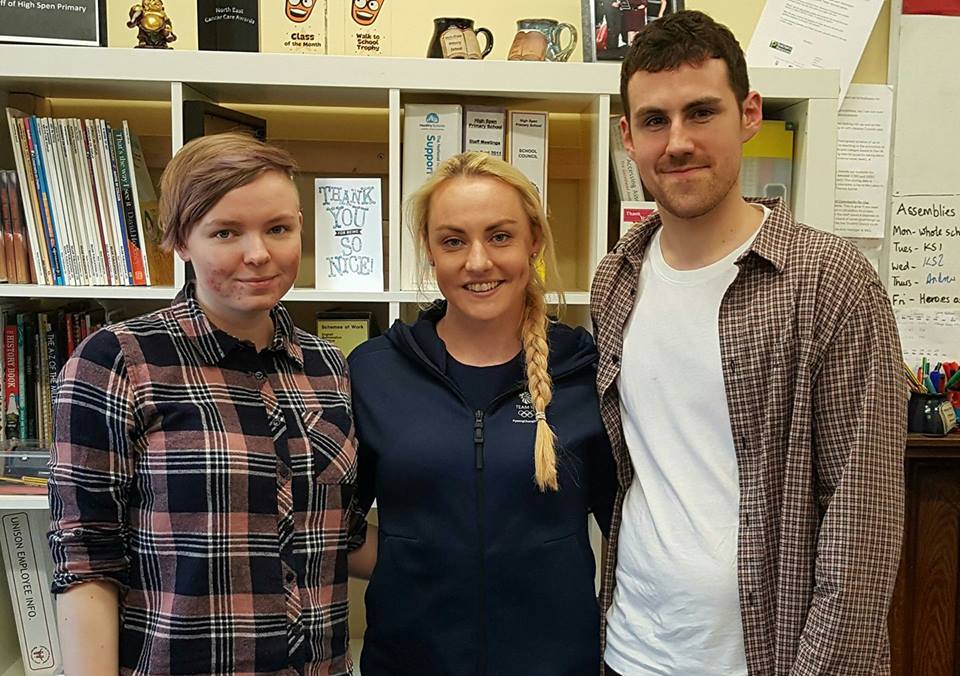 2018’s Winter Olympics in Pyeongchang was pretty awe-inspiring. From masked figures descending precarious slopes to teams pushing a carriage down an icy runway, to then climb in and rush down at break-neck speed, it’s difficult to humanise the athletes involved. However, in the familiarity of our old school (High Spen Primary), which still retains the ambience we enjoyed as infants, I managed to speak with Britain’s female Bobsleigh front-woman, Mica McNeill.

From High Spen to Pyeongchang

Remembering Mica’s passion for sport was easy as we reflected on times spent in these once seemingly-much-bigger classrooms. Mica was always a keen athlete from a young age. Since then, she’s been on a path of discovery, coupled with years spent in the gym and travelling around, which eventually led her to Pyeongchang, accompanied by her break woman Mica Moore.

Mica’s road to the Winter Olympics is a unique story in itself. After years of arduous training, lined with hopes of Olympic success, the female bobsleigh team were told by the BBSA (British Bobsleigh and Skeletal Association), that they weren’t being funded.

It quickly became apparent that mismanagement and overspending had resulted in this predicament. However, despair soon turned into determination, which, after looking into Mica’s story, is characteristic of the athlete. Despite great trepidation, Mica turned to the public for funding, which was met with a phenomenal response. Mica and Mica far-surpassed their target of £30,000, which “concreted” their knowledge that British people are extremely “supportive of their own”.

After achieving 8th place – the best ranking for a British women’s team in bobsleigh – Mica says, with no hesitation, “I definitely want a medal, that’s the plan”. It seems that McNeill is on the trajectory of achieving this, due to her self-awareness and determination.