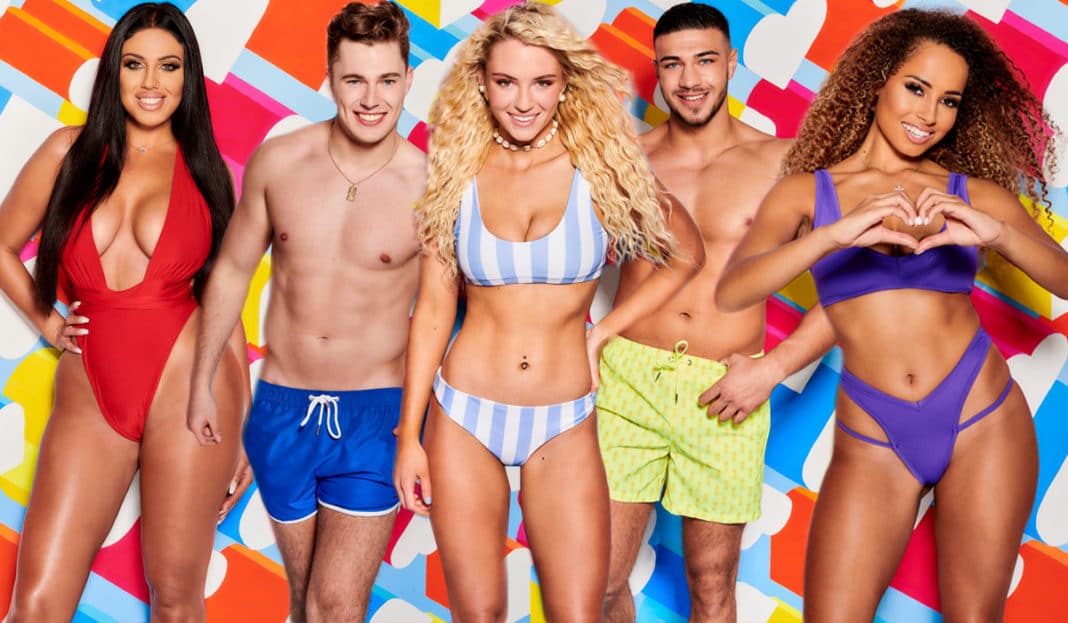 We’ve got a text!

It’s officially Love Island time on 3rd June where the hit TV show will entertain millions of viewers up and down the country. ITV has released the contestant line-up – and we’re going to go through it all with you.

Following last year’s massive success, there are high expectations being placed on the show and contestants. 2018 winners Dani Dyer and Jack Fincham stole the hearts of the nation, so this year we’re expecting more of the same. Will we get it? Who knows…

Boxer and brother of Tyson Fury Tommy will be entering the villa this year, it has been confirmed. Aged 20 from Manchester, he admits he is “a bit too confident” and “lazy”.

From this it looks like Tommy is set to be one of the more controversial contestants this year. We bet he’ll have a certain way with women similar to last year’s star Adam Collard. By that, we mean he’s going to have some serious issues with the way he treats women.

Scientist Yewanda will be joining the villa this year and is very much being marketed as ‘the intelligent one’. According to her, there are “loads of intelligent people” in reality television and she points to Dr Alex from last year’s Love Island as proof of that. Probably because those on Geordie Shore haven’t got two brain cells between them.

The 23-year-old says that there is not a science to finding love, so that’s that for you. Sadly we think Yewanda might not last two minutes in the villa this year. She seems way too nice and a little bit quiet.

Gym owner Anton’s opening line includes him admitting he can be moody and “a bit selfish”. Great news for the girls in the villa, especially as his ‘perfect woman’ has to be in the gym.

Something tells us he’s quite bland and has his head in the clouds.

This year’s token Geordie Amber Gill is a 21-year-old beauty therapist who describes herself as funny and hot-headed. Sound like everyone’s impression of a Geordie female? Yep, we thought so.

According to Amber, “everyone knows everyone in Newcastle” because she is acquainted with last year’s Geordies Ellie Brown and Adam Collard. Wow… apparently we all know each other now.

Aircraft engineer Callum is what some Love Island contestants would call a ‘melt’ purely because his opening statements aren’t as arrogant as all of the other boys’.

He says he’s looking for a fairytale when he meets “the one” and that, at the ancient age of, er, 28, “time is ticking” as he doesn’t want “to be left on the shelf”.

We’ve got a nice feeling about this one.