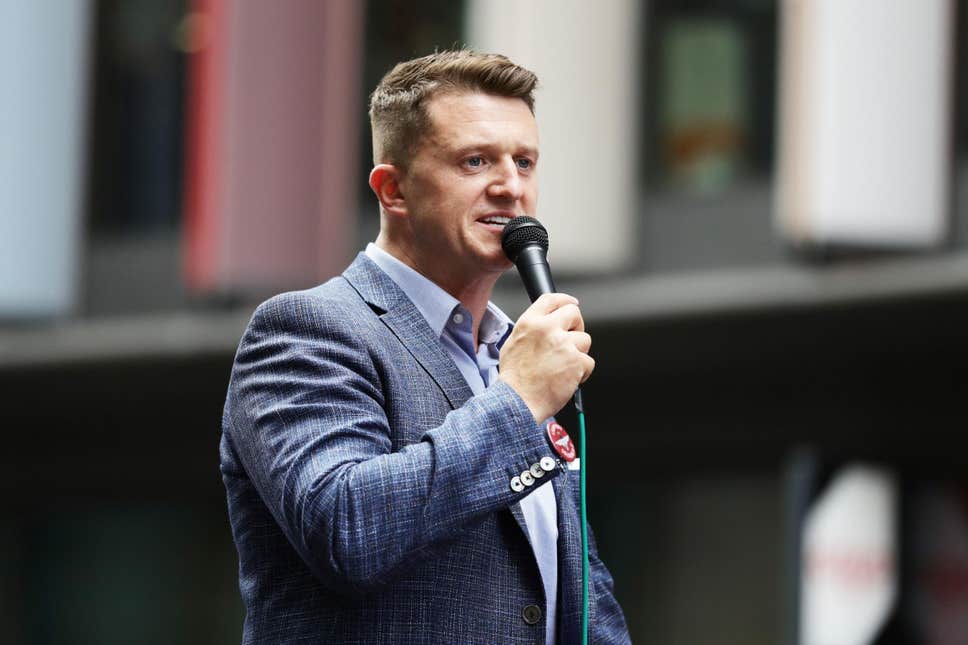 Robinson, whose real name is Stephen Yaxley-Lennon, was found guilty of contempt of court for the second time last week and now faces jail. The verdict came after the EDL founder live-streamed himself confronting men accused of sexally exploiting girls.

Two senior judges ruled that his actions breached strict rules around reporting criminal proceedings, which are designed to ensure fair trials. Robinson claims that such restrictions are a “conspiracy” designed to hide the “truth” about “Muslim exploitation gangs”.

“My name is #TommyRobinson today I am calling on the help of @realDonaldTrump his administration and the @GOP. To grant me and my family political asylum in the #UnitedStates of America.” pic.twitter.com/fjetMgmEwW

Now facing up to three years in jail, Robinson tells viewers of his InfoWars video: “I need evacuation from this country because dark forces are at work.”

“This is a direct appeal on behalf of my family – we love the United States, I have no future here [in Britain]”.

Robinson was jailed in 2012 for using a friend’s passport to illegally travel to New York, though he was invited to speak in Washington by Republicans in November last year.