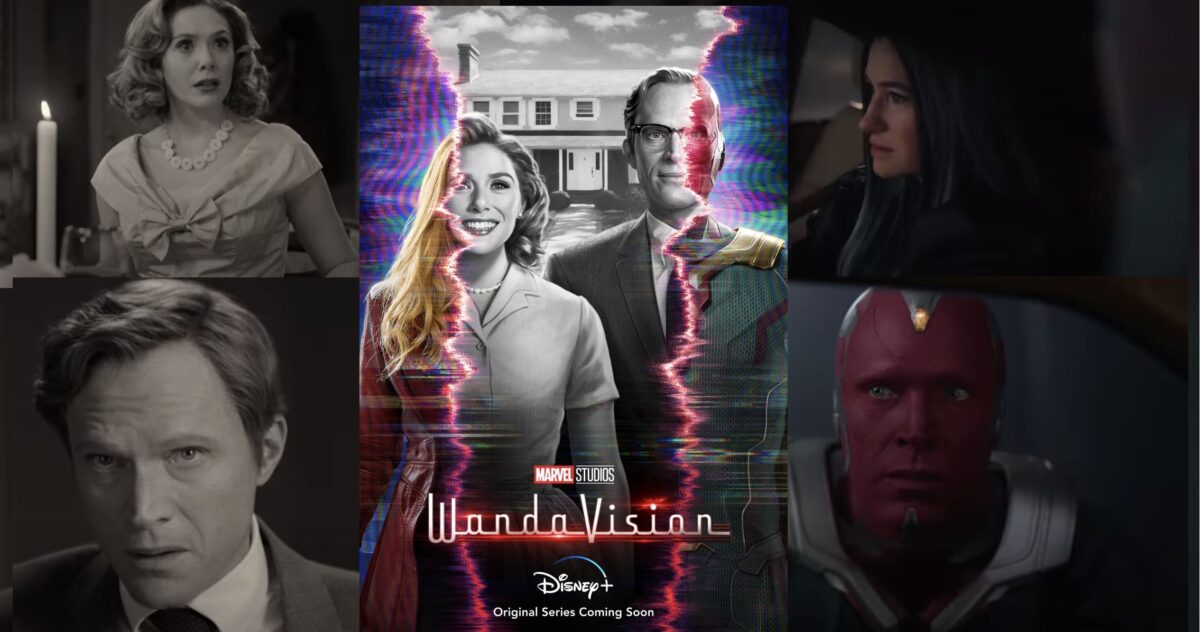 When it comes to a character with depth and a fresh take on the classic Marvel Cinematic Universe, Jac Schaeffer’s WandaVision makes for the best show of the year.

Elizabeth Olsen, Paul Bettany, Katheryn Hayne, Teyonah Parris, Evan Peters star in a Disney Plus original series that follows on from Avengers: Endgame. It starts as a sitcom series in which each episode takes place in a different decade, which is impactful on Wanda’s emotional attachment to silly sitcoms and her relationship with Vision. After she comes back and helps defeat Thanos in Endgame, Wanda feels alone and desperate to see her dead boyfriend again and so she creates a new reality where they can live together in peace. However, in true Marvel style, she faces obstacles and distractions designed by those who wish to take her powers. 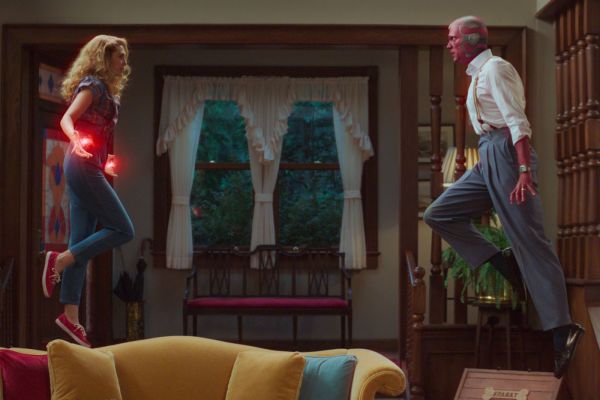 What is particularly impressive about WandaVision is the writer’s dedication to exploring Wanda’s complex background. You get to see the trauma she faced in early childhood with the death of her parents, then years later with her brother’s death, and then again in her adult life in which she has to kill her soulmate Vision, and then watch as he is killed again in front of her.

Another incredible aspect of Wanda’s character arc is the true extent of her powers. She creates ‘the hex’ and manages to control Westview – the town she captures – and create an exact replica of Vision so they can live and have a family with a perfect life all in her control. Then, just as you think Wanda can’t get any more powerful, her new character of the Scarlet Witch is revealed to be more powerful than the Sorcerer’s Supreme (leading us straight into Doctor Strange in the Multiverse of Madness).

While WandaVision is Marvel’s greatest portrayal of female heroes in Wanda and Monica, there are elements of the series that could have been better. The use of Fietro’s character as a distraction to Wanda had fans speculating an X-Men crossover, but they were sorely disappointed when he turned out as simply a sexual innuendo. This was, in my opinion, a waste of a character, and a waste of Evan Peters’ talents.

Despite its minor flaws, WandaVision has been a joy to watch and has set the bar for Marvel’s adventures into TV incredibly high. It has included more loveable characters such as Darcy Lewis, Jimmy Woo, and a reintroduction to Monica Rambeau whilst giving her powers which we will see more of in Captain Marvel 2, coming next year.