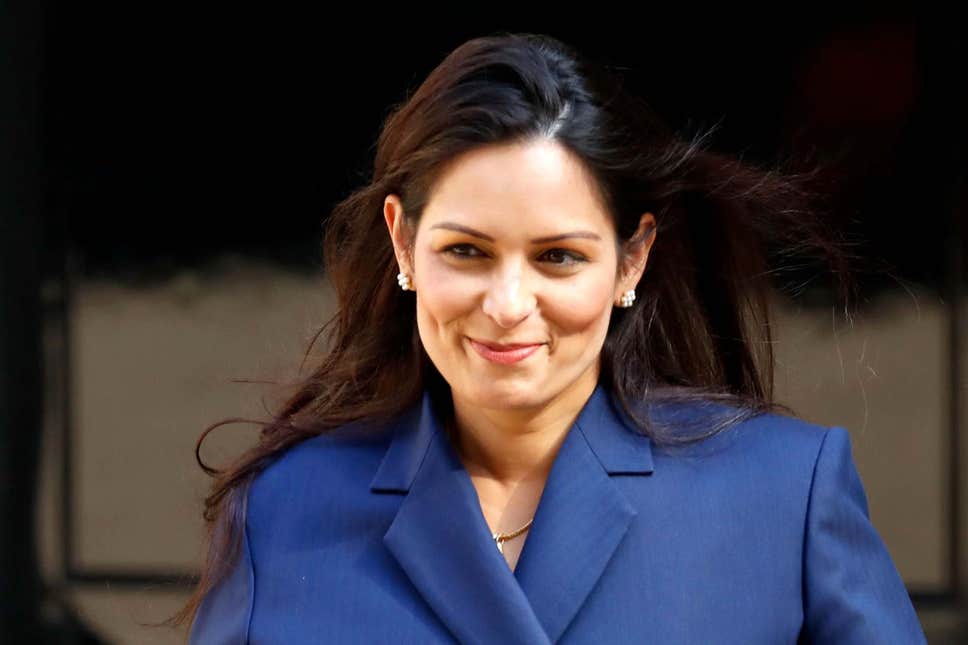 When Boris Johnson was announced as the new Prime Minister, there were no prizes for guessing who’d be sent straight into the Home Office. It was always going to be Priti Patel, the loyal BoJo Brexiteer.

Priti Patel, born in London to a Ugandan-Indian family, has been in politics for a while now. Originally, she was part of the Referendum Party before switching allegiance to the Conservatives. That must have been when she realised she would have that way.

The now-Home Secretary has been an MP since 2010, and has, in her time, expressed some disgusting views and displayed some shocking behaviour. She is a dangerous politician – and certainly not one who should be in charge of our police, immigration and national security in our country. Here are just some of the reasons why Priti Patel – regardless of how much she claims to be ‘pro-Britain’ – is dangerous for our country.

First of all, anyone who supported Boris Johnson in the Conservative leadership campaign deserves to be treated with a bit of caution. I mean… seriously? What even is British politics anymore?

Other than a laughing stock, of course…

2. Last time she was in the Cabinet she had to resign

Being a Cabinet Minister is a great responsibility. It’s a role many dream of having, a role that should be taken with great pride and care. You should undertake your duties with transparency and dignity. Unless you’re Priti Patel. Apparently the rules don’t apply to you if you’re her.

Last time she was given a job this important, she had to resign for breaking ministerial code. Why? Because she was busy hosting meetings with Israeli officials behind the Prime Minister’s back.

Is this someone we now want in charge of the Home Office? Someone who thinks it’s acceptable to have meetings with Israel behind Britain’s back on behalf of Britain? I don’t think so.

3. She advocated for the death penalty

Oh… that seems to be all of us bar Priti Patel.

On Question Time in 2011, Patel said: “I do actually think when we have a criminal justice system that c fails in this country and where we have seen murderers, rapists and people who have committed the most abhorrent crimes in society, go into prison and then are released from prison to go out into the community to then re-offend and do the types of crime they have committed again and again.

“I think that’s appalling. And on that basis I would actually support the reintroduction of capital punishment to serve as a because I do think we do not have enough deterrents in this country for criminals.”

Then, just the other day, she denied supporting the dealth penalty.

4. Patel worked as a spin doctor for a tobacco company

A minister at the time the news broke that she worked for a tobacco company, Patel remained unscathed in the papers despite that she was paid thousands of pounds to help the company avoid negative press.

Shandwick, a PR firm that also pressures and has a dialogue with politicians on the tobacco industry and regulations imposed on it, employed Patel on behalf of British American Tobacco (BAT).

It also coincided with BAT’s links with a factory in Burma (now Myanmar), where there was, at the time of Patel’s employment, a military atorship.

Anna Roberts, executive director at Burma Campaign UK, said: “BAT’s position in Burma at the turn of the millennium was hugely controversial…BAT’s factory in Burma was jointly owned with the military dictatorship and so helped fund one of the most brutal military dictatorships in the world…BAT refused to admit how much money it gave to the dictatorship.”

It is estimated BAT gave the dictatorship around £10 million.

So, if you didn’t know anything about Priti Patel before, you certainly do now. Is she the kind of person we want representing Britain on the international stage? I think not. Not one of her actions incorporates the real British values of respect, honesty and nobility.