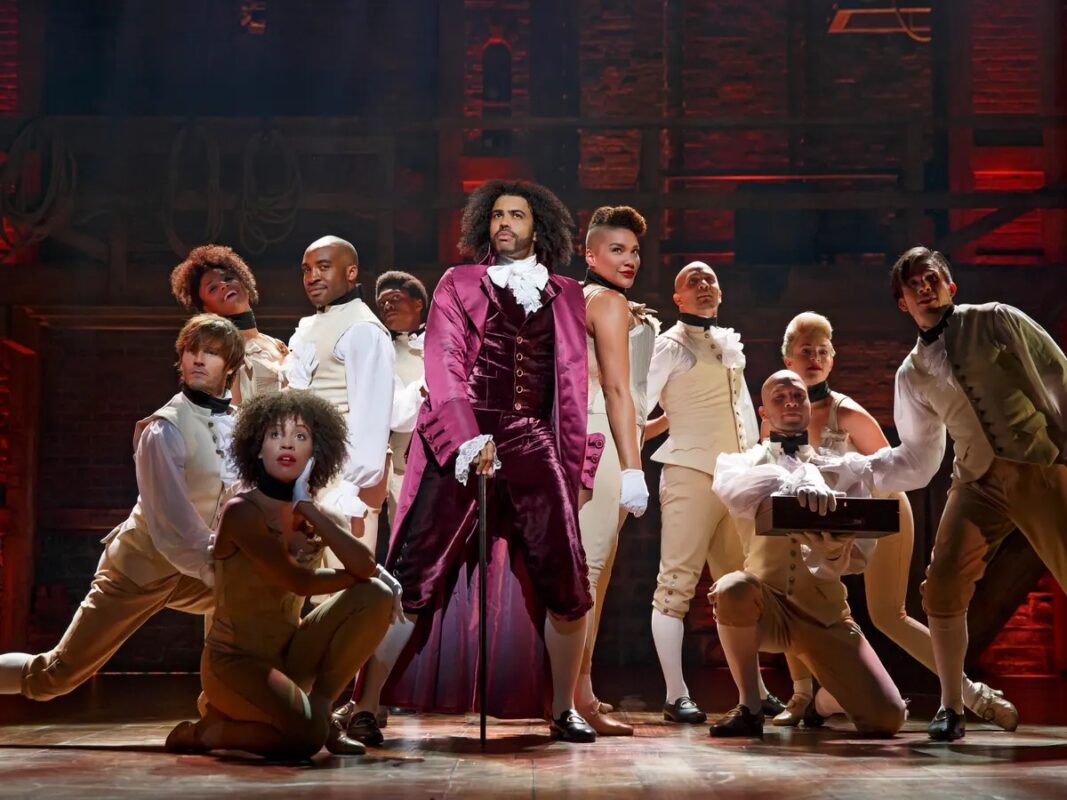 Hamilton is arguably one of the best musicals of our generation. With carefully crafted lyrics and choreography, it narrates the story of Alexander Hamilton and how he shaped American politics. Here are 5 mind-blowing facts that you may have missed about the show.

Daveed Diggs as Lafayette gives a staggering performance of ‘Guns and Ships’, a song about the French coming to aid during the American Revolution. The rapping section is delivered so quickly that it averages at about 6.3 words a second. These are the fastest-paced lyrics in the history of musical theatre.

Throughout the show, Hamilton uses many props, including newspapers. In fact, these newspapers are accurate New York press copies from the month in which the event occurred. Lin Manuel Miranda, the playwright and performer, has created this show to such a degree of accuracy that even the newspapers are real.

When the truth is revealed about Alexander Hamilton’s adultery, his wife Eliza- played by Phillipa Soo – sings ‘Burn’. During this scene, she burns love letters as a representation of her heartbreak. The props on the stage are transcripts of the actual letters exchanged between Alexander and Eliza in the 1800s, and this fact simply emphasises the emotion during the scene.

Hamilton released a series of documents clearing his name against charges of corruption, but by doing so he admitted to adultery. ‘The Reynolds Pamphlet’, sung by the main characters, actually includes lines from the real pamphlet itself. Miranda’s attention to detail once again amazes us all, he dramatises the history of the play without taking away the accuracy of the true events.

The show was released on Disney+ during lockdown, and there is a ‘special thanks’ section in the credit scene. This is a list of all the places Miranda wrote sections of Hamilton over the course of seven years. It includes places such as Puerto Rico, Washington Heights and Mexico. It is touching that he remembers them all, and we are certainly all grateful for them too.

These are just five details you may have missed, but there are many hidden meanings and metaphors throughout the whole show. Lin Manuel-Miranda is an utter genius. The cast’s ability to portray the emotions in the show is mesmerising and proof of immense talent. If you haven’t already, stream Hamilton on Disney+, or simply just buy tickets to the next West End show. You will not regret it.

Recommended Reading: Musical Theatre – Is the Golden Age Over?