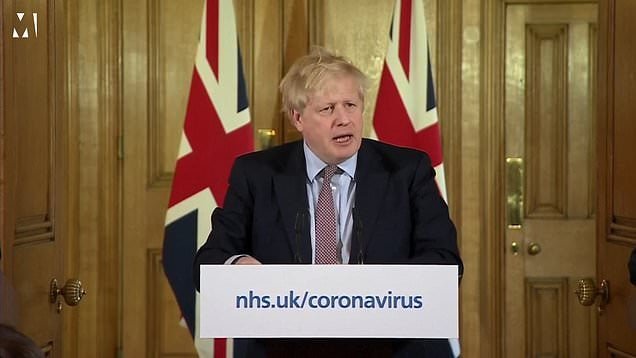 Coronavirus has been, undoubtedly, one of the most shocking and unexpected (unless you’re Bill Gates) things to happen to the world since World War Two. It has shut down normality in one swift, succinct wave – and with this, it has claimed the lives of many thousands. But did as many lives have to be lost in the first place? Here I’ll discuss the UK lockdown and, in my opinion, where it went wrong.

Now, first of all, a pandemic is not what any government or leader generally expects when they win an election and take office. However, coronavirus has certainly (at least it should have) changed this. Now, governments are going to have to be more prepared for this kind of thing – because we are vulnerable to it. Yet, despite this, the UK government was more underprepared than they should have been, considering this devastating disease’s impact in China was shared with the World Health Organisation (WHO) back in January.

At that point, the UK government should have been paying very close attention to the developments of this disease – not, as in the cases of Prime Minister Boris Johnson and First Minister of Scotland Nicola Sturgeon, missing five and six Cabinet meetings on the issue respectively. On 11th March, COVID-19 was characterised by the WHO as a pandemic. During this period of time, the world saw Wuhan, Italy, Spain and Thailand to name but a few succumb to the virus. It spread like wildfire. Thousands of daily deaths in Italy and Spain should have been big, bright red warning signs to the UK. But it seems it fell on blind eyes and deaf ears.

The tightest of lockdowns were implemented in Italy and Spain, yet in the UK, we were advised to “keep washing your hands”; the Prime Minister even boasting that he had “shook hands” with a few coronavirus patients during a visit to a hospital. Perhaps the reason for this lackadaisical attitude towards what was glaringly obvious was the government’s initial strategy of ‘herd immunity’ – infecting a massive percentage of the population and simply dealing with the potentially hundreds of thousands of deaths to avoid a long lockdown (if any).

Regardless of this, the government quickly scrapped the idea once it got out in the media that it was their strategy and, obviously, the common folk they were using as virus-fodder were fuming about it. At least at this point, the government should have been taking seriously what was going on – and properly preparing for it. Italy warned the world to lock down their cities because other countries, like the UK, were only about two weeks behind them. An extra two weeks of lockdown would have saved us more lives as the peak of the virus would not have been as high.

Instead, the UK is now on track for the second-highest death toll in Europe.

Why? Because we did not act quick enough. And then there’s the issue of testing. The WHO said “test, test, test”. Our scientists said they didn’t believe that would be effective to begin with. Now we see Matt Hancock being pressured daily to increase testing because it is common sense.

Instead, we left people to gather at Cheltenham and panic buy and spread the virus everywhere. With no testing, it was up to you if you had the virus or not, and up to you if you isolated or not. If you had no symptoms, you were still going about your daily life as usual, and you were none the wiser that you were a spreader. Arrivals at UK airports have still been allowed into the country without testing or quarantining, and there’s still a huge number of people at work, doing jobs that really aren’t that essential.

Meanwhile, we have a crisis of a lack of equipment because, yet again, the government did not prepare adequately. Care home deaths are perhaps the biggest tragedy of all of this. Residents can’t even see their loved ones, and they’re dying because their carers aren’t able to properly protect themselves and the disease spreads. The real shock came when ITV’s Paul Brand interviewed one care manager, who was given 3,000 disposable masks for her staff. They carry out 24,000 care visits in just one week. Now, Alison, the care manager, has been diagnosed with COVID-19.

It is, quite frankly, a national scandal that the government failed to take all of this seriously. Yes, they were never expecting this situation. But they are a government after all. And the UK was not the first country to be hit by coronavirus like this in the world. We were warned – and we failed to listen.

So, what will happen next? I’m putting my bets on a second peak – and then who knows. I dread to think. But, if I know one thing for sure, it’s that an enquiry into this government’s handling of COVID-19 would make for very interesting reading. And everyone involved in this catastrophe should be taken down with it.