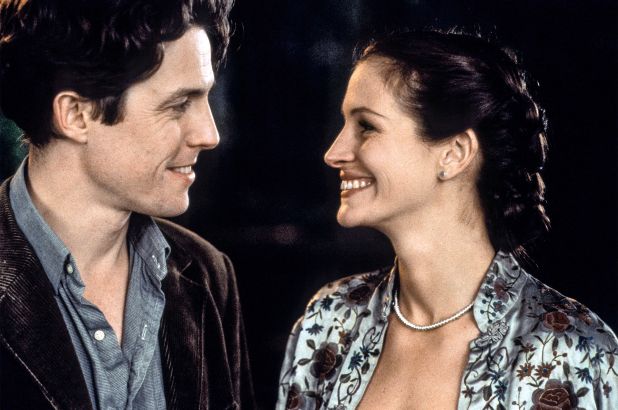 Hello and welcome to the Hugh Grant fan bandwagon. Since I’m re-watching basically all of his classic films (it’s Christmas, leave me be), I thought I may as well review them. First up is Notting Hill – the Richard Curtis film that made this pocket of London one of the most famous.

The plot is probably what we would now describe in 2020 as ‘fanfiction’-inspired. In 1999, it was classed as a rom-com about a bumbling young man who owns a failing bookshop in London (Hugh Grant) whose world is turned upside down when he meets a gorgeous mega-star who walks in to buy a book (Julia Roberts). The pair have a few rendezvous around Notting Hill, producing some iconic film scenes, like when William Thacker, Hugh Grant’s character, attempts to climb over a railing. He’s awkward, very British and, of course, hopelessly in love with American actress Anna Scott, played by Julia Roberts, who is, unknown to him, in a relationship and seemingly untouchable.

I am sad to say, though, that for me, Notting Hill never quite hit that romantic spot. Julia Roberts doesn’t really seem to say or do much and when she does, it’s not really that funny. Sometimes it’s like getting blood out of a stone, and the chemistry between the pair falls a bit flat. As for Mr Grant, the star of the show, he’s good; but he’s better when he’s bad. As in, playing a bad character. Enter: Bridget Jones‘ Daniel Cleaver.

However, once you get past the first half of the film, it becomes a lot funnier. Most certainly, this is down to the friends of William Thacker, including his housemate Spike (Rhys Ifans), Bernie (Hugh Bonneville), Bella (Gina McKee) and Max (Tim McInnerny) to name a few. When they’re all together, the chemistry is brilliant and you get a good laugh. I’d have been happy for Notting Hill to have been a film about that bunch of mates and their dinner parties, truth be told.

Alas, Richard Curtis is a romantic, and so all of his films will be such. And eventually, Notting Hill does get there. The second half is way more romantic, and Anna/Julia drops that classic line: ‘I’m just a girl, standing in front of a boy, asking him to love her.’ Cute, I’ll give them that.

Perhaps the most interesting thing about Notting Hill is that it’s based on a true story, according to Hugh Grant himself. A classic concept, a classic bunch of actors and a good few funny lines. Notting Hill is one of those films you watch once in a while, and you’re all the better for it. It’s not genius, but it’s good and it’s funny.