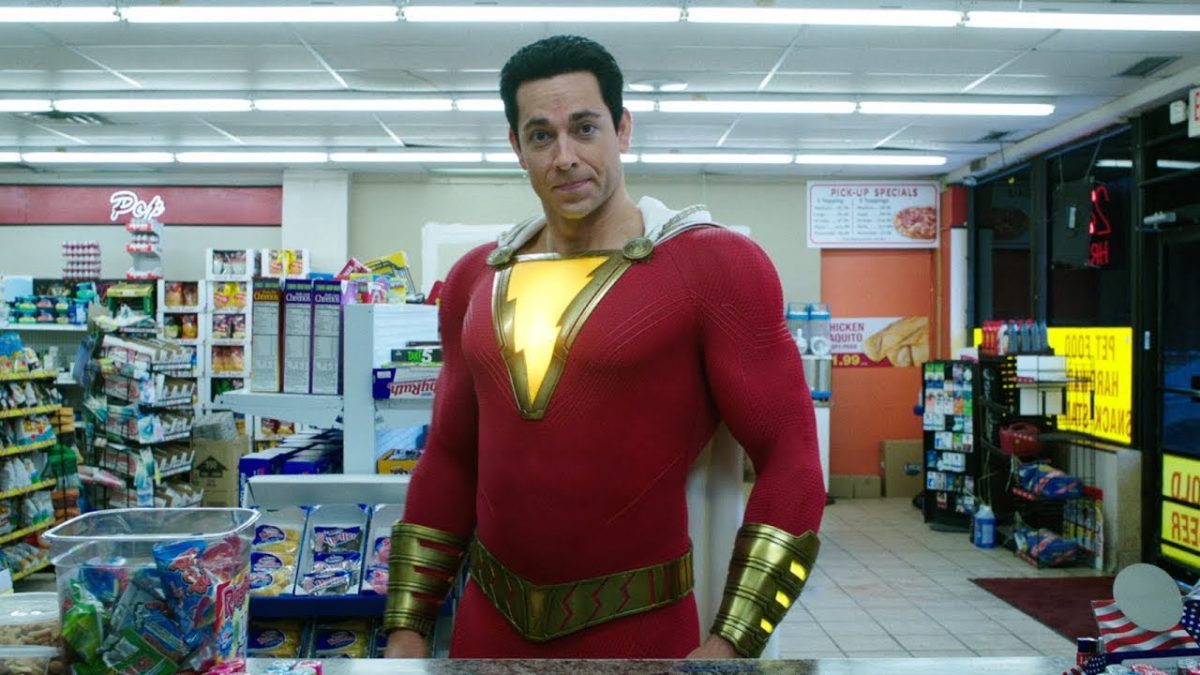 Is it just me that feels a bit weird about films having punctuation in their title? I can accept a colon. But that’s my limit.

Shazam! (see, it’s weird, right?) is the latest film from DC and Warner Brothers. It stars Asher Angel as Billy Batson, a 14-year-old who gains the ability to transform into Zachary Levi by saying the eponymous magic word.

Look, I’m conscious my last two reviews have been overlong. Therefore I’m gonna keep this brief. Shazam! is fine. A lot of people are putting this as their favourite recent DC movie. I didn’t really get that much from it and think I still prefer Wonder Woman and Aquaman.

That said, it is a competent enough movie. The performances are good. The jokes are decent even if they are all in the trailer. The climactic battle is probably DC’s best one since 2013 just going by the fact you can actually tell what’s happening. I do have a few issues that stop me from naming it my favourite though.

First of all, this movie starts quite poorly. I’d say everything up to the point of Billy getting his powers is poorly paced, and a bit, dare I say, try-hard. From that point on though, it gets a lot better and the second act especially is a heap of fun.

I found the villains to be pretty weak. Mark Strong’s Dr. Sivana has almost no motivation and appears to be evil just ‘cos. I get that this film isn’t really about that sort of conflict but I would still have preferred an adversary I could understand.

Finally, in what appears to be becoming a theme for 2019, the CGI is quite ropey at times. Unlike Dumbo, however, this movie has an excuse in that it was made for less than $100 Million. Oh, you thought I wasn’t going to kick Dumbo anymore? Think again, friend.

Other than that though, Shazam! is a decent movie with some well-woven themes, two greatly charismatic performances from Levi and Jack Dylan Grazer, and some fun satire of the superhero genre.

Oh, and I would have disliked the slightly irritating child performances more, but after last week I counted my blessings at ‘slightly’. One more kick, Dumbo.