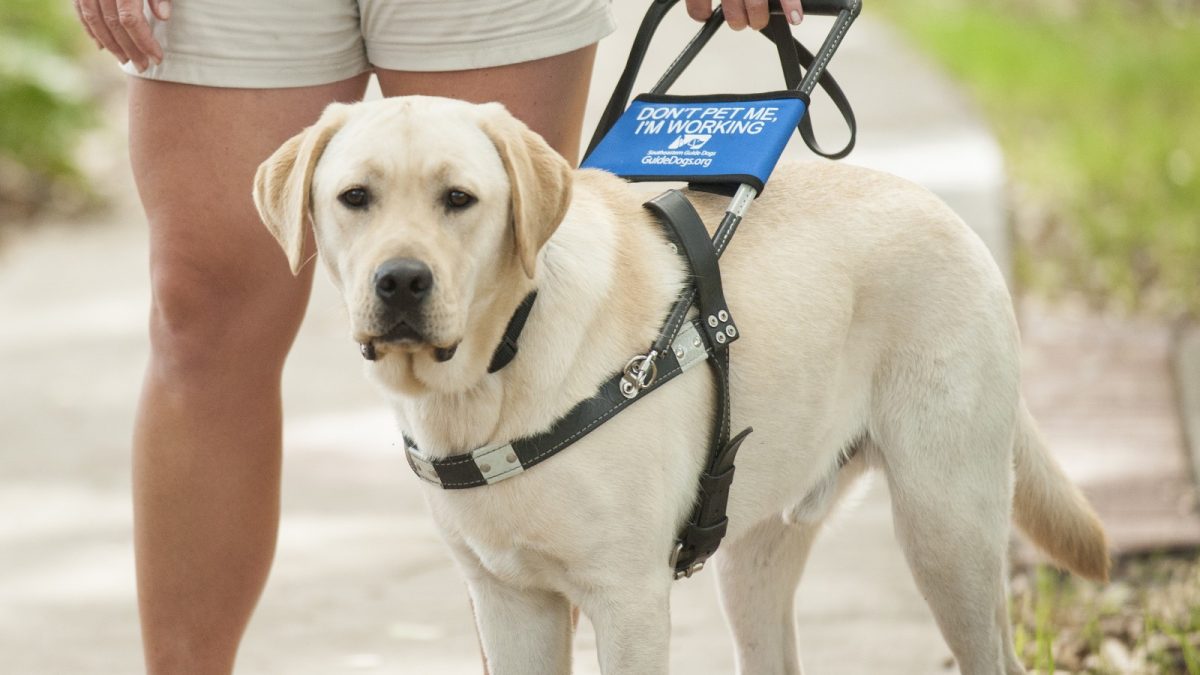 A Caffe Nero branch has sparked outrage after reportedly refusing to give a guide dog water. The store in Exmouth, Devon, told 40-year-old blind man Olliver Gibbons that his seven-year-old guide called dog called Sydney, could not have a drink.

Gibbons, who was a customer in the store, accompanied by friend Helen Fox, confirmed that the shop did, in fact, refuse the water for the good boy.

Fox said to the Exmouth Journal:

‘I said, ‘he’s a guide dog’, but they just said ‘no’ and walked off. It was really hot, he had been working and we had just taken him off the harness for a free run. I was taken aback – any dog should be allowed a drink, but he is also a working dog.

Ollie doesn’t want to go back again. It made him quite sad, really. He was asking why they were being like that.’ The company confirmed that they will be conducting an investigation into what happened.

They stated they were ‘aware of this incident and are in the process of investigating exactly what happened’.

A spokesperson for Guide Dogs South West stated that it was ‘very disappointing that the staff in this Caffe Nero made a decision to deny providing water to this gentleman’s guide dog on such a warm day’.

Even the RSPCA tagged in, saying it was ‘extremely concerning’ that this happened.

Seriously anyone else want to weigh in?

Luckily, Sydney was reported to have received a refreshment from the jewellery store nearby.