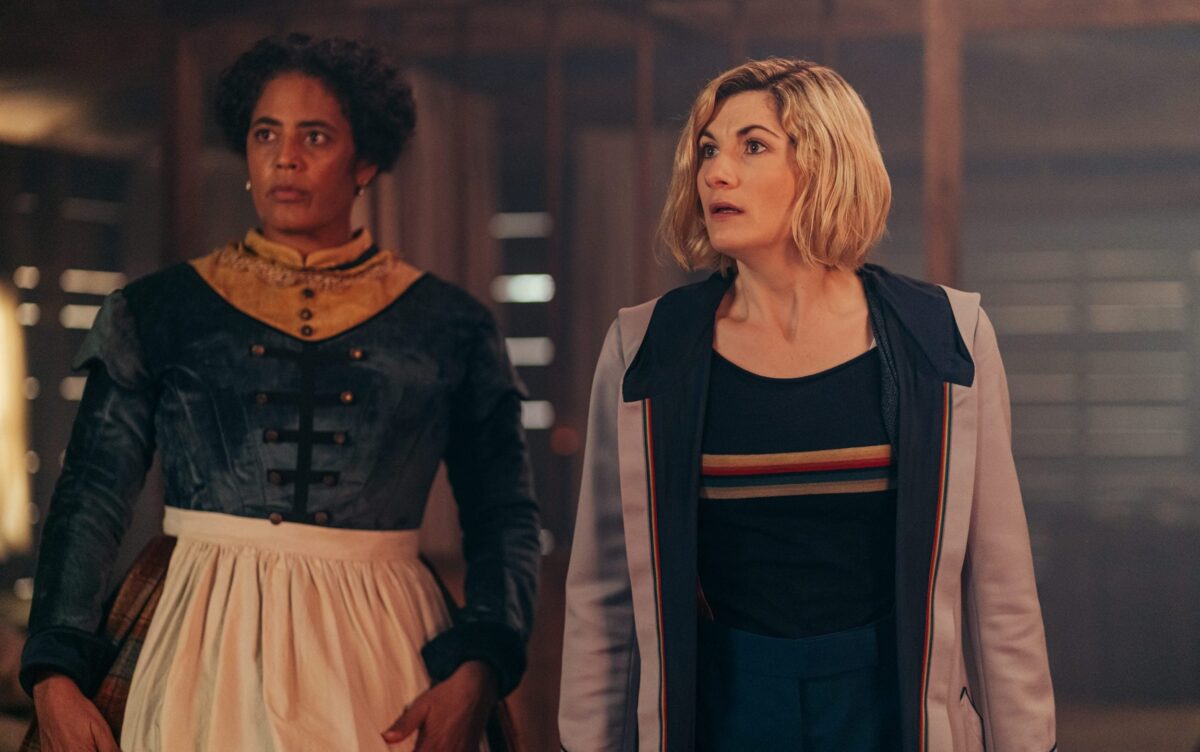 Doctor Who: Flux continues with War of the Sontarans, which is a bit of a redundant title since the Sontarans are basically always at war. So really it should be called: The Sontarans.

The Doctor, Yaz, and Dan have been transported through time where things are… a little off. The Crimean War is now being fought between the British and an army of Sontarans. The three are then separated, through a rather contrived means and must deal with the bizarre happenings throughout the universe.

With being put back in time, Chibnall can do what this era is best at: alternate history plot lines. The inclusion of Mary Seacole is a great addition, providing much-needed humour and heart. 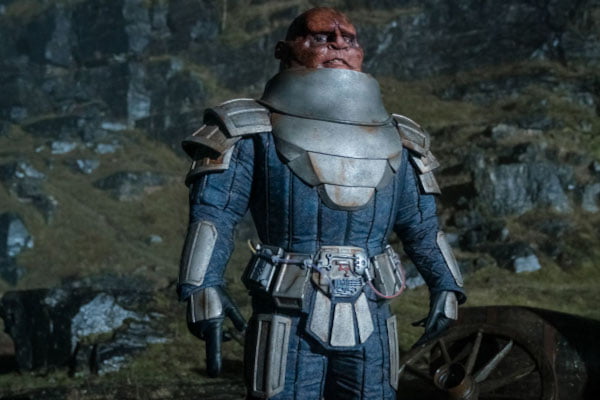 The Sontarans are as great as they’ve always been. It was wise not to play them completely straight as if the show is ashamed to be cartoonish and silly, and their bluster and bravado is a much-needed breath of fresh air.

John Bishop still can’t act his way out of a paper bag but the episode seems to be aware of this and sticks him back in Liverpool, armed with a frying pan. Much more in his depth.

Remember everything set up in the previous episode? Well, some of it has been pushed aside altogether, and others are only remembered halfway through the runtime. However, that’s where things pick up. 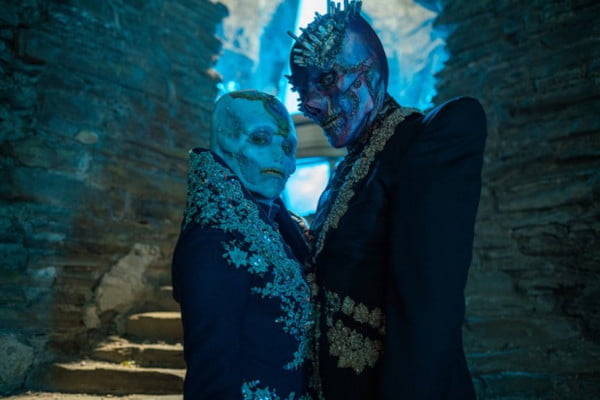 I didn’t mention him last review, but the character named Swarm looks to be the highlight of this series. With his unnerving design, sinister voice, and mysterious connection to the Doctor, he steals the show with what little time he is given.

However, this episode falls into what I think will be a problem for the rest of Flux, in that it just seems too ambitious for its own good. While The Halloween Apocalypse juggled too many plot points, the War of the Sontarans sacrifices intimacy for scale, to its detriment.

The huge battle between the Brits and Sontarans looks like stock footage of Rome: Total War and the direction of several scenes make the characters look dense. The camera will pan up to show something spectacular but the only thing you’ll think is ‘how did they not notice that immediately?’

Speaking of dense, Chibnall butchers the Sontarans’ mythos as the finest soldiers in the galaxy almost immediately. One particular scene will tell you these guys have worse aim than stormtroopers. This is something in a show or film I can generally look past but this absolutely pushed it overboard. 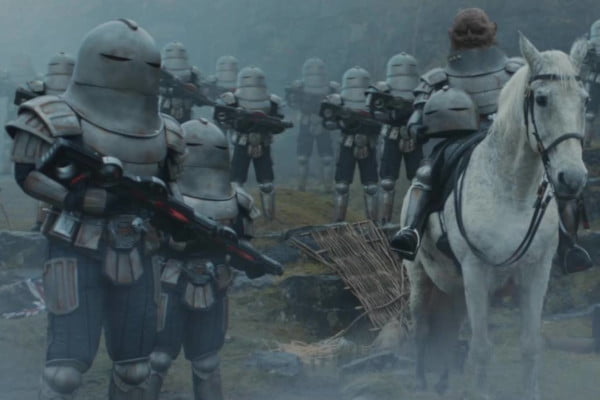 Something I’ve never realised that I find problematic is Thirteen’s relationship with the TARDIS. It’s not as symbiotic and meaningful as it was with other incarnations. There’s much less connection and heart.

Remember episodes like Heaven Sent or The Doctor’s Wife? Episodes that show better than many the relationship between the Time Lord and their time machine? That’s lost in this era.

Near the end of this episode, a mysterious substance is infecting the TARDIS, and Thirteen just treats it like a stain of ketchup to be cleaned. 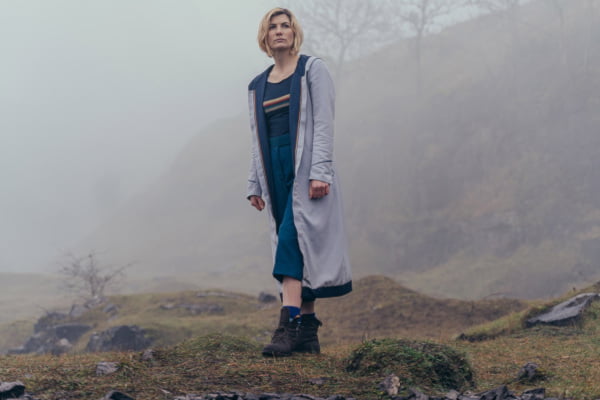 War of the Sontarans does a lot of things better than The Halloween Apocalypse. It’s funnier, has some great performances and for the most part, focuses well on the story at hand.

But its detriments are way too present. It lacks heart, it’s mostly style over substance and still seems more occupied with setup rather than anything else. Because of that, both episodes have the same rating. With certain fan favourite creatures set to heavily feature next time, this could be a make it or break it moment for Flux.