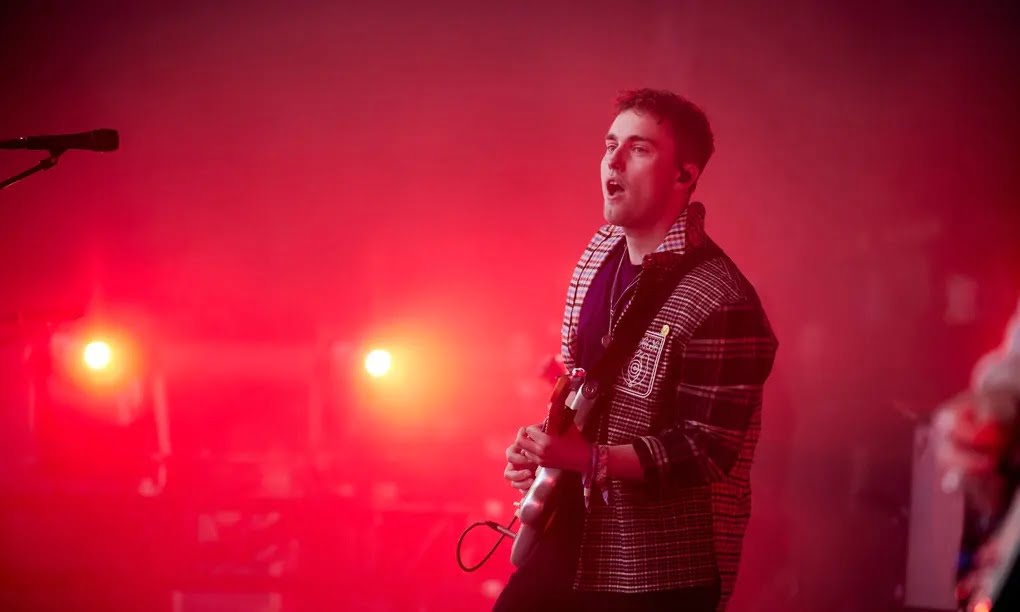 Sam Fender: Indie rockstar, 4 million monthly listeners, and a proper partying Geordie. His rise to fame since his debut album ‘Hypersonic Missiles’ has been a never-ending climb, from two BRIT awards to hungover BBC interviews, the Tyneside singer has never stopped giving.

Born and raised in North Shields, Sam Fender’s lyrics are drawn from the lives of working-class people. He exposes and criticizes aspects of society no one ever talks about: toxic masculinity, drinking culture, male suicide, and the impact of right-wing politics on the poor. Whilst he also speaks of family, hope, and growing up, Fender’s lyrics are unforgettable and undeniably relatable. Pop music nowadays is just heartbreak after heartbreak after heartbreak, and with his unique voice and powerful lyrics, the North East now gets to gatekeep one of the best musicians of our generation, as he follows in the footsteps of Bruce Springsteen and many other iconic Indie, rock and pop artists.

In the wake of releasing his new album, which was awarded ‘Best in the world’ by NME, Fender has played concerts and festivals all over the world, from his hometown’s Utilita Arena to Amsterdam, gaining an ever-increasing global fanbase. As Glastonbury festival returned in late June- and Doja Cat, who he replaced, had tonsil surgery- Sam Fender took the opportunity in his stride to perform on the Pyramid Stage, to thousands of old and new fans. His critical lyricism, infused with anger and emotion, gives a raw and powerful performance of flashing lights and black and white stripes. Singing mostly from his newest eponymous album ‘Seventeen Going Under’, Fender gave the performance of a lifetime as flags waved gracefully in the light of the sunset.

The roaring crowd sang his lyrics the whole way through his set. Beers were passed around and people were hoisted onto shoulders as the falsetto notes of ‘Saturday’ were sung and the anger was released in ‘Howdon Aldi Death Queue’, bringing an atmosphere of power, emotion, and fulfilment. And in the ending note of his title track, ‘Seventeen Going Under’- a song about the struggles of growing up in a working-class town- while the crowd continued to sing the catchy ‘whoa-oh-oh’, Sam Fender found himself on the stage of the biggest UK festival, tears in his eyes because he knew he had finally made it. 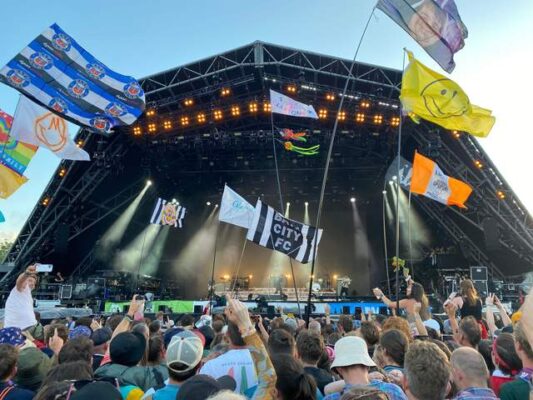 With many more festivals planned for the next year, we have not yet seen enough of Sam Fender and his band of best mates. As the next-generation Sting, it is clear to say that the North East are proud to have not only a talented musician but a person who uses his fame to help those in need. Recently, Fender hosted a gig at the 02 City Hall, where all of the funds went to the North East Homeless Centre, a place he devotes much of his time to. His full Glastonbury set can be found here, and if you haven’t already, stream Sam Fender on Spotify, Apple Music, and many other music streaming platforms.

Cheers to Sam, for representing a place that is looked down upon all too much.