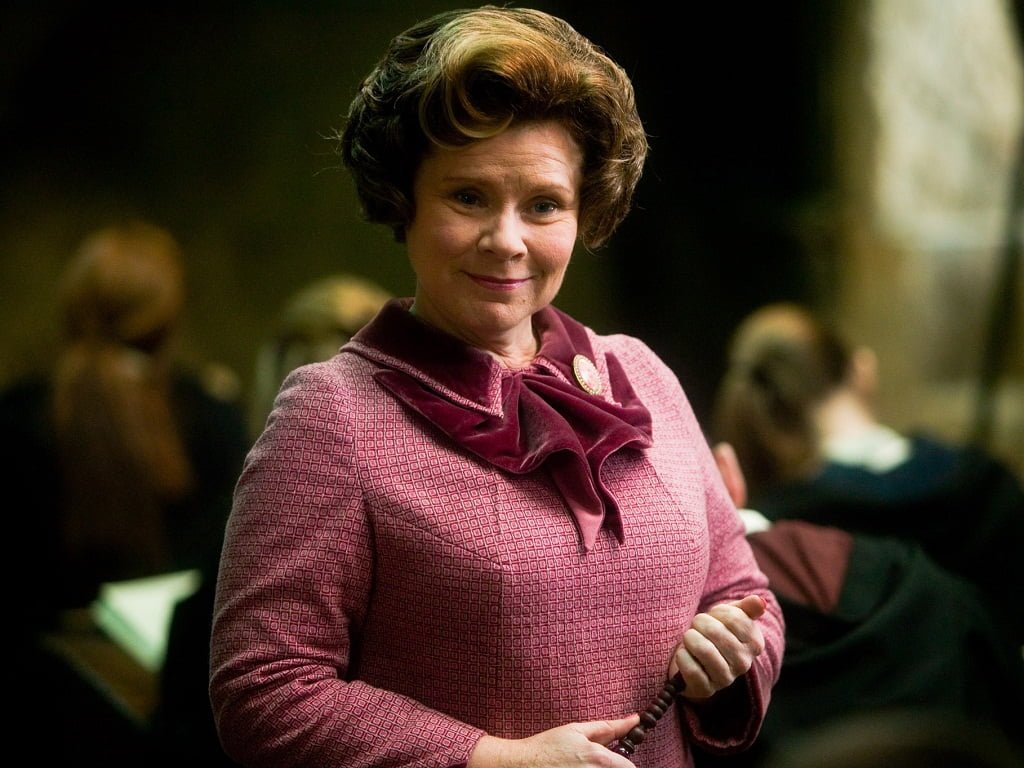 There are some truly reprehensible villains out there. In both fiction and reality. Sometimes though, the bloke posited as our ultimate bad guy isn’t half as bad as the slimeball in the background. Here are our picks for the characters who, honestly, were worse than the official antagonist.

If you’ve ever read or watched Harry Potter and the Order of the Phoenix, I challenge you to look me in the eye and tell me you didn’t want this witch dead. From her tittering introduction onwards, this repulsive, simpering, mucilaginous stain is a bane on the eyes of the reader/viewer. Her torturous brutality is infuriating when she’s continually protected by an incompetent government. Oddly, when I say it like that, she’s very similar to certain members of the cabinet. Has anyone ever seen her and Michael Gove in the same room? J.K. Rowling really outdid herself with this monster. It says a lot about a character where I’d rather see her end than I would a man who’s basically Hitler without a nose.

If you want a lesson in how not to artificially bloat your sparse source-material into three tentpole movies, listen up. Invented for the films, Alfrid gets a bafflingly large portion of screen time. The head-scratching trust Bard (one of our supposed heroes) places in him is routinely irritating when he invariably messes up, double-crosses or attempts eye-rolling “comic relief”. This one is particularly valid because I don’t really remember the actual villain for The Hobbit. I mean, besides Peter Jackson.

Now I appreciate this may be personal preference. And my preference is that I hate The Walking Dead and every character in it with one exception. The supposed megalomaniac Negan is the only character in the show who is in any way enjoyable or interesting to watch. He’s simple sure, but he’s consistent. Compare that to our supposed protagonist whose motivation, approaches and personality bounce around faster than a fly caught under a pint glass. He’s a bad leader, he’s a bad person and, like every other character, he’s boring to watch. Negan, while murderous, is charming, entertaining and arguably reasonable. And I’m willing to die on this hill. Then reanimate and die again.

The producers of the films (Transformers series)

Look, I don’t hate Megatron any more than I do literally every cast member of any of Michael Bay’s Transformers movie. Who I do hate are the writers, casting agents and director who made me sit through every one of those 45-minute ‘climaxes’. I hate whoever writes the cringe, machismo dialogue. It’s a film about children’s toys. I hate whoever frames the misogynistic peeper shots of whatever hot female co-lead they’re cycling through. Megan Fox is the only actual character in the series. I hate whoever doesn’t bother watching the previous films before storyboarding the new one. I mean I appreciate they’re all six hours long but come on lads, I did it and I wasn’t getting paid.

Can you think of anyone we missed? Let us know about it @NEbeep or myself personally @mcfadgy. There must be someone in that void I’m always screaming into.