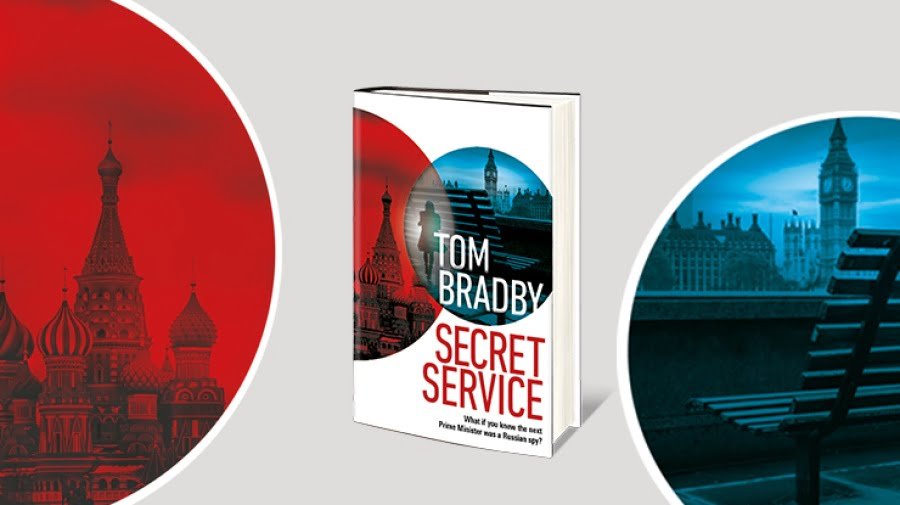 Heavyweight ITV journalist Tom Bradby is best known for presenting the news each night at 10pm on our TV screens. But, for those who care to follow him on Twitter, you will know he also has another talent up his sleeve: writing. His latest novel Secret Service proves very well that he is exceptionally good at it.

Secret Service is far from the dry, journalistic novel you’d expect from a highly-talented broadcaster. It is fast-paced, utterly thrilling, and a truly compelling read. Since I opened the first page, I haven’t been able to put it down – and that’s saying since there’s always a million distractions for me.

Bradby’s novel is centred around Kate Henderson, an MI6 spy at the heart of an investigation into Russia’s interference in a UK general election. The plot begins with a tip-off that the next PM could be a Russian spy, and, from then on, there are an abundance of twists and turns that Kate and her team must deal with. All while trying to keep the information of the investigation top-secret.

It’s not only this weighing on Kate’s mind, but the actions of her husband Stuart, who she loves so much. Questions of infidelity and betrayal surround them all – and it’s up to us who we believe, which is one of Bradby’s storytelling strengths. Nothing is obvious. Or is it?

Another of said strengths is Bradby’s ability to create characters you immediately fall in love or immediately detest. The suspected Russian spy of a Foreign Secretary, James Ryan? I really liked him, but I also hated him. Kate’s husband Stuart? I immediately loved him.

Yet, with the protagonist Kate, Bradby allows us to take our time judging her. She’s not perfect, but she’s real. Grappling with the realities of being a hardworking career woman and a loving mother, Kate’s anxieties materialise in the form of insomnia. But, by the third chapter, you absolutely love her.

Secret Service gives all other spy thrillers out there a run for their money. It takes you all around the world – and every word of description conjures up an unbelievably real image in your mind. The novel is infinitely modern, uses some true events to base the novel in our world, and incredibly exciting.

What’s next? Devouring the rest of the novels Bradby has written.