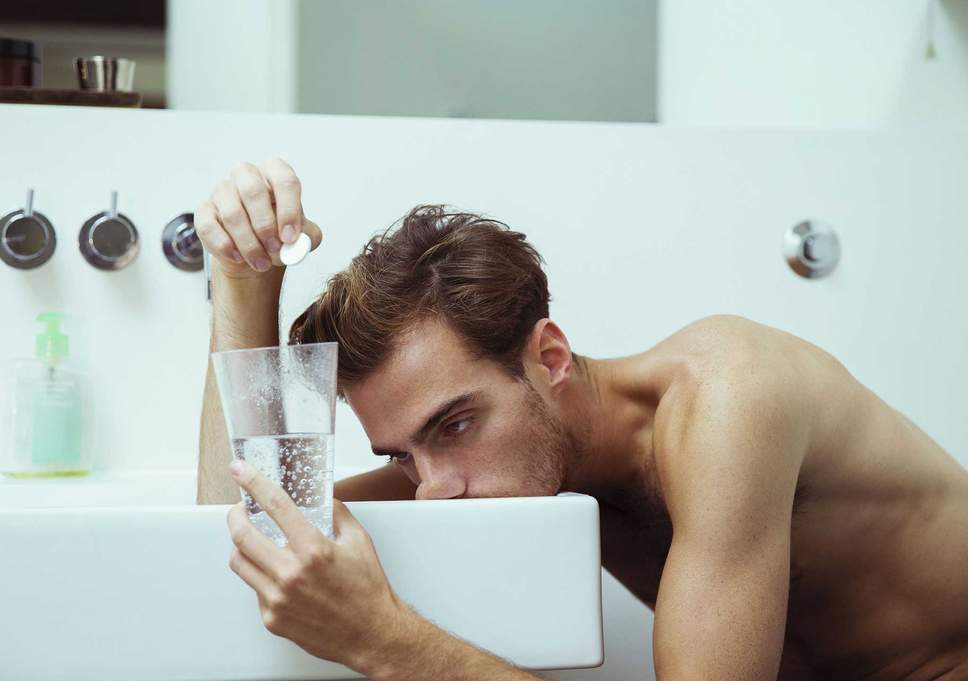 There are loads of tips and tricks that people use on a night out to avoid feeling hungover the next day. Having a big meal before heading out, not wearing clothes that are too tight and drinking raw eggs the next morning are just some things people do to beat the hangover. [It’s funny how all of the advice about curing hangovers is never just ‘drink less’ which is the most effective method.]

The most popular drinking hack that most people swear by is the old ‘don’t mix your drinks’ policy, meaning if you start off drinking beer, you stick to beer all night.

However it turns out that mixing your beer and your wine doesn’t actually make a difference to how rotten you’ll feel in the morning.

Researchers from Witten/Herdecke University in Germany have carried out an experiment to test the effects of mixing beer and wine on hangover intensity. The study, published in the American Journal of Clinical Nutrition, showed that the only thing that worsened the hangover was the quantity of alcohol consumed (quelle surprise).

To come to this conclusion, the researchers split 90 volunteers into 3 groups. One group drank 2.5 pints of beer before drinking 4 large glasses of wine, the second group drank the same but in reverse order and the third group only drank one or the other. Once they had consumed their designated amount, the volunteers were asked to rate their level of drunkenness on a scale of 0 to 10.

The next morning, the volunteers’ hangovers were measured according to their heart rates, level of nausea and intensity of headaches.

Unfortunately for those who insist that they feel worse after mixing their drinks, the research proved there is no difference in hangover intensity whether you drink beer first, wine first or don’t mix at all.

The ultimate moral of the story is if you don’t want to feel gross after a night out, maybe swap your beer for a Pepsi.