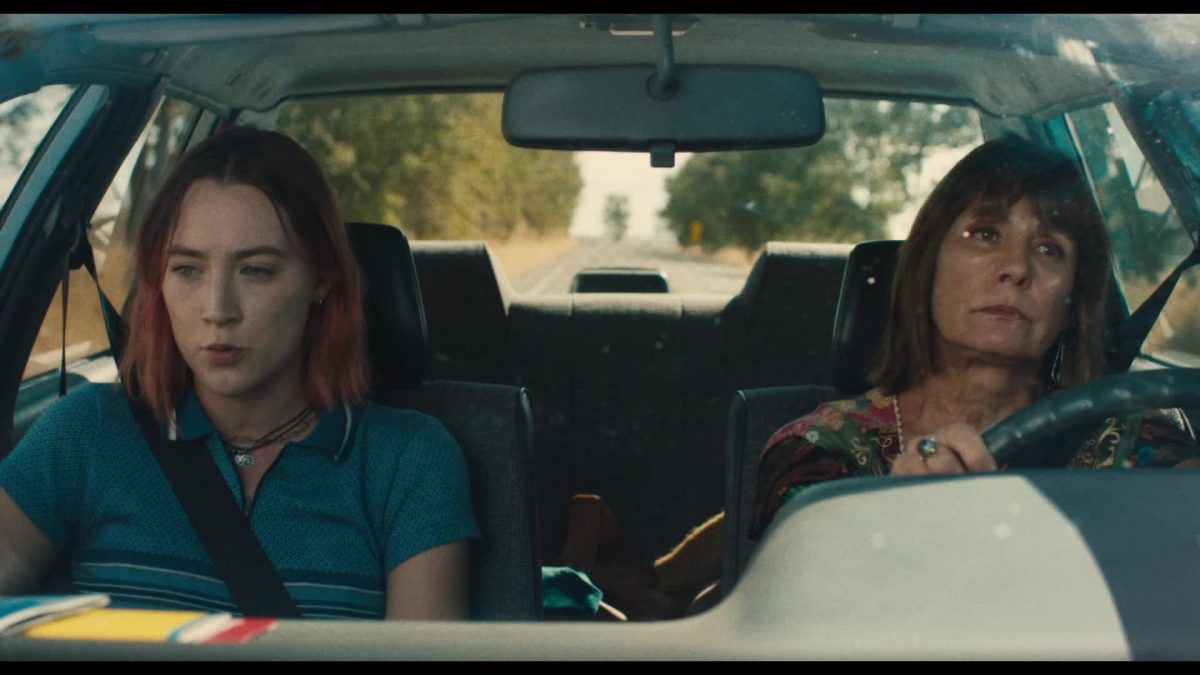 We did it. More specifically, I did it. The final Best Picture nominee and the 2nd coming of age drama featuring Timothée Chalamet at this years Oscars is Lady Bird.

Lady Bird was always going to be how I ended what I perhaps unfairly call my ‘yearly Oscar slog’. I knew it was a comedy. I knew it featured Saoirse Ronan. And, crucially, I knew it was short. All good things. However, there was this nagging feeling that the film might have been a necessity inclusion. What with #metoo and Hollywood’s red faces, a film with a female director and a predominantly female cast would be a splendid way to feign progress with one nomination.

Happily though, Lady Bird is fantastic. True to its promise, it’s a hilarious roller-coaster through adolescence. The plot centres on Christine ‘Ladybird’ McPherson (Ronan) and her exploits in the final days of high school. She deals with college fears, class boundaries, romance and, most prominently, her strong willed mother.

I’d heard Saoirse Ronan (fairly certain it’s pronounced ‘shur-sha’) was great in this but Laurie Metcalf really stole the show for me. As Ladybird’s mother she has so much work to do keeping the audience on side while still being a foil to the protagonist. Every performance offers easy access to your empathy gland for each beautifully realised character.

The film is basically every coming of age teen dramedy you’ve ever seen. They just do it so well and in such a unique style that it’s virtually unrecognisable. There were points where I went from trying to suppress my embarrassingly loud laughter to being silenced by a thundering gut-punch of tragedy. Similar to Three Billboards, director Greta Gerwig is operating a well-oiled see-saw of darkness and levity.

Additionally, Lady Bird is almost painfully honest in its depiction of awkward youth. If you’ve ever been young, and I’d hazard a guess you have, chances are you’ll recognise something as ripped almost straight from your youth. Or maybe it’s just that I was particularly awkward. Hard to tell.

And there we have it. The road to the most respected accolades in film is nearly complete. Stay tuned for predictions ahead of the ceremony on Sunday night.