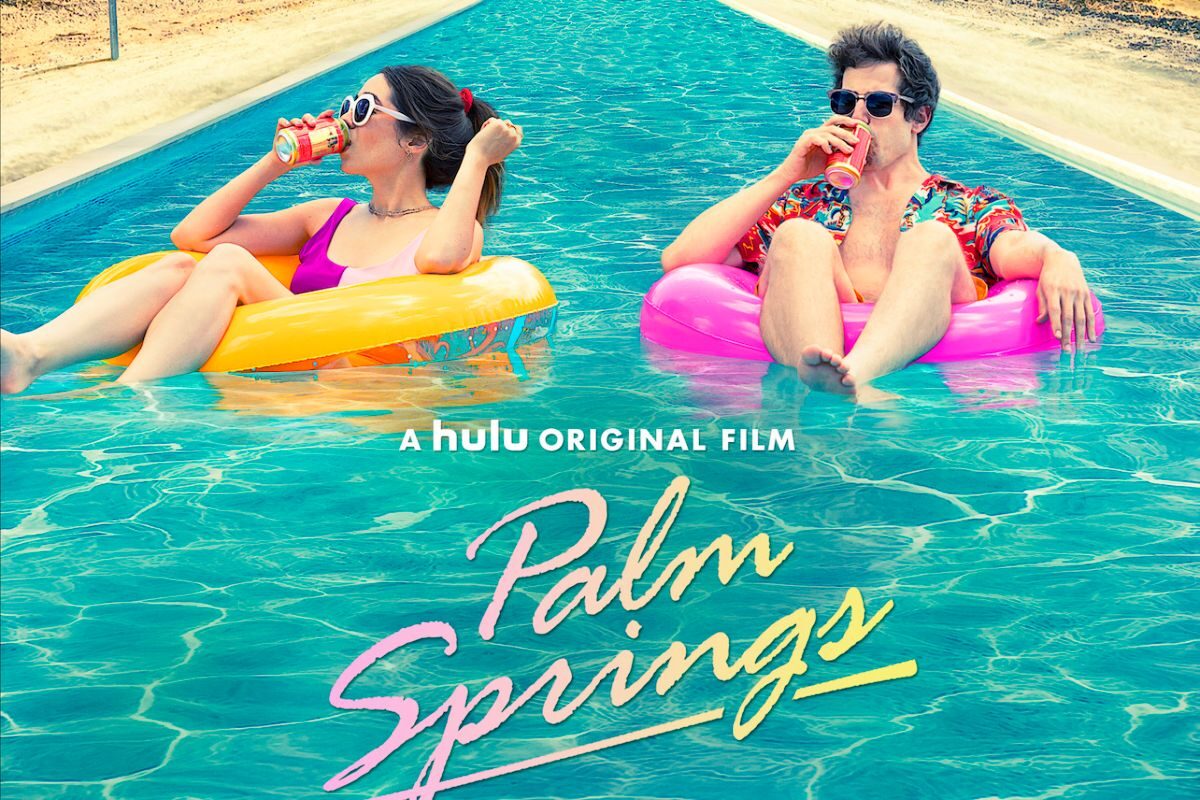 I often find it hard to get excited about new films these days. With many filmmakers having an interest in recycling and reusing past ideas and concepts, repackaging them as best they can, it’s hard to get into a film without a sense of Déjà vu. So when Palm Springs was announced, it was hard to not see the glaring similarities with Groundhog Day and write the film off instantly.

However, perhaps I shouldn’t have been so quick to write it off as a generic remake. After being purchased for a record-breaking fee at the Sundance Film Festival, it became clear that this film was much more than a sloppy rehash of past classics. 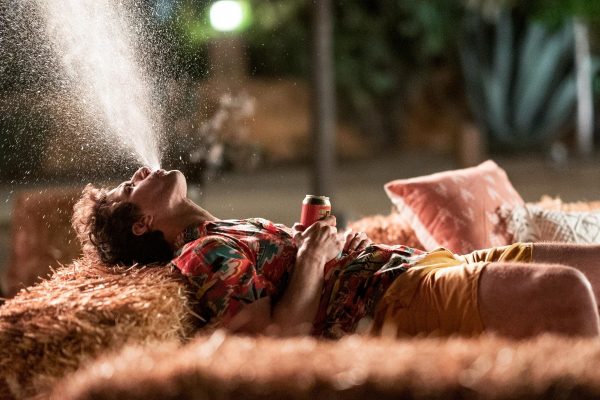 While on paper Max Barbakow’s Palm Springs may seem like a simple retelling of Groundhog Day, Barbakow succeeds in telling a story which despite its striking similarities with past time-loop genre films feels refreshing and new.

Meeting Andy Samberg’s Nyles after he has been trapped in the time-loop for an unknown amount of time and throwing Crisitin Milioti’s Sarah into the time loop helps to establish this fresh feeling for the film. This new dynamic between the two characters allows for a series of new concepts for the film to explore throughout its duration. 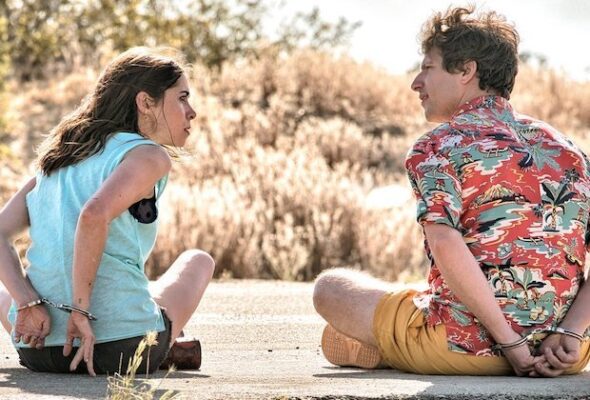 One of the greatest assets of Palm Springs is the chemistry between the lead characters of Andy Samberg and Cristin Milioti. Throughout the duration of the film, the two leads bounce off of each other extremely well and provide both solid dramatic and comedic performances for the audience. With the support of J.K. Simmons, the relatively small cast is able to keep the audience engaged and interested in the plot.

The cinematography of Palm Springs also provides an extremely clean and visually pleasing film for the audience which only helps Palm Springs in being an extremely watchable and enjoyable experience. The landscape of the movie provides a great backdrop for the events that unfold throughout. 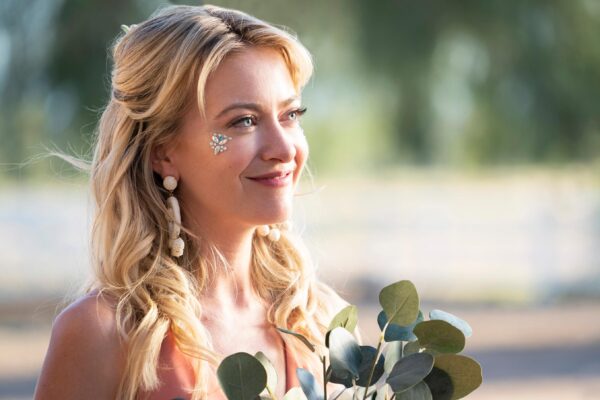 While the duration of Palm Springs is easy watching and enjoyable, the only criticism I would raise is that towards the end of the film the plot feels like it moves too quickly and attempts to tie itself up in a not-so-neat way.

Although this is slightly disappointing, it is a testament to the rest of Palm Springs that this scrappy ending doesn’t take away from the film heavily and by the end of the film, there is still a clear sense of satisfaction with the film.

Palm Springs may be a time-loop genre film I found by the end of the film that I had been proven wrong in my past reservations about it. This is absolutely more than a simple remake and brings its own unique ideas and concepts to the table.

I now believe you won’t find yourself feeling like you’re trapped in a never-ending loop while watching it and would definitely recommend giving it a watch.