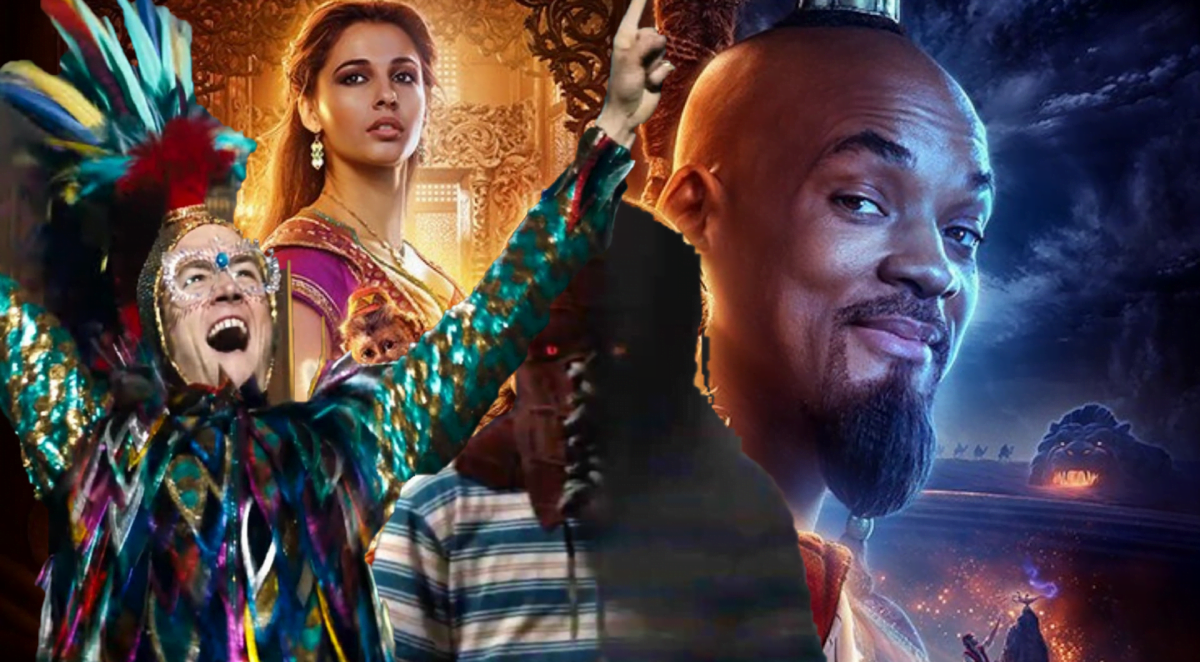 It’s been a busy week for me. I’ve seen four movies, only one of which I feel I can actually talk about for any length of article. So I thought, I’d save myself the stretching and do some quick-fire reviews for the first three.

Aladdin is the latest live-action remake of a classic Disney animation. I was a bit disappointed because it wasn’t the hilarious car crash I was expecting. Some parts are shockingly quite good. Will Smith as the genie is the highlight and his personality carries a lot of the film.

They beef up the character of Princess Jasmine and give her a lot more to do which is a good use of the increased run-time this version has over the original.

As for the bad, they essentially delete the characters of The Sultan and Iago the parrot from the script, which is a huge shame, especially considering the characters they’re replaced by. Most of the musical segments suffer from not being half as… animated (holds for applause) as their 1990’s counterparts. There’s just no way to instil as much energy into segments like Prince Ali or One Jump Ahead when working with real-world elements.. Also, Jafar is boring.

If it wasn’t for a surprisingly good genie, it’d be a pretty dull affair but as it is, it’s alright. Better than ruddy Dumbo, that’s for sure.

Rocketman is the Elton John biopic and my feelings about it can be summarised thusly: “Elton John has some hellishly good songs doesn’t he?”.

Making this movie an actual musical was a stroke of brilliance from the film-makers. It makes a paint-by-numbers plot a thousand times more bearable because you know there are some enjoyable musical set pieces coming up. I was reminded of The Greatest Showman in that way.

It also exercises admirable restraint. They don’t just stick songs in because it can. The songs it chooses are, for the most part, selected because of the story the film is trying to tell of abuse and addiction. The most shoehorned in is probably the Rocketman song itself. So don’t expect any Lion King soundtrack or Princess Diana tributes.

It’s pretty fun. Taron Egerton is good at the end of the day, it’s Elton John. I saw it a week ago and I’m still singing I’m Still Standing. It’s miles better than Oscar-winning Bohemian Rhapsody at any rate, though that’s not hard.

Brightburn is a sort of slasher film/superhero movie. The story is basically the Superman origin but if Clark Kent was a psychopath.

It’s an interesting concept done to a fairly decent standard. As is my problem with a lot of recent horror, it’s not scary because there’s no unknown to be fearful of. We know from the start who the killer is. If you know even the basics of Superman, you know what his powers and weaknesses are and can predict the plot fairly easily.

That said, there is some quite affecting gore in this film. Two scenes especially are not for the faint-hearted (or those that are creeped out by eyeball stuff). It’s a snappy watch and doesn’t bore at any stage. It just could have used another run at the script to make it a really effective thriller.