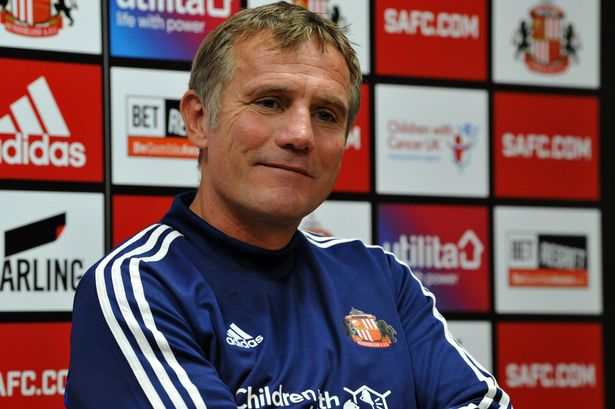 Sunderland’s new boss Phil Parkinson sampled the home support of his team for the first time last night, in an impressive 5-0 win for Sunderland over Tranmere Rovers.

Goals from five of Sunderland’s starting eleven showed how reassured the whole squad was to get three points.

From the get-go, Sunderland were offensively minded, with striker Will Grigg brushing the post inside two minutes. The away side were merely travellers from then on, with Watmore making a good run to place home the first, right in front of the Roker end fans.

Just two minutes later, a free kick on the edge of the box was easily placed home by Chris Maguire, who has now tallied up five goals this season. Lyndon Gooch meeting from another set piece to give Sunderland a three-goal cushion heading into half-time.

Into the second half, Sunderland continued to apply pressure to a deflated Tranmere, with Grigg adding a fourth in the closing minutes before Luke O’nien found time for a fifth to finish off a promising performance for the Wearsiders. Grigg was able to end his six-month goal drought, which will hopefully build up his confidence for Saturday’s match.

This was Sunderland’s best league win since 2007, where Roy Keane’s team beat Luton Town on the final day of the Championship winning season.

Phil Parkinson’s tactics have always been described as largely defensive, which made Sunderland’s first clean sheet of the season seem so much better.

The Black Cats have moved up into seventh place in the League One table with a win last night, as well as increase their goal difference by a healthy amount.

Phil Parkinson has already told the lads not to get ‘carried away’ with the win, he said: “It was incredible, the supporters were great…you could feel it.”

“We looked a very dangerous team at times…I asked ther lads for a ruthless, professional second half and they certainly gave us that.”

Sunderland’s promotion race has started slower than last season under Jack Ross, however the commitment to put five goals past an opposition will surely increase the overall confidence for Saturday’s trip to Shrewsbury.

All in all, a dream start for Sunderland’s new boss, and the result here shows that they could still be contenders for promotion this season, a cracking end for the disappointment experienced only a few months back.