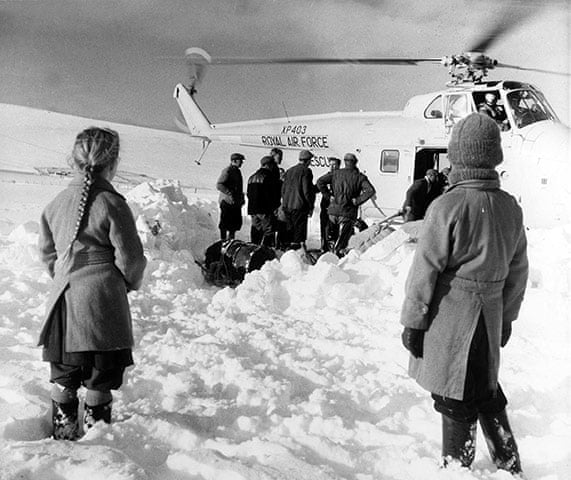 Much of the United Kingdom has been beset by snow this week with weather warnings issued across much of the country. Areas of higher ground can expect “very significant” snow of up to 10cm whilst schools, airports and railway stations have all seen disruption.

So that’s the current situation, but what about the bigger picture? Were British winters worse in the past?

Snow in the Sixties

The winter of 1962/63 is generally considered as the worst British winter of modern times and is colloquially known as the ‘Big Freeze of 63’. Temperatures plummeted to a 200 year low whilst a 36-hour blizzard brought significant communication and power outages alongside damages to the road and rail network. The mean maximum temperature in January 1963 was a chilly -2.1 degrees.

The snowfall of winter 1947 was prolonged and brought hardship across the country as snow fell, somewhere in the country, for 55 days straight. This was the coldest winter on record for Northern England. Receding snow brought more problems as the excess of melt-water pouring into rives caused severe flooding.

Social Disruption in the Seventies

1978/79 is notable for the social conditions of the time rather than the weather. Best known as the ‘Winter of Discontent’ for the wholesale strikes in the public sector, it combined with the significant snowfall including a damaging New Year’s Eve blizzard. This was a very unhappy winter indeed. The events of the season brought about the downfall of James Callaghan and the election of Margaret Thatcher later that year.

The Met Office keeps a dataset of monthly and daily temperature records from 1659 that reveals far harsher winters in centuries past. The period known as the ‘little ice age’ ended not long after 1850 but regularly brought bitter frosts to an industrialising Britain. ‘Frost Fair’s’ – held on a frozen River Thames – were commonplace and attracted huge crowds.

Statistically, December is the least likely winter month to produce snow (although 2010 was a notable example of a White Christmas), whilst January and February are the most likely (5.6 days of snowfall) with March not far behind.