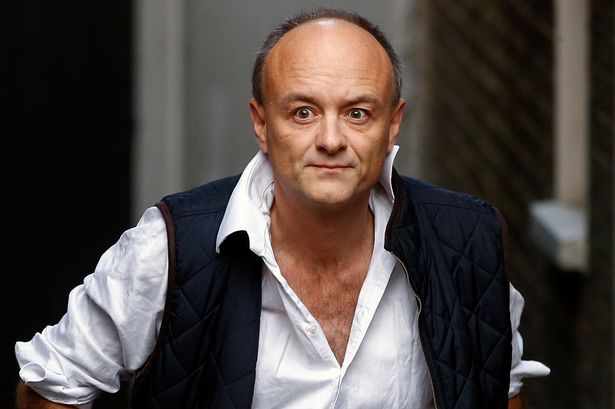 You may have heard his name briefly mentioned in the news really, but only if you were listening closely. Either way, you’ll definitely have heard his slogan: “Take back control”. Dominic Cummings is a very powerful man operating behind the scenes of government right now, so we thought we’d explain who he is and what he’s doing.

Who is Dominic Cummings?

Cummings is a political strategist and campaign mastermind. Born and raised in Durham before going on to study at Oxford, he rose to prominence during the EU referendum.

Working for Vote Leave, he managed to successfully target voters through Facebook advertising (which has been criticised by many as undemocratic due to links with Cambridge Analytica). Cummings previously worked for Michael Gove when he was Education Secretary.

Now, Mr Cummings is a special adviser to Prime Minister Boris Johnson and his government.

Why is he so infamous?

Dominic Cummings has become very well-known in politics for his frank and outspoken style. He was portrayed by Hollywood star Benedict Cumberbatch in the drama reconstruction of Vote Leave’s campaign, Brexit: The Uncivil War.

Perhaps that dramatisation captured his style perfectly. Shown to be difficult to work with after Vote Leave board member Bernard Jenkin tried to kick him out of the team, Cummings causes controversy wherever he goes.

Yet despite his temperamental attitude and difficulties working with politicians, Cummings is irresistable to them. If they want to win, they seem to head straight to his door.

The reason we’ve been hearing his name in the news recently is due to the controversy he’s caused in Number 10 Downing Street.

Dominic Cummings now advises Boris Johnson and, shortly after taking up the job on 31st August, he fired one of the Chancellor’s aides without his permission. Doing all of this behind the Chancellor’s back – and having the aid escorted out of No. 10 by an armed officer – was a shock to politics.

It made people wonder who’s really pulling the strings behind the scenes. These suspicions only increased when PM Johnson sacked 21 of his own MPs, including Churchill’s grandson, for voting against him in the Commons. Many think he was advised by Cummings to do so.

Whatever you think about Dominic Cummings, he’s one to watch.