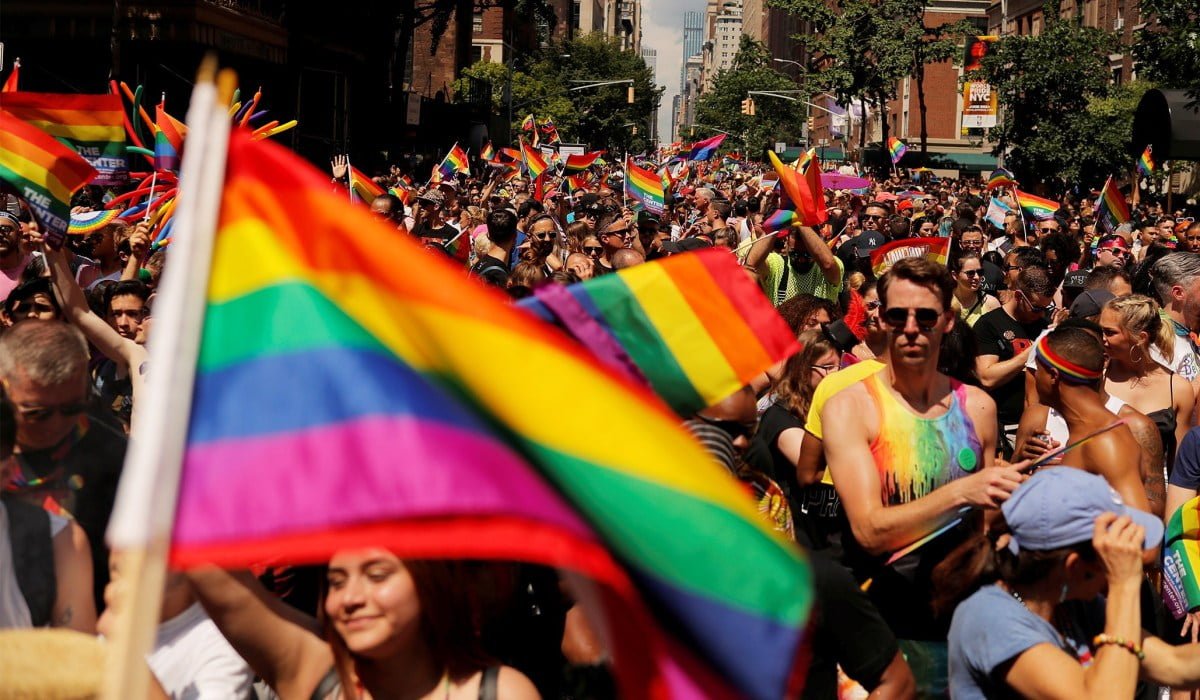 Pride Month is officially here, and we’re supporting it as always here at b**p.

However, as always, there are some who question the relevance and need for a Pride Month. After all, they say, there isn’t any pride for straight people. Regardless of that issue, though, there is a relevance for Pride Month, and there is a need for such a thing. If you’re not convinced, allow us to explain…

Pride Month is a worldwide celebration of the LGBTQ+ community and their struggle for rights throughout history and around the world. It is also a way of showing off a vibrant variety of individuals who have unbelievable talent, as seen at pride marches with entertainers and performers, including drag queens. The month allows for those who are typically marginalised in society to step forward and take centre stage, which was shown quite clearly on Virgin Atlantic’s Pride Flight to New York – where Pride originated – featuring drag queens onboard as flight attendants. Pride is made to be fun and welcoming and inclusive. Coincidentally, it is the latter that Pride also aims to achieve throughout the world.

Although the rainbow flags fly high in many parts of England during Pride Month and are circulated around social media (including our own), not everything about Pride is joyful. There’s also a more serious need for a celebration of the LGBTQ+ community.

At the heart of Britain is our children – they are the future. Yet we aren’t very good at protecting all of them. According to Stonewall, 45% of LGBT young people have experienced homophobic, biphobic or transphobic bullying. That’s almost half of the all LGBT young people being bullied for their sexual orientation or identity. And, as we know, the scars of bullying can last a lifetime. This is just one reason why we need Pride Month.

Next on the list is that 90% of secondary school teachers say that young people are subject to homophobic bullying regardless of their sexual orientation. This additional finding from Stonewall seems to suggest that being homosexual is still taken to be wrong, unnatural and disliked in our schools. Regardless of a young person’s sexuality, they are still bullied for being ‘gay’. It is clear from this that there’s a wider problem – and it lies in attitudes. Pride Month is here to change attitudes; to normalise the existence of the LGBTQ+ community. That is exactly how one combats such entrenched social attitudes, and it’s exactly why we need Pride Month.

And finally, things are, of course, far more sinister for the LGBTQ+ community in the rest of the world. According to ILGA, 70 countries criminalise same-sex relations, and seven of those countries impose the death penalty for same-sex relations. It had previously been six until this year when Brunei announced it would bring in the death penalty for gay sex. So, if being bullied for who you are isn’t enough, go to some places around the world and you’ll be killed for it.

But we don’t need a Pride Month? We think that sounds a bit ludicrous now. Pride is important, and it’s important that we do all we can to support it. You are who you are, and you love who you love. Pride Month, at its core, is about teaching this to the world in the hope for tolerance, compassion and freedom in return.