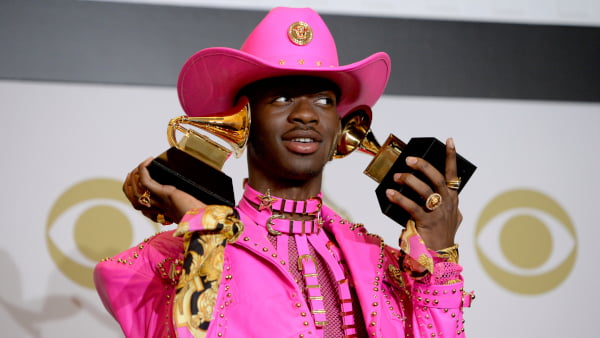 Lil Nas X and his unapologetic commitment to who he is has been so important to the music industry.

Nas has challenged the framing of the hip-hop genre and the music business itself, performing proudly as a gay male in the industry. And he has not shied away from stirring up controversy and a legendary Twitter presence.

Lil Nas X burst onto the music scene with country-rap debut Old Town Road in 2019, reaching viral status on streaming platforms and the upper rankings of the Billboard Hot 100 charts.

It later being the fastest song to get diamond certified and won two Grammys. 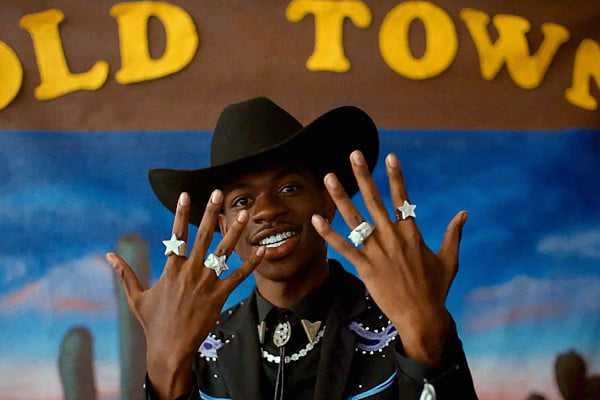 On the back of its success, Billboard quietly removed the hit from the Hot Country Songs charts, as it was deemed to not feature enough country elements, leading a re-evaluation of the genre.

Many fans and reports called out the erasure of artists of colour from white-dominated genres, Rolling Stone adding: “The music industry still relies heavily on old-fashioned definitions of genre, which have always mapped on race – Billboard’s R&B chart, for example, was originally titled “race music”.”

Lil Nas X has since centred further pivotal conversations, but with controversy, following the release of MONTERO (Call Me By Your Name) and Industry Baby, both music videos heavily featuring his sexuality and identity.

MONTERO (Call Me By Your Name)

Nas collaborated with art collective MSCHF alongside the release to create 666 pairs of promotional ‘Satan shoes’- Nike Air Max 97s decorated with pentagrams, a bible verse and a drop of human blood in the sole. 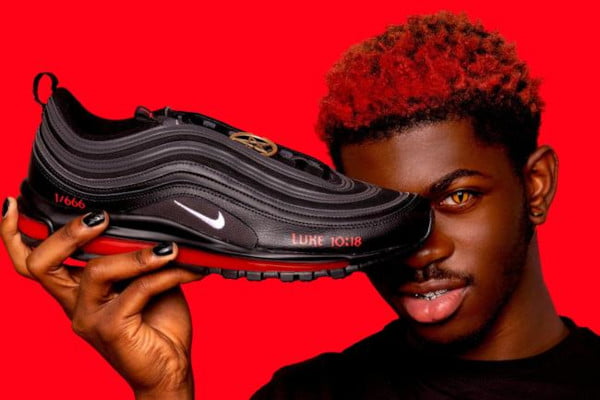 “We Christians must be prayed up ready to battle in the spirit with the Voice of the Holy Spirit. This is evil & heresy and I pray that Christians rise up against this,” a pastor shared in a tweet.

Lil Nas X has since stated that the video is actually an embrace of his identity, titled after his real name Montero Lamar Hill, and is his backhand to the oppression of LGBTQ+ groups egged on by out-dated religious narratives of punishment, and general homophobia.

“I spent my entire teenage years hating myself because of the sh*t y’all preached would happen to me because I was gay. So I hope [you] are mad, stay mad, feel the same anger you teach us to have towards ourselves,” he explains in a tweet. 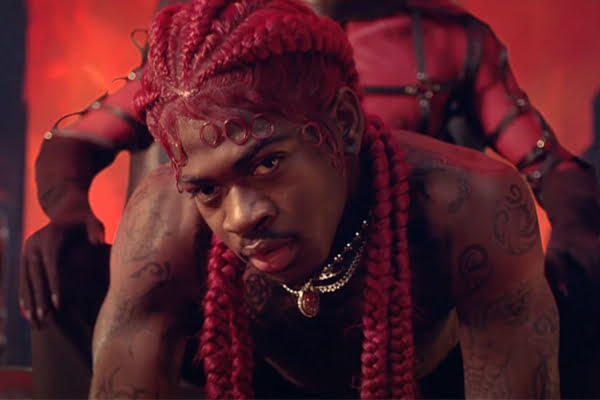 Industry Baby followed a similar path of controversy, the music video reacting to the Satan shoes and Nike lawsuit of the MONTERO (Call Me By Your Name) era. 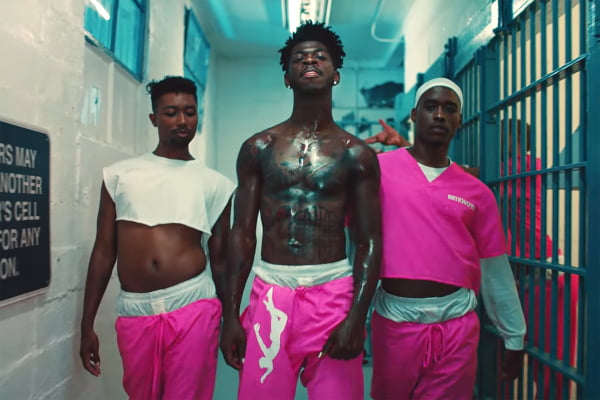 Just two days after the release, rapper DaBaby made shocking comments on stage in an unprovoked rant: “If you didn’t show up today with HIV, AIDS any of them deadly sexually transmitted diseases that’ll make you die in two to three weeks, put your cellphone lighter up.”

Sir Elton John and many HIV/AIDS charities were quick to call out the untruthful, stigma-pushing comments that are killing those with the disease everyday. 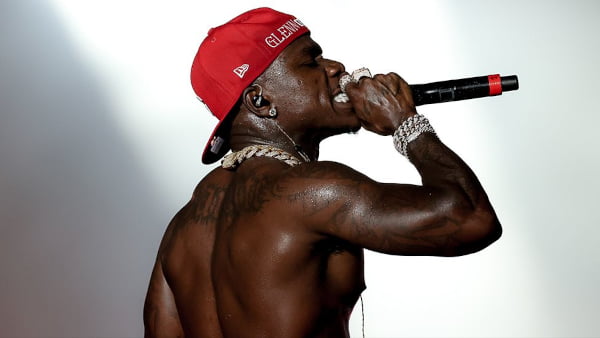 In place of an apology, DaBaby then divided gay people into “good” ones and “nasty ones” in an Instagram video … just wow.

Following the prison-themed video, Nas has teamed up with The Bail Project to end cash bail, which he sites as “one of the most important civil rights issues of our time”.

We are repeatedly reminded how much we need figures such as Nas being unapologetically themselves, reshaping the barriers built inside and outside of the music industry, and taking no sh*t.