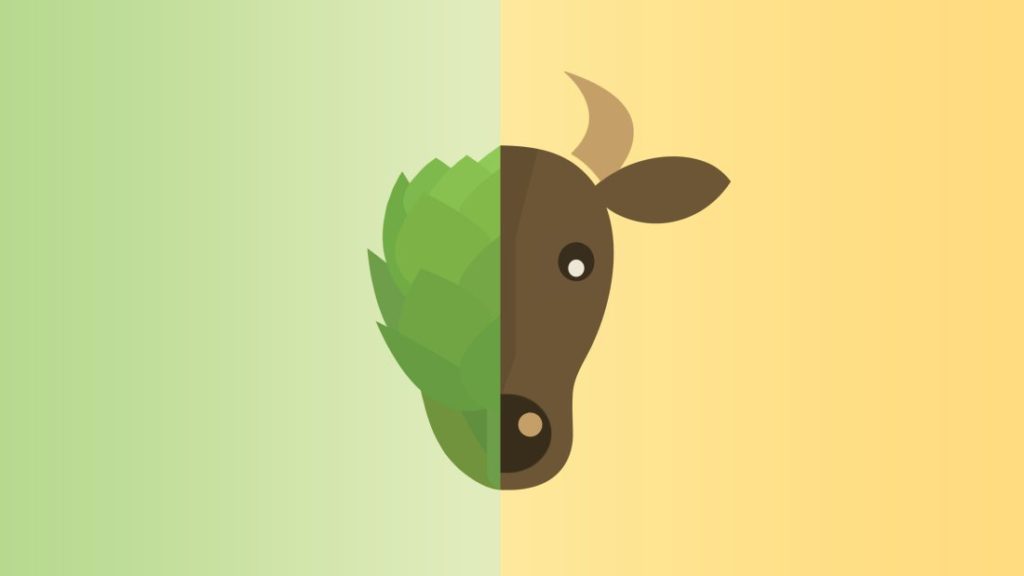 With hundreds upon hundreds of diet, exercise and lifestyle changes in this social media-orientated era being spread like wildfire, it’s hard to not scoff at the idea of veganism.

As veganism is such a daunting change that disregards traditions that go back hundreds and hundreds of years, it’s no wonder people find the idea of such a change in lifestyle to be somewhat ‘extreme’. However, through my own research, I’ve gone from being someone who thought of veganism as an extreme idea to it could be a simple step to not only achieving a healthier but ending multiple crises our planet faces.

Whether you believe in it or not, it’s hard to deny the world around us is facing a massive threat that we’ve never had to deal with before. With carbon dioxide levels rising at record speeds and the ice caps melting, what can you do to help fight the dreaded change?

When it comes down to the basics, greenhouse gases are the simple reason for the world heating up. Methane is a greenhouse gas emitted in abundance by humans and animals through defecation.

Imagine how much methane is released by the 150 million cattle killed daily for food around the world, not including cattle involved in the dairy or egg industry. 51% of greenhouse gas emissions are due to livestock and their byproducts, in comparison to the 13% from the use of fuel, according to statistics given by Cowspiracy.

When I found this out, it became plain to me that veganism wasn’t simply just another trend fuelled by social media and clean eating fads. The way I see it, if we all simply cut out specifically meat and dairy, our worldwide greenhouse gas emissions could be almost halved.

Where do we go from here?

The idea of merely cutting out huge parts of everyday people’s diets does raise the question as to what is left to eat, as well as feeding the already-struggling masses, with huge quantities of calorific food off the market. Animal agriculture is more of a hindrance than a help regarding world hunger.

Considering livestock covers 46% of the Earth’s total land, it does beg the question of how much of the same land could be used for crops rather than cattle, and how much land used to produce food for the same cattle could be reserved for human consumption. By cutting out the middleman, it’s been said by sources such as PETA that world hunger could finally be overcome. With the simple fact that it takes 13 pounds of grain to produce one pound of meat, it’s obvious that meat is more of a luxury in this world than a necessity.

The final straw pushing me into the beautiful world of veganism was the consideration of its health benefits. With the World Health Organisation recently declaring that red meat is, in fact, a carcinogenic, even a shift into vegetarianism is promoted to improve life expectancy. However, other health benefits can be acknowledged from a reduction of animal products in day-to-day life, as it’s speculated that consuming dairy could be a leading cause of breast cancer.

Putting aside even this, purely eating a plant-based diet if done correctly, give your body the right nutrients for growth and repair. As well as this, it ensures you’ll eat your greens, read the ingredients in products that you may have previously overlooked and you care more for your own health and body.

To put it simply, going vegan has been one of the most positive changes I’ve made so far in my life, for both my mental and physical health. I’ve found I eat less junk food and care a lot more about what exactly goes into my body. As well as this, pushing my previously picky-eating self to try new things and gain independence through cooking more and enjoying learning about food has been great.

It’s not all black and white, though. There are many more benefits that come from going vegan beyond . However, it’s about taking things in moderation and doing what you’re comfortable with. After all, any change is a good change – especially when it comes to the future of our planet.