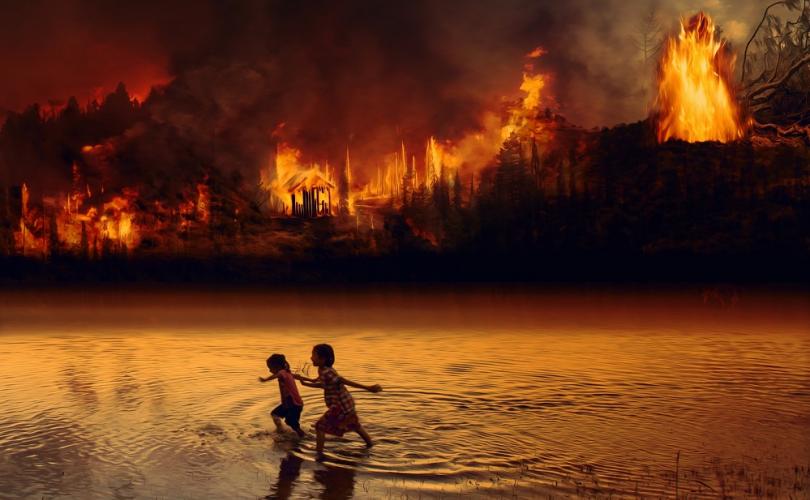 At b**p we always strive to deliver the truth to our readers, and, in part, we did this with our article on the agricultural industry feeding the fires in the Amazon rainforest. However, that’s not the full truth. In fact, there’s a lot more to the Amazon fires than simply going vegan. The truth about the Amazon fires lies in grubby corruption and dirty politics.

While it’s true to an extent that the diets of most individuals in the Western world feeds the farming and agricultural industry, it’s unfair to blame this on the fires in the Amazon. Eating meat does indeed create a demand for farming and all that goes with it. But it’s not the sole reason for the Amazon fires.

The truth about the Amazon fires is that regardless of if everyone in the Western world went vegan, it would still be set on fire. Yes, set on fire. The fires in the Amazon aren’t wildfires – it’s not natural for any wildfires to occur in a rainforest. They are deliberate fires. It is arson.

If I went vegan, and if you went vegan too, it wouldn’t stop greedy corporations and politicians from setting the Amazon on fire. The land is far too profitable for veganism to solve its problems. Think about it: the Amazon literally holds potential cures for cancer. And you think veganism would solve it being monetised? Wrong.

Jair Bolsonaro is the President of Brazil. He is the reason that the Amazon is on fire. How? Since coming to power in October 2018, he has relaxed the rules protecting the rainforest which has absorbed 90 to 140bn tons of carbon. He’s allowed for more logging, grassing and farming to occur – all for the sake of profit.

As well as this, Bolsonaro is a raging racist. He refuses to accept that the indigenous people of the Amazon belong there and feeds a racist appetite in Brazil that stands strongly against Amazonians. The land that is constitutionally theirs is being ripped away from them. This, I’m afraid, has very little to do with eating beef. It’s a political mindset.

If you want further proof that Bolsonaro is a complete lunatic, here it is. Just a few weeks ago, the head of Brazil’s National Space and Research Institution was sacked by the President. He was sacked because he defended data showing that Amazon deforestation has grown by 40% in the last year.

Then, Bolsonaro blamed the increase in fires (which he previously denied existed) in the Amazon on charities and NGOs working there. He said they’re doing it to make him look bad.

Well, I’m sorry to burst everyone’s little bubble. But no matter how much plastic you avoid, how much meat you won’t eat and how much protesting you do, until change in Brazil is achieved, the Amazon will still burn. The truth about the Amazon fires is that they’re intentional and political.

Such an amazing swathe of land as the Amazon is valuable, and the far-right fascists in charge of looking after it are, after all, far-right. It’s all about profit. In their eyes, the Amazon belongs to Brazil. What does it have to do with anyone else what they do with it?

So, if you want to save the Amazon, you’re going to have to think a lot bigger than diet.