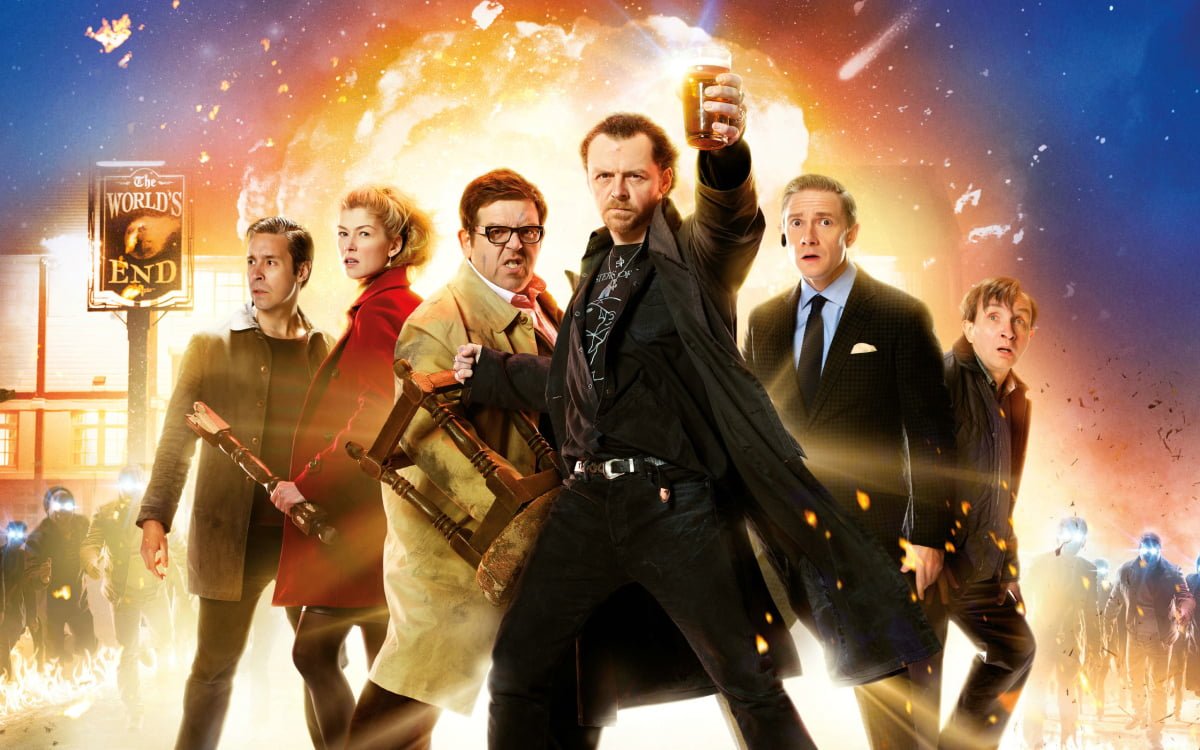 Hollywood ruddy loves a trilogy. It’s a cool word that people remember the meaning of. Think you know what a four movie series is called? A quadrilogy right? Wrong. It’s a tetralogy and honestly who has time to remember that. Second off, two is the smallest number needed to establish a pattern and so the hype you can build for a third installment is an immense money rake.

Unfortunately, three is the smallest number needed to break a pattern. This can lead to audiences deciding that endings to trilogies are usually weak and pale comparisons to the preceding two. Well, I’m here to give some love to some third swings that often go unappreciated.

Beginning with the movie that inspired this list. I feel like this film is criminally overlooked. Its predecessors Shaun of the Dead and Hot Fuzz are frequently cited (often by me) as two of the best comedies ever filmed. And no, I’m not going to say I love The World’s End as much as those two. It’s worth remembering though that this film is still a hilarious, uncompromising ride.

Simon Pegg plays his most against-type role ever as the wash-up Gary King. It has probably the best action directing of Edgar Wright’s career (see the bathroom fight). And like the first two, it has a watertight script where every line in the first half is paid off in the second with subtle ticks and nods across the runtime. Wright’s use of the frame and editing is faster and more inventive than before or since. Consequently, It’s just a great way to spend 109 minutes.

I’ve always found the main criticisms people throw at this flick a little hollow. They’re mostly misuses of the word ‘plothole’ which amount to dull logistics. For example: “How did Batman get here” or “Where is Bane’s prison located?” etc. The answer to both questions if you’re interested, is: it doesn’t matter.

TDKR builds to a climactic conclusion that works as the final culmination of the themes of authority vs anarchy that the whole trilogy has focused on. No, it doesn’t have Heath Ledger’s unassailable Joker but Tom Hardy’s Bane is an imposing foil to all of Batman’s strengths and ideals. It deals with the consequences of actions taken in The Dark Knight logically and satisfyingly and its only real crime is falling in love with its own metaphor a bit too heavily.

For the only time on this list, I’ll actually be arguing the merits of a conclusion over its predecessors. Well one of them at least. The Silence of the Lambs is a masterpiece, obviously. But the second installment of Hannibal is a drastic downturn in quality. Conversely, Red Dragon is possibly the only decent film Brett Ratner ever made. It has a very creepy performance from Ralph Fiennes as Francis Dolarhyde and as always, Antony Hopkins as Hannibal Lecter is as sweet a cinematic chianti as you can get. It’s not a great movie by any stretch but the perception of the Hannibal trilogy as TSOTL followed by garbage is far from the case.