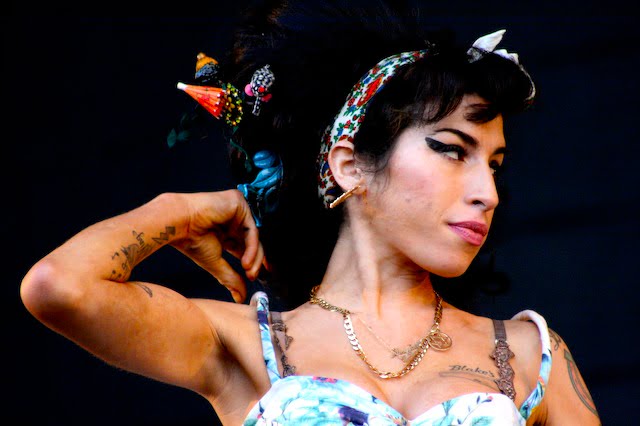 Amy Winehouse needs no introduction. As the most recent addition to the 27 Club, the songstress established herself with her debut album Frank and went on to seal her musical significance with her second album, Back to Black. While the media honed in on her off-stage antics during her short-lived career, there was no denying the prowess she oozed when she picked up a mic.

5. You Sent Me Flying

Written by Amy when she was just 17, You Sent Me Flying was a peek into what was to come from the North London singer. The song was written about how Amy felt after being dumped by a former boyfriend. The poignant ode to heartbreak was produced by Salaam Remi who Amy worked with throughout her career. His musical backdrops teased

Without a shadow of a doubt, this collaboration with Mark Ronson who was heavily involved with the Grammy-winning Back to Black album will forever be a hit. A cover version of the Zutons hit from 2006, Valerie is just one of those songs that uplifts the darkest of moods. Released in 2007 only a year after the original hit the number nine spot on the UK chart for the Liverpool band, Valerie featured on Mark Ronson’s Version album.

One of the most revered unions in contemporary music, in my honest opinion, would be Amy vocals teamed with Salaam Remi in the production chair. Remi, a native New Yorker and more often than not associated with iconic Hip-Hop heavyweight, Nas and the likes of the Fugees, silently dominated Winehouse’s debut album, Frank, both as producer and writer. Stronger than You is undoubtedly a testament to their union.

The lead single from Amy’s second album Back to Black has to be the most recognised Amy song, period. Inspired by her turbulent relationship with Blake Fielder-Civil, the song saw her team up with longtime friend and co musical conspirator, Mark Ronson. The song sold in excess of 1.6 million copies in just the UK and America, certifying it platinum, with a somewhat controversial version being featured on The Great Gatsby soundtrack featuring Beyonce and Outkast’s Andre 3000.

1. Tears Dry On Their Own

The most poignant song from the archives of Amy Winehouse has to be the Remi produced Tears Dry on Their Own, an ode the highly influential Motown era by which Amy was driven. The fourth single from the cult classic Back to Black was driven by the Motown classic, Ain’t No Moutain High Enough and like the majority of Amy’s Grammy-winning album, was written about her relationship with Blake Fielder-Civil.