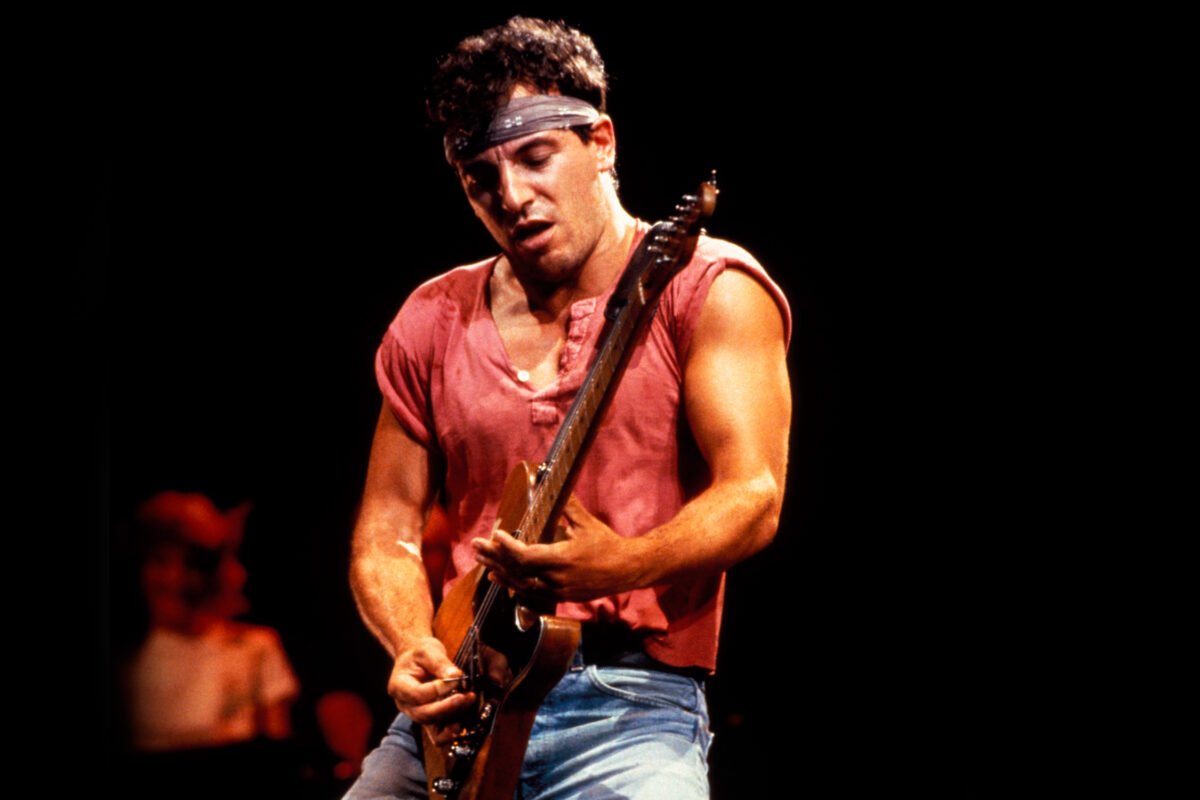 Few singers have achieved the kind of legendary status Bruce Springsteen has. Known as ‘The Boss’, this humble, energetic, and deeply thoughtful musician has produced a life-spanning catalogue keeping generations entertained. And here we take a look at his best five songs.

Sandy has become synonymous with Bruce Springsteen and the E Street Band. It is one of his most thoughtful and unique songs, his raspy, desperate yet enthralling vocals mesmerise you from the opening word: Sandy.

The song is said to closely align to some of Van Morrison’s work, which explains the totally different sound from Springsteen here, as opposed to his work on later albums such as Born to Run.

But what’s to love about this early Springsteen classic is the storyline. As ever, he crafts this whimsical tale of a young man captivated by a woman who is just different to all the others. Bleak-sounding circumstances seem to threaten their chances, but Springsteen has a hope and yearning in this song that makes you think Sandy might take him back.

Straight from Bruce Springsteen’s forever iconic Born in the USA album, No Surrender is a rock banger that has become a staple of the singer’s live performances. And it’s no shock: the song was quite literally made for audience bonding.

With the guitar riffs, the classic Springsteen sound and lyrical genius, there’s nothing not to love about this one. It’s everything about a small town and a few kids, and nothing at all about the rest of the world.

No Surrender is one of those songs that reminds you very easily of your adolescence and the promises we all make as young people to one another. Never giving up, chasing the dream, the lot. The sense of nostalgia, though, does confirm what always happens in life.

“The walls are closing in” he sings. It happens.

Again, a Springsteen classic. I thought long and hard about which song would take the third spot and I suppose it has to be Thunder Road. Purely for the lyrics – they’re just brilliant.

Thunder Road has a kind of realism to it that actually makes me laugh, even if it is thoroughly heartwarming. “You ain’t a beauty but hey, you’re all right” gets me every time. It’s so normal and that’s what I love about Springsteen most. He does epic romance, but the kind that you can vaguely recognise.

Even though she’s all right, his car’s out back for the girl and they’re going to drive away. I just love it. Plus, Thunder Road is 100% a Bruce Springsteen rock anthem.

It’s possible that The River – the home of this epic eight-minute song – is my favourite Springsteen album. It has killed me not adding songs from there on the list. But I couldn’t miss Drive All Night purely because of how I never get tired of listening to it.

The slow rhythm of this song would suggest that eight minutes would bore you. Nope – not here. Bruce yet again tells us a story here: he’s lost someone he loves, he’s sorry, and he’d do anything for her. I love this. And Clarence Clemons’ sax is just so utterly perfect that this song had to be so high up on the list.

Lyrically, some dispute how solid this track is compared to others. It’s no My Hometown lyrically, but the simplicity of Drive All Night is what makes it so genius. I believe every word of our Bruce’s here.

1. Dancing in the Dark

Oh come on, it had to be this.

Bruce Springsteen is probably best known for Dancing in the Dark or Born in the U.S.A and rightly so. They are both unforgettable (even if I didn’t include the latter) and absolutely legendary now.

But Dancing in the Dark is one very special song. Lyrically, it’s one of Springsteen’s strongest. Not even the popularity of “you can’t start a fire worrying about your little world falling apart” is enough to destroy the pure artistry of this song.

It is so highly regarded that it has been labelled as one of the songs that changed the very face of rock and roll. It spent four weeks at Billboard Number One and became Bruce’s best-selling single. Why? Because Dancing in the Dark is what Springsteen does best: telling the story of the ordinary man.

Honourable mentions to ‘If I Should Fall Behind’, ‘I’m On Fire’, ‘Hungry Heart’ and basically the rest of Bruce Springsteen’s songs.