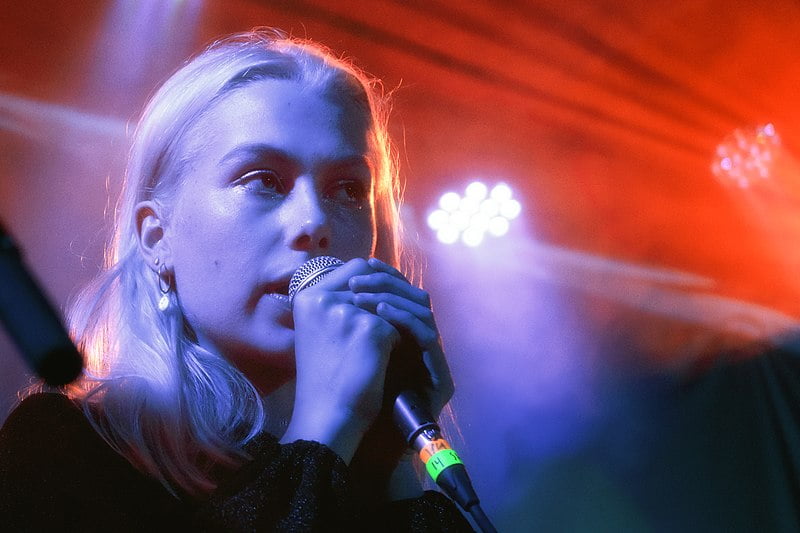 Phoebe Bridgers’ eerie indie rock music has exploded in popularity over the past year, and for good reason.

From her hauntingly beautiful 2017 debut Stranger in the Alps to her 2020 smash hit Punisher, Bridgers has managed to take a well-loved genre and make it her own. Her distinctive, velvety vocals, combined with her paradisiacal lyricism, craft heartbreaking narratives, with themes of grief, toxic love, and mental illness heavily featured throughout her work.

Starting this list off at number five is Funeral, found on the 27-year-old’s debut album. The devastating track details Bridgers preparing to sing at a funeral, and she has stated that the song was inspired by the heroin overdose of a close friend.

The brutal lyricism, laced over a pessimistic acoustic beat, captures an extremely personal moment of grief, yet somehow the track feels oddly relatable.

Next up is Chinese Satellite, an arguably more underrated track that can be found on the indie stars second album, Punisher. With soaring strings and incredibly introspective lyricism, Chinese Satellite is definitely one to check out if you’re new to Phoebe’s music.

Third on the list is another song found on Punisher, ICU – (sometimes styled as I See You). This is another track that showcases some stellar songwriting, with candid lyrics intertwining with a vociferous backbeat.

Returning to Bridgers’ debut for number two, Scott Street laces a gentle, gradually building instrumental with the singers feathery yet firm tones. This track is definitely one of the best examples of the indie musicians vocal ability, and highlights some relatable themes, touching on loneliness, love, and reconnecting with old flames.

Coming in at first place is the powerful hit single I Know The End. A glorious cacophony of catharsis, this powerful indie-rock ballad expertly fuses a varied instrumental with some stark lyricism. Whether you’re a Phoebe Bridgers fan or not, this track isn’t one to be missed.