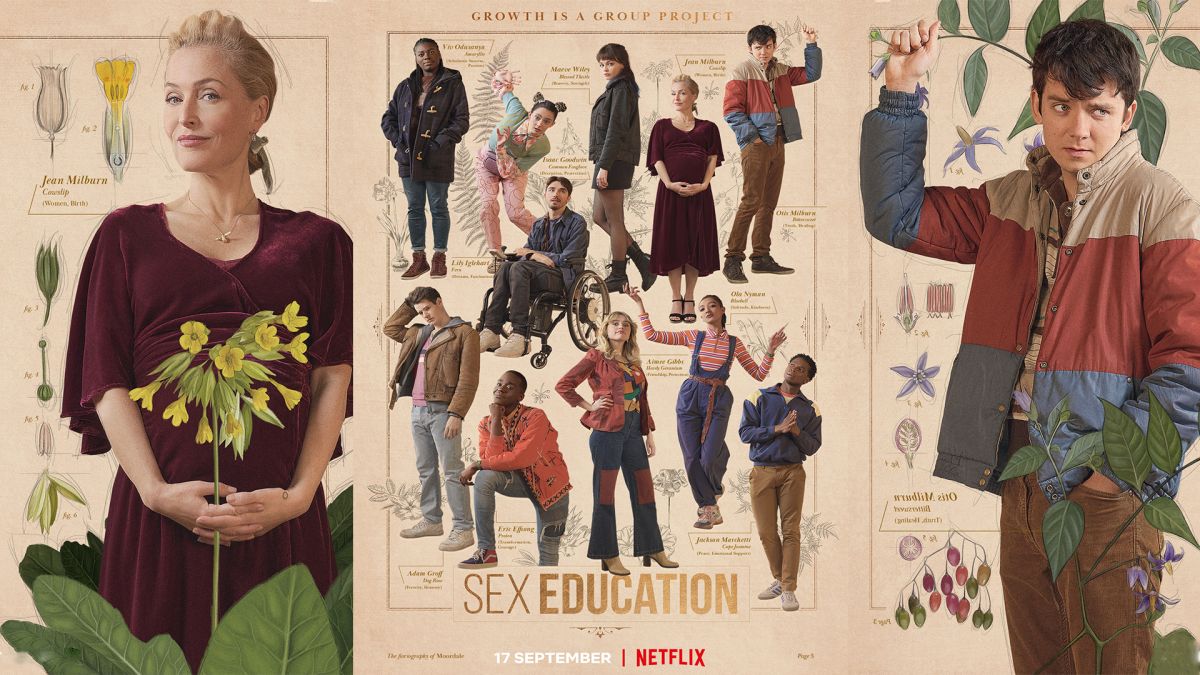 After two top tier seasons of the hit Netflix series Sex Education, it was predictably going to be tricky to live up to the hype.

The worry that the show wouldn’t be able to replicate the success of earlier seasons dissipated quickly. Season three, despite displaying notably darker undertones at points, maintains the charm of the previous series.

The first episode allows us to dive straight back into the vivid world of Moordale, expertly crafted by screenwriter Laurie Nunn. We are once again re-introduced to the colourful cast of core characters and are given an update on their lives in a classic, Sex Education-style montage.

Our protagonist Otis Milburn (Asa Butterfield) has come a long way from the nervous, virginal teenager seen in season one. After a dysfunctional, short-lived relationship in the previous season with Ola (Patricia Allison), Otis is now having regular casual sex with Ruby, one of the most popular girls in school.

Ruby’s character development over the series proves to be a highlight, thanks in part to her portrayal by the brilliant Mimi Keene. 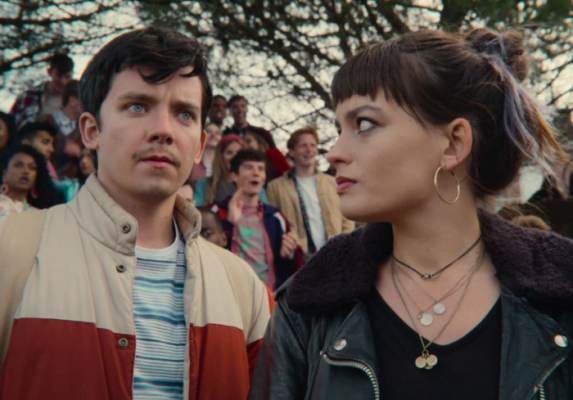 However, despite his budding relationship with Ruby, Otis is still entangled with his former business partner and complicated love interest Maeve (Emma Mackey).

Even though the sex clinic is no longer running, these two still find ways to cross paths – a memorable moment comes when the two are stranded on a French trip and share their first kiss under the neon lights of an empty petrol station (which allows for an excellent example of Sex Education’s unique yet underrated cinematography).

Otis’ best friend Eric (Ncuti Gatwa) and his boyfriend Adam (Connor Swindells) are still together, but it’s clear that Adam’s struggle with masculinity is still preventing him from opening up fully to Eric.

This contributes to Eric’s behaviour in Nigeria, where he is shown a world of unapologetic queerness where he can be himself, even in a country that imposes strict limitations on homosexuality.

This doesn’t make Adam’s story any less heartbreaking, however, with his difficult personality clearly inherited from his father, ex-Moordale headteacher Michael Groff (Alistair Petrie). Michael has struggles of his own this season, with his past trauma being explored when he is forced to move in with his tyrannical older brother following his divorce.

Michael’s unexpected blossoming friendship with band teacher and charismatic fool Colin (Jim Howick) is an amusing subplot that enables the show to explore not just the relationships between teenagers, but adults also.

The relationship between Otis’ mother Jean (Gillian Anderson) and Jakob (Mikael Persbrandt) is also interesting to watch, with them agreeing to co-parent after Jean discovers she is pregnant. The show has received praise for the way it has handled the sex therapist’s pregnancy, with many noting that older women are often not portrayed as maternal on television.

Throughout the series, the concept of identity is placed at the forefront. New non-binary student Cal (Dua Saleh) struggles to find their place and develops an unlikely friendship with Jackson (Kedar Williams-Stirling).

The endearing, ditsy Aimee, played perfectly by Aimee Lou Wood, is still struggling to come to terms with her sexual assault, and is seen attending counselling sessions with Jean. The inclusion of this storyline is refreshing, with the show shining a spotlight on the important truth that sexual assault isn’t something that just disappears, and that the impact of this trauma can last for a very long time.

The students’ identity, which was previously seen in their individual choices of clothing and their funky hair and makeup, is stripped away by new totalitarian headmistress Hope Haddon (Jemima Kirke). She enforces a uniform, paints the lockers, and sets up dividing lines in the school to force the students to walk in single file.

Her conservative stance on sex education raises questions from the student body, with feisty Maeve asking her if the boys were taught about pregnancy too. Maeve’s advocation for abortion, after her own in season one, is a welcome example of the feminist statements littered throughout the show. 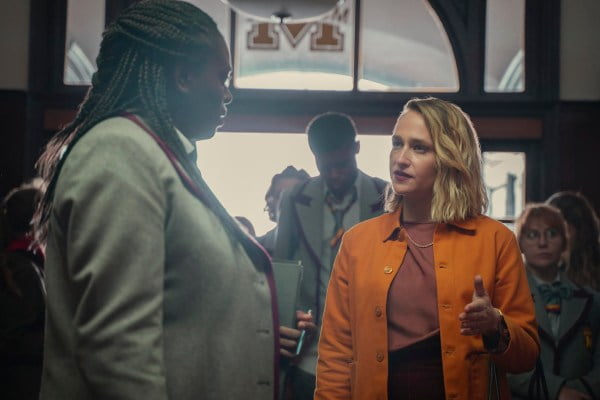 Their defiance against Hope at the end of the series demonstrates an important aspect of the show: their identity cannot be torn away. The sex-positive attitude felt amongst the student body is here to stay, and it’s refreshing to see some of the other teachers, including English teacher Miss Sands (Rakhee Thakrar), join the students in their protests.

Overall, Sex Education season three is a delight to watch. The strong cast and sublime cinematography immerse you in a world of sex positivity and a celebration of identity.

With another season given the green light, it will be interesting to see how our cast of teens develop further, as they grow up and leave Moordale behind.